Why Is Rafael Nadal Such a Little Bitch?

His refusal to stand up for Novak Djokovic in Australia diminishes his legacy. 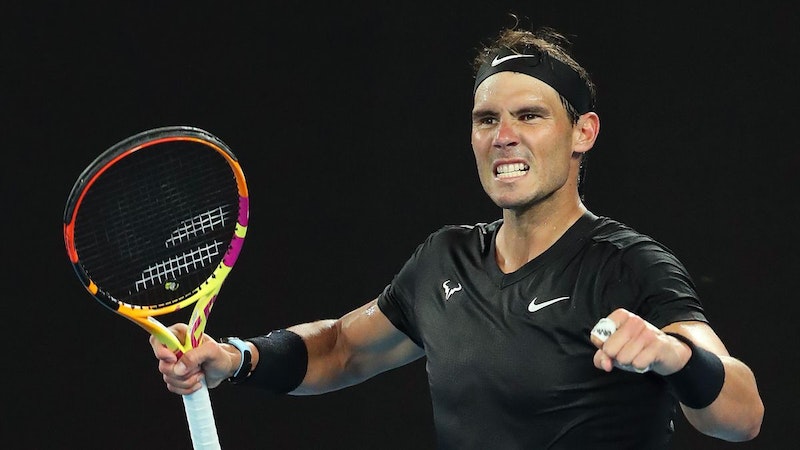 As Novak Djokovic, world number one and winner of 20 major tennis titles, was detained in the fleabag Park Hotel in Melbourne, Rafael Nadal, holder of 20 major tennis titles, weighed in on the travesty that was unfolding in a rundown structure where the authoritarian Australian government has detained unfortunate migrants for up to nine years. The Spaniard started by saying that "In some way" he feels sorry for the Serb, but quickly dispensed with the perfunctory and proceeded to state that it's all Djokovic’s fault, because he made the decision not to get vaccinated.

A real champion (e.g. Roger Federer) doesn't talk that way about a fellow champion. A real champion says that he hopes his rival will be able to play in the tournament. Nadal's editorializing sounded like an attempt to preemptively remove the asterisk that will be affixed to his name if he wins this tournament without having to face Djokovic, who's the greatest tennis player of all time. But perhaps that wasn't his intention. It's more likely that the Mallorcan's weasel words were merely a reflection of his goody-two-shoes, "teacher's pet," personality. Rafa's always been the obedient boy dying to please.

Teacher's pet got vaccinated early, but was still infected. And it was no big deal for him as a young, fit athlete. But he wants to pretend it's huge that Djokovic's not vaccinated, even though 92 percent. of Australians over the age of 16 are already double-vaccinated.

Don't forget: we all must get vaccinated because of the extreme efficacy of the shot, and then we must keep wringing our hands after getting jabbed because that makes us good, caring citizens, unlike those bitter-clinging hillbillies with their guns and God. Some of those redneck freaks even believe that therapeutics might be useful in combating Covid.

Djokovic was detained after he got off the plane in Melbourne, having believed he'd received a vaccine exemption on his visa status. Nadal's analysis was at the dullard level, but pro tennis fans, with the exception of his numerous slavering fanboys, generally understand that Rafa's not a "deep thinker." The guy's hit too many tennis balls, and hasn't read enough books. Nadal has the personality of a robot, and plays like one too. There's little artistry in his steamroller game, and even less nuance in his thinking.

By now it's common knowledge that the vaccine doesn’t prevent individuals from contracting COVID-19. Another fact: There have been 922,892 infections and 2367 coronavirus-related deaths reported in Australia since the pandemic began.

In other words, the chance of dying of Covid in Australia's minuscule, but a lot of Australians are freaking out over one unvaccinated guy entering the nation—he's the new Typhoid Mary. There was a huge uproar in Australia when rule-abiding Aussies heard that the presumably unvaccinated Djokovic was going to be allowed into their "virus-free paradise," a state that was achieved via authoritarian lockdown measures, including the military going door-to-door. "Show us your papers?" What is that reminiscent of?

On Monday, a judge in Melbourne ruled that Novak Djokovic should be released from detention, and that the government's cancellation of his visa is overruled. But Canberra's not done with messing around with the tennis great. Australia's immigration minister still has the power to cancel his visa, and is "currently considering the matter."

Australia's citizens have been locked down for a long time, and politicians realize they can drum up resentment against a rich superstar characterized as skating along outside the rules that the common citizen must obey. This tweet sums up the pettiness of the mentality: "All he needed was the vaccine. I can’t work without one. Why is he any different?"

Why not ask why your government won't allow you to work without one? Also, Djokovic's won the Australian Open a record nine times, and has also done nothing but praise Australia over the years. Still the greatest tennis player who ever played on Australian soil was forced to sleep with the cockroaches in a dump because some righteous Aussies want him to comply with all the rules that've made their lives so miserable.