No speculation here on current MLB lockout, and a Beltway pundit phones in a column to The New York Times. 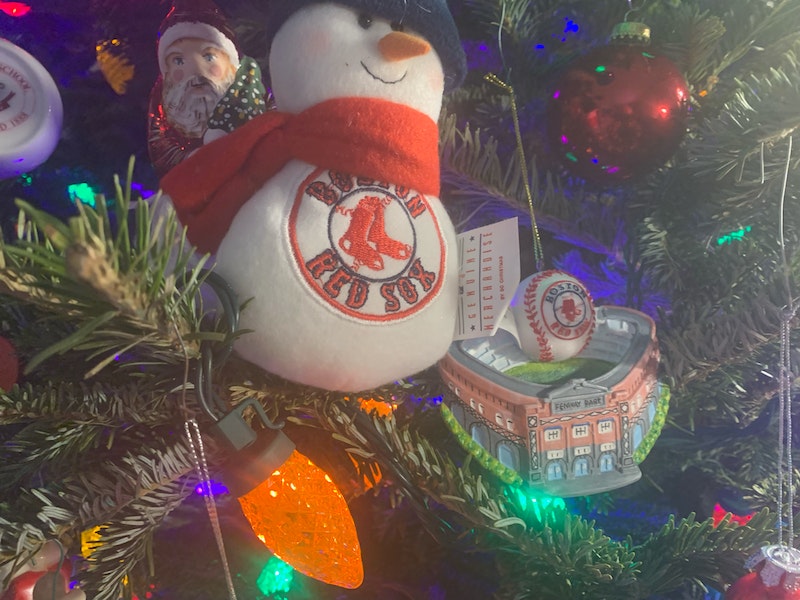 One of my favorite websites—throughout the year—is Major League Baseball Trade Rumors, a mostly non-judgmental compendium of the latest MLB news, including free-agent signings, injury updates, links to new stories by sportswriters from daily papers as well as The Athletic and ESPN (the latter two I usually look at with an arched eyebrow) and periodic projections for each team from MLBTR in-house writers. In 2020, when the sport was Covid-reduced to a 60-game schedule, I wondered how the enterprise, owned by Tim Dierkes, would survive. It did, perhaps because of staff cutbacks and unknown financial contributions.

Currently, because of the Collective Bargaining Agreement impasse between MLB’s owners and the players’ union—the former imposed a “lockout” on Dec. 1, shutting down any big-league transactions—MLBTR is at somewhat of a standstill. Look elsewhere for bulletins about progress, or lack thereof, between the two ostensible adversaries—you’ll find nothing really, except garbage from sportswriters attempting to gain traffic by speculating on whether the 2022 season will be scuttled—while MLBTR tries to fill its space with minor league moves, players signing with teams in Japan or Korea and now-irrelevant dispatches about how, say, the Tigers attempted to sign shortstop Carlos Correa. It’s bare bones, and until sometime in January, when the two sides start bargaining again (at least that’s the hope), I suspect MLBTR will resort to blurbs like, “Chicago Cubs Name Johnny Kowalski as Chief Usher For Section 32.”

Unlike other fans and shameless writers, I can’t offer an opinion on what’ll happen in the coming months. Because I don’t know. My guess is that the owners and players will string out the negotiations, some of which will be substantive, some just for show, and then not long before spring training an agreement will be reached. There’s too much money on the table—revenue from TV and attendance, superstar contracts and, in some cases, lucky players, who’ve landed enormous salaries that’ll be on hold—I think, for no resolution, unlike the strike-tarnished 1994, when the disparity was much larger, and talks were held during the season, as opposed to today’s off-season drama. On the other hand, perhaps some weird World War I-like chain of events will spiral out of control and one or both sides will say fuck it, and see you in 2023.

It’s true that in today’s strange pro-union environment, with companies, because of worker shortages, forced to either prophylactically raise wages, or accede to employee demands, one more strike wouldn’t seem extraordinary. Some fans are disgusted with both the owners (I have no patience for franchise proprietors who cry poverty—these are very wealthy men, often hobbyists, who’ve purchased ballclubs) and the players, who, like other entertainment notables, earn a lot more money that those who root, root, root for the home team.

Some of the (varying) conditions laid out by both sides make sense to me: for example, penalizing teams that traditionally “tank” in mid-season to secure a favorable draft slot by favoring clubs that had so-so seasons but didn’t give up. And if the union succeeds in raising the “minimum wage” for MLB players from its current $570,500, that’s okay, too. I don’t like the agreement by both sides about expanded playoffs—the only sticking point is the number of teams—since that screws some teams who had great years but might be eliminated in a one-game showdown. (I like the Wild Card, but why it’s not a two-out-of-three affair is beyond me.) I understand the players’ desire to impose a payroll floor, but that’s unfair to a team like the shrewd and thrifty Tampa Bay Rays, always in contention, as opposed to the Baltimore Orioles, who’ll likely open the season with a payroll no larger than $1.5 million. (A joke, but not so far from the truth for a mismanaged franchise which is bound to be bought and moved to another city.)

I don’t really care too much about the length of games—except during the World Series, when games ought to start at seven, not eight—maybe because I’m used to Red Sox games taking forever. Like millions, I’ll be pissed if there’s a strike—after 1994, my brother Jeff, a lifelong Yankees fan, refused to attend a game until ’97, and I cancelled my season tickets to Yankee Stadium (used mostly for my New York Press clients) but it’s not as if I’ll give up on the game. Too long in the tooth for that. I want to see how Boston Chief Baseball Officer Chaim Bloom constructs the Sox roster to compete in the fierce A.L. East. I want to see the tribute to the late Jerry Remy on Opening Day. I want the Yankees to finish below .500. In a sport that throws around billions, with both the owners and players reaping that cash, it’s nearly inconceivable that a deal won’t be struck. But I saw the ’86 World Series blown by the Red Sox, crossing fingers with two outs in the ninth and the scoreboard at Shea Stadium prematurely congratulating Boston, and that was bitter. And so would No Baseball in 2022.

In general, as readers of this space know, I don’t care for The New York Times (although I subscribe.) However, one positive is that the company runs the best website in the English-language world. No other media enterprise comes close: with its library of archived articles, slideshows, podcasts, blogs, interactive features and in-depth historical presentations, one could spend six hours a day on the site. Not many do—just as decades ago it would’ve been impossible to invest that much time at the library every day—but it’s there for the taking.

The Times’ enormous investment in its digital product—where the dough is—has, however, compromised the paper proper. A friend of mine, who supplements his income by freelancing for several publications, told me that the fee for a “guest opinion” at the Times has now shrunk to $150. If there were a National Writers’ Union—and maybe there is, but I’m unaware of it—you’d think the Times would be a prime target, considering it’s sitting on a Mt. Everest of cash. It doesn’t really bother me since I’ve never submitted to the paper, but for working freelancers that must be tough to swallow. The “prestige” of a Times byline isn’t a coupon you can present at the supermarket for a bag of oranges, disinfectant or Pepperidge Farm cookies.

Maybe that’s why last weekend, Matthew Continetti, a notable Beltway writer, phoned in, or texted, his article “Will Trump Ruin a Red Wave in 2022?” Continetti, a polite #NeverTrump conservative, warns that despite the current signs that the GOP will clean up in the midterms, Trump’s involvement in House and Senate races of his choosing could doom Republicans in those states. He also correctly cites past nutty GOP candidates during the Obama years—Todd Akin, Christine O’Donnell, Sharon Angle and Richard Mourdock—that tamped down GOP gains—but banks, I think, too heavily on the former president’s pull as time moves on, he ages and is ignored by more and more people.

Yet Continetti’s conclusion contradicts the rest of his essay. He writes: “Republicans appear either unwilling or unable to treat the former president as a figure from the past whose behavior has done the party more harm than good. They take false comfort in the idea that midterm elections are ‘thermostatic,’ the inevitable repudiation, climactic in nature, of the governing party. They assume they will win next year without doing anything of significance. And they may be right.”

I’d say that blocking Biden’s profligate BBB bill was “significant,” and in general refusing to endorse lockdown culture and vaccine mandates will help Republicans in November. But anyway, Continetti says Trump could harm their chances but finishes by claiming the GOP might win big anyway.

That doesn’t make sense, and a generation ago, the Times’ robust research department would’ve called Continetti and asked for a re-write. But fact-checking and editing at the Times (and elsewhere) are as dead as John McCain. Maybe Continetti figured he’d pocket the fee after an hour’s work and be on his way.