The Rays Take a Risk

Wander Franco is likely worth every penny for Tampa Bay. 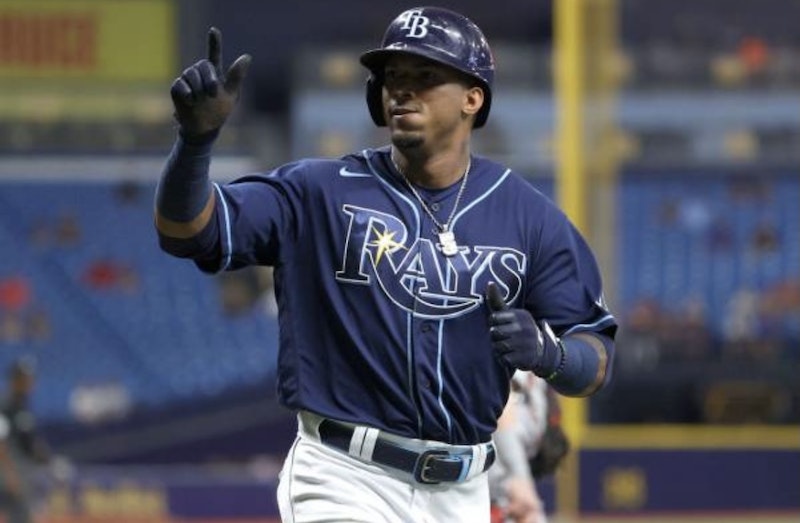 The Tampa Bay Rays gave shortstop Wander Franco a massive extension last week, signing him to an 11-year deal with $182 million guaranteed. It could pay him a maximum of $223 million.

It’s a lot of money for a young player and somewhat surprising to see a low-budget club like the Rays splurge. No one knows whether this will be a great or disastrous contract. It’s a risk, but it looks like a smart one for the Rays. It's surprising, since the 20-year-old Franco played less than one big league season before this massive contract. He played in 70 games as a rookie in 2021, hitting .288 with 30 extra-base hits, including seven home runs. He also had an .810 on-base percentage. He struck out just 37 times in 281 at-bats and drew 24 walks. Franco was a productive player at the plate and he can handle playing shortstop at the major league level. He has a big upside, even if none of those numbers pop out. He had a 3.5 WAR, according to Baseball Reference, and finished third in the Rookie of the Year voting despite not making his debut until June 22.

One might wonder what’s the point of locking him up now when he won’t be a free agent for several years, but it makes sense for a low-budget club like the Rays. The Rays could get plenty of productivity out of him at a low cost over the next several years because players don't become eligible for free agency until they reach six years of service time—and they’re not eligible for arbitration until they hit three years of service time.

However, if Franco develops into a star shortstop, the Rays aren’t in a position where they could offer him a big contract to entice him to stay. They don’t have a big budget like the Los Angeles Dodgers, New York Yankees, or Boston Red Sox. The Rays spent $70.8 million last year while the Dodgers spent $271.2 million, the Yankees spent $205.7 million, and the Red Sox (ranked sixth in payroll) spent $189.5 million. The Rays are spending more than they have in the past, but aren’t well-situated to be the highest bidder on the open market.

The Rays were able to offer Franco a conservative contract. They gave him a lot of money and a home for the next decade. Even if he ends up being a lousy big leaguer, he still gets a lot of money. If he does become an elite player, he can sign with someone as a free agent in his early-30s.

Part of the reason why long, big-money contracts rarely work out is that players are older when they sign them. Pro ball players usually peak around 29 years old. If someone signs a mega-contract around 29 or 30, they’re going to be old in baseball years by the end of the contract and less valuable. Those contracts also involve paying players for past production; when Alex Rodriguez was at the end of his massive contract with the Yankees, they were paying him for his production in the 2000s—not because they needed a 40-year-old DH to hit .200.

The Red Sox burned more than $70 million on Rusney Castillo before he ever played in an MLB game and it was arguably the worst contract they ever handed out (along with Pablo Sandoval). The Rays have seen Franco compete, including the post-season, and made their decision based on it.