Her tenure as a minor-league manager for the Yankees could be a future blueprint. 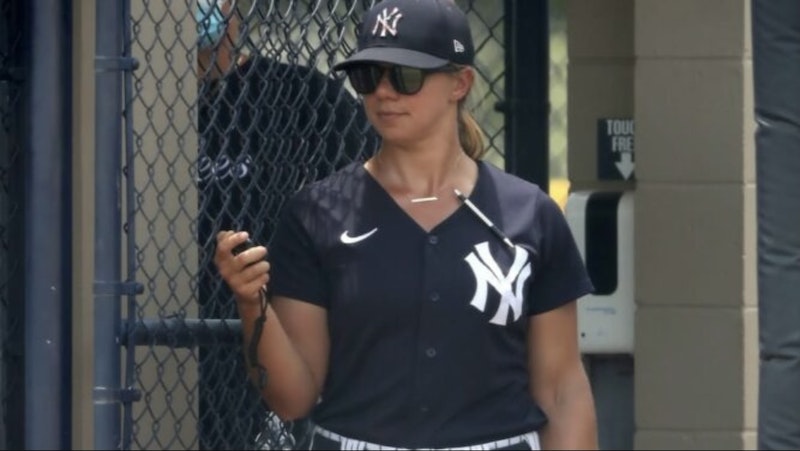 The Tampa Tarpons (Yankees low-A minor league affiliate) announced that Rachel Balkovec will serve as the team’s manager. The 34-year-old is a former college softball player who’s worked in professional baseball since 2012.

While some wonder whether a woman can manage a professional baseball team, I don’t see why not. Who knows if Balkovec is going to be a great manager, a dud or middling. But if a team thinks the best candidate is a woman, that’s the smart choice.

If someone knows how to handle a clubhouse, that's what teams need in a manager. Making strategic in-game decisions is good, but it's not the most important trait at the minor league level. While players want to win games, the minors are a place for player development. Winning and player development are conflicting interests. If a top prospect that throws 97 miles per hour is struggling, a team probably won't stop pitching him in the eighth or ninth inning in favor of some roster-filler who throws 85 miles per hour from a three-quarters delivery and has two pitches.

One critique of hiring a woman manager is that she didn’t play professional baseball. However, in the past 25 years, there have been three MLB managers who didn’t play. That doesn’t include the countless minor league coaches who didn’t play in the pros either. John Boles became the first in the modern era. He took over as the Florida (now Miami) Marlins manager in July 1996 after the team fired Rene Lachemann. Before that, Boles served as the Vice President of Player Development under then-general manager Dave Dombrowski.

Then, after the Marlins got rid of Jim Leyland as their manager after two seasons (1997-1998), they hired Boles to be the manager for the 1999 season. He served for two full seasons, and the Marlins fired him during the 2001 season. Similarly, the Marlins had a front office executive as manager for part of the 2015 season after they fired Mike Redmond in May. Dan Jennings, who was the team’s general manager, ended up managing 124 games. The Marlins brought in a new manager at the start of the 2016 season.

Plus, the Toronto Blue Jays did this in the early-2000s. Carlos Tosca was the team's manager throughout the 2003 season. He got the role in 2002 when the Blue Jays fired Buck Martinez during the season; Tosca had been the team’s third base coach. The Blue Jays fired Tosca during the 2004 season.

Another critique may be whether or not a woman manager can earn the respect of the team. We haven't seen yet how young male players will respond to this change. Some may take it well. This also depends on the individual hired for the job and the players on the team. And while Balkovec’s tenure as manager may show us whether or not this is viable for other teams in the future, she’s just one person.

Some things in baseball are easy to predict. If there’s an MLB season this year, the Baltimore Orioles will have yet another losing season. Unlike the Orioles’ inevitable lack of success, however, Balkovec as a manager is an unknown. She may end up being great at it.