What’s Going on With the Red Sox?

Does Ben Cherington have a plan? 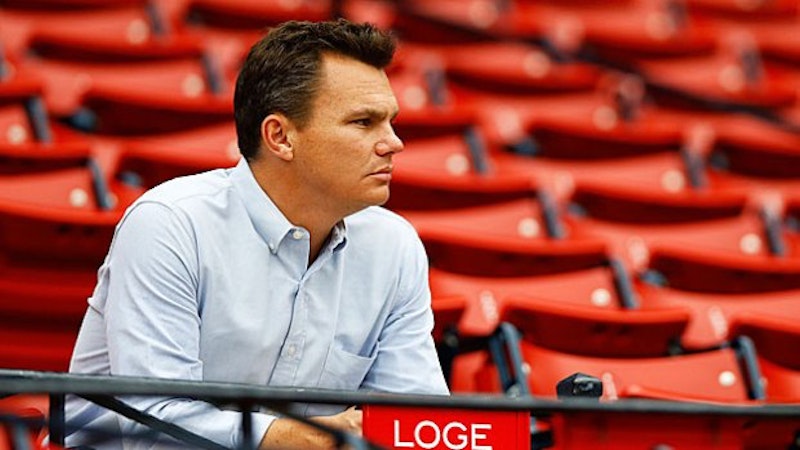 Does Red Sox GM Ben Cherington know what he’s doing? Is there a master plan? A method to what has been a very maddening six months? I doubt it.

The summer was full of transactions: Jon Lester for Yoenis Cespedes (excellent), Andrew Miller for Eduardo Rodriguez (just as good), John Lackey for Allen Craig and Joe Kelly (questionable at the time, idiotic in hindsight), and the signing of Rusney Castillo, which made every Sox fan ask, “Where will all these outfielders play?” The generic response: “Who knows, but it’s a good problem to have.”

A good problem to have.

Cherington loves good problems. That’s why he added two more in late November. Pablo Sandoval and Hanley Ramirez weren’t necessary additions. Mookie Betts could’ve played third base and practically anyone on the 25-man roster could’ve played left field. But these are good bats, why not add them to the lineup? Having too many capable hitters isn’t bad; it’s just a good problem to have.

But y’know what? It’s still a problem.

The question: was this the Sox’s plan for the 2015 season, or was Cherington just winging it, not even thinking six months ahead? The Ramirez signing suggests the latter. Why would he trade Lackey, a cost efficient veteran pitcher (something that the team is lacking right now) for a mediocre starter/reliever and an out of favor outfielder, when you planned on signing Ramirez? Now instead of having Lackey anchor the rotation (a rotation that desperately needs anchoring), the Sox are stuck with more good problems.

Reports that Boston was specifically targeting players that perform better in the bottom half of the strike zone mollified fans for a little while. “Okay,” everyone said. “In Cherington we trust.” This news put the acquisitions of Ramirez, Sandoval, Rick Porcello, Wade Miley, and Justin Masterson in perspective. But did Cherington consider the fact that the Red Sox will have a terrible left side of the infield? A lot of ground balls will go past Sandoval and shortstop Xander Bogaerts this year.

And even if Sandoval and Bogaerts suddenly turn into Luis Aparicios in the field, are Porcello, Miley, and Masterson even good enough, collectively, to make up for the two questionable holdovers from 2014, Kelly and Clay Buchholz? The general consensus is no, which is why most pundits feel that Cherington will acquire an ace before the season begins. And while trading for a Cole Hamels or David Price would be welcome, it would also push Kelly to the bullpen, making the Lackey trade even more puzzling.

This offseason doesn’t take to analysis. We could be watching a dynasty take shape or a failing franchise making a New York-esque bid for relevancy. Taylor Swift said it best: “It’s gonna be forever/Or it’s gonna go down in flames.”