What Does Mark Trumbo’s Return Mean for the Orioles? 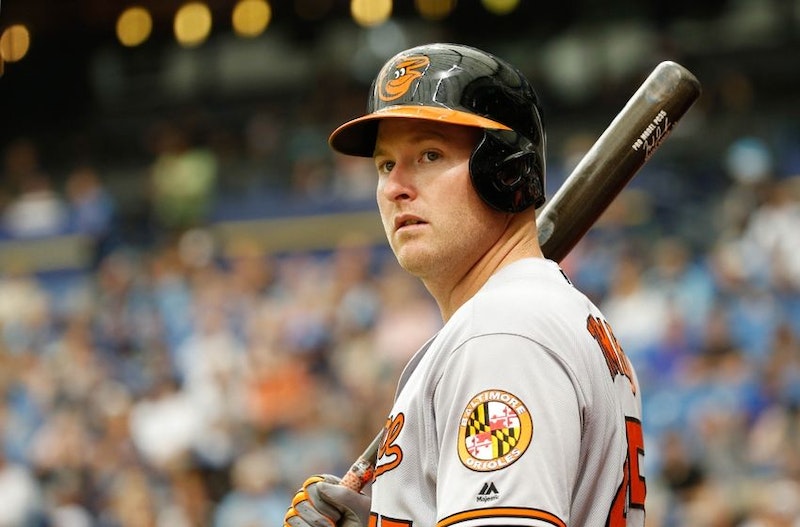 The Baltimore Orioles and slugger Mark Trumbo agreed on a three-year, $37.5 million deal to keep MLB’s reigning home run champ with the O’s. Trumbo signed for less money than the Orioles reportedly offered earlier this offseason. It looks like a good deal for Baltimore in terms of both dollars and years. Even if Trumbo regresses at the plate or becomes a bigger defensive liability as he ages this deal won’t crush the franchise. What does Trumbo’s return mean for the Orioles in 2017 and beyond?

First, Trumbo’s new deal is a signal that Dan Duquette’s recent interviews extolling the value of receiving a compensation draft pick in the event of Trumbo’s departure was bunk. Duquette’s history in Baltimore reveals a pattern of undervaluing draft picks. He surrendered picks to sign Nelson Cruz, Yovani Gallardo, and Ubaldo Jimenez. Duquette has also traded picks for payroll relief that was later used in attempts to bolster the club (Gerardo Parra disaster). Duquette’s awakening on the value of draft picks sounded like a negotiating ploy from the start. Trumbo’s return is further proof.

Trumbo’s return also means the Orioles are in full win-now mode. Manny Machado, Zach Britton, and Adam Jones can all hit the free agent market following the 2018 season. There’s been speculation that any, or all, of them could be traded at some point between now and the start of the 2018 season if the Orioles underperform. Trumbo’s return makes such a scenario unlikely. The team you see now is, for the most part, the team you will see through the 2018 season. The O’s will probably just ride or die with Machado and Britton rather than seeking to reload the farm system with blockbuster trades.

What now for Trey Mancini? It appeared he was a fine Trumbo replacement. Trumbo’s return probably means an extended stay in Norfolk for Mancini. He’s limited defensively and profiles as a first baseman or DH. He could see some at-bats against lefties for the O’s this season as a platoon option for Seth Smith and Hyun Soo Kim. Mancini could also be dealt at the trade deadline to help a starting rotation that will surely need assistance.

The pressure is also on for Kevin Gausman and Dylan Bundy. The Orioles are reportedly working to ink Chris Tillman to a long-term contract before he hits free agency next autumn but Tillman, at his best, is a #2 or #3 starter on a contender. If the Orioles are going to seriously push Boston and Toronto for AL East supremacy over the next two seasons they’ll need Gausman to fulfill his potential as an ace. Gausman appears to be on his way after a dominating second half in 2016. The Orioles will also need Bundy to stay healthy and productive over the course of a full season. Bundy was brilliant at times last season but he quickly wore down under the strain of his first full season since 2012.