The Red Sox should sell high on the reigning Cy Young Award winner. 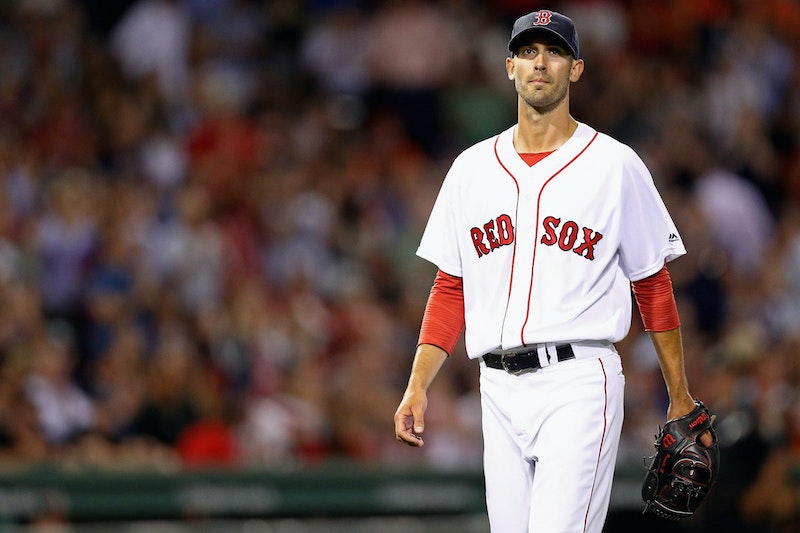 Selected 27th overall—his stock artificially low due to high bonus demands—in the 2007 MLB Draft, Rick Porcello pitched his first major league game at the age of 20, a phenom showcasing his precociousness and representing Detroit's future on the mound. Instead of developing into an ace, though, he sat comfortably as a solid number-four starter, averaging 2.2 fWAR and 1.6 rWAR between 2009-2015. He broke out in 2016, his second year with the Red Sox, and won the Cy Young Award after Tampa Bay reporters cast some fishy ballots.

That's not to discredit the improvements he made in 2016: Porcello posted the second lowest BB/9 among qualified pitchers—at 1.29—in MLB; he also logged 223 innings, sixth best in baseball. But, unless he can maintain that walk rate and continue throwing 200+ innings, he won't be a perennial Cy Young contender. Hell, he didn't even deserve the award last year.

Porcello's successful 2016 was as much a product of improvement as luck. His .269 BABIP is bound to climb up to league average; as such, his 3.89 xFIP is a better indicator of future performance than his 3.40 FIP or 3.15 ERA. xFIP is especially applicable to Porcello because he's shown no ability to control his HR/FB: his 9.3% allowance in 2016 represented a career best, while his 2015 number, 14.5%, a career worst. His left on base percentage, too, will likely fall in 2017.

With that in mind, Porcello's not a bad pitcher, but I doubt he'll be worth anything near the 5.2 fWAR he posted in 2016; he'll probably return to being a 2.8-2.9 fWAR player. He's overvalued, and the Red Sox should take advantage of that.

The 2016-2017 free agent class has been one of the weakest in recent memory. Only one player—Yoenis Cespedes—has signed a contract worth more than $100 million. The Red Sox already demonstrated the strength of the trade market with their Chris Sale acquisition: the White Sox swapped the lefty, with three years and $38 million left on his contract, for Yoan Moncada, Michael Kopech, Luis Alexander Basabe and Victor Diaz—it's one of the most significant prospect hauls in franchise history.

Could Porcello command a similar return? Probably not. Although they're roughly the same age, Sale has a better track record, is owed less money, and offers more upside. That said, there would be a strong market for Porcello, and Boston could set the terms, deciding to either target prospects—in an attempt to rejuvenate their recently depleted farm system—or major league talent. Trading Porcello would also free up payroll space to sign someone like Jose Bautista or Tyson Ross (or both), two current free agents undervalued by the disinterested market. If Porcello is just going to return to his merely above-average Detroit form, why not sell high?