Division is up for grabs. 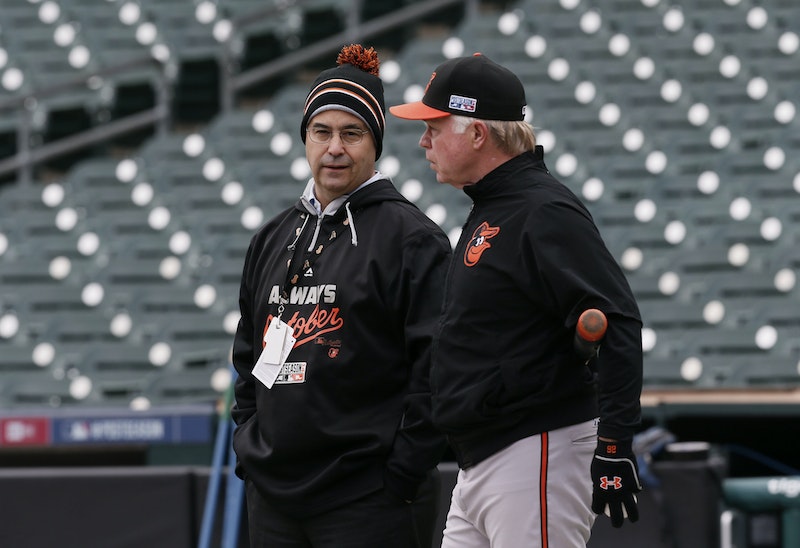 Spring Training’s a month away and there’s work to do on each AL East roster. Here are the biggest question marks:

The Orioles’ outfield alignment remains a huge question even after last week’s trade for Seth Smith. Assuming that Smith gets most of the playing time in right field, and that Hyun Soo Kim and Trey Mancini platoon at DH, the O’s are left with a host of subpar options for left field. If Joey Rickard, Kim, and a pair of Rule 5 picks don’t impress Buck Showalter in February the O’s could come calling for Angel Pagan.

The Red Sox shipped third baseman Travis Shaw to Milwaukee for reliever Tyler Thornburg. Shaw is no great loss but his departure leaves many questions at third for Boston. The Sox are paying Pablo Sandoval $17.6 million this season and they’ll need him to earn it. After missing nearly all of 2016 with a shoulder injury, and pocketing more than $35 million in his first two seasons in Boston for a combined .651 OPS in 129 games, Sandoval will be asked to man third base on a regular basis this season. If Sandoval fails again the Sox will be forced to give way too many at-bats to Brock Holt, or seek out another trade partner.

The Yankees spent $86 million to bring Aroldis Chapman back to the Bronx just a few months after shipping him off to the Cubs. Chapman’s return pushes Dellin Betances back to a set-up role. The back end of New York’s bullpen will be nasty, but the starting rotation and infield are huge wild cards. The rotation is fronted by Masahiro Tanaka’s fragile UCL, the ghost of CC Sabathia and Michael Pineda (6-12, 4.82 ERA in 2016). That trio is backed up by second year starter Luis Severino (5.83 ERA in 22 games) and rookie Chad Green, who allowed 12 homers in just 45 ⅔ innings last season. Brian Cashman has already stated that he’s unlikely to add another pitcher so the Yankees will roll with what they have. The infield corners are no consolation with the underwhelming Chase Headley at third and rookie Greg Bird coming back from a major shoulder injury penciled in at first base.

The Rays’ all-pitch, no-hit formula looks to be carried forward to 2017. Evan Longoria won’t get much help from his teammates but no Ray is more inept with the bat than catcher Curt Casali. The 28-year-old backstop batted .186 with a .609 OPS in 84 games last season. Tampa was so desperate for catching help that they took a chance on Wilson Ramos, currently rehabbing a shredded knee. Ramos, coming off a career year with the Nats, signed a two-year deal for $12.5 million earlier this offseason. He’s not expected to see the field until at least June, which means the Rays will feature a healthy dose of Casali again in 2017.

The Blue Jays already lost Edwin Encarnacion from last season’s ALCS squad, Michael Saunders is as good as gone and Jose Bautista’s still seeking suitors. Toronto countered those losses by signing Kendry Morales to DH and Steve Pearce to rake against southpaws. Now the Jays are stuck with Pearce and Ezequiel Carerra at the outfield corners. The pair of journeyman is quite a step down from Bautista and Saunders. Pearce played just 12 games in the outfield last season and injured himself on a misplay after his mid-season trade to Baltimore. He won’t hold up as an every day outfielder in 2017. The good news for the Jays is that there’s plenty of time for Bautista to re-consider a one-year offer to return to Toronto.