Now the only game in town. 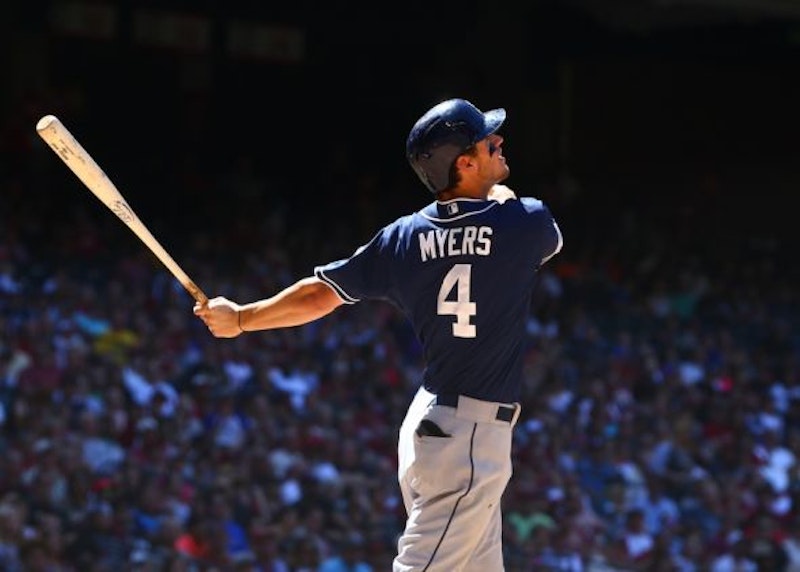 Major league sports is an ugly business. Fans feel they matter until a bigger pile of cash can be found elsewhere. Years of dedicated support to a team more interested in making money than winning are quickly cast aside in hopes of a sweeter deal in another town full of fresh suckers. The fans in San Diego learned the true meaning of diehard when their beloved Chargers packed up and moved to Los Angeles earlier this month. Sports fans in San Diego are now left on the periphery of the big leagues. The NBA left town decades ago. The Padres are the only game in town at this point, which isn’t much comfort.

I’ll be rooting for the Padres this year. They’re unlikely to be competitive but the team does offer some hope. GM A.J. Preller has pulled off trades with the frequency of a first-year roto player since his arrival in August 2014. He spent his first offseason trading prospects for veterans and quickly reversed course. The Padres haven’t won much under Preller’s command but they’ve certainly been active. Preller’s build-up prior to the 2015 season, which included trades for Wil Myers, Craig Kimbrel, and Matt Kemp, was undone with the fire sale of 2016. Preller handed out the two largest contracts in team history, $75 million to James Shields (later traded to the White Sox) after the 2014 season and $83 million to Wil Myers just weeks ago.

Myers came to San Diego in a three-team deal that ended up with Trea Turner and Joe Ross in Washington. Turner is now one of the Nats’ most important players and Ross posted a 3.43 ERA and 122 ERA+ in 19 big league starts last season. Myers battled injuries in his first three Major League seasons but he managed to play 157 games last season and swatted 28 homers after a move from the outfield to first base. Myers’ recent six-year contract extension puts him front and center of the Padres rebuilding plans, though the team would probably be better off with Turner and Ross. For all of Preller’s missteps, including a 30-day suspension last season for some trade deadline shenanigans, the Padres finally seem to have a direction.

Preller traded Drew Pomeranz and Craig Kimbrel to the Red Sox, in two separate trades, for a bunch of prospects. The best of that lot, right-hander Anderson Espinoza and outfielder Manuel Margot, are generally considered San Diego’s top prospects. Margot posted solid numbers as 21-year-old at AAA last season and had a cup of coffee with the Padres. Espinoza could be a factor in the Padres’ beleaguered starting rotation by 2018.

San Diego should also receive a boost this season from a pair of prospects drafted and developed by the home team. Austin Hedges exhausted his rookie eligibility in a 56-game trial in 2015 but he returned to AAA El Paso last season and knocked in 82 runs in 82 games. He might see extended time behind the plate at Petco Park in 2017. Hedges is joined by Hunter Renfroe, a homegrown slugger slated for regular playing time in right field. Renfroe, San Diego’s first-round pick in 2013, has made steady progress through the minor leagues. He blasted 30 homers for El Paso in 2016 and didn’t slow down after a late season promotion to the Padres.