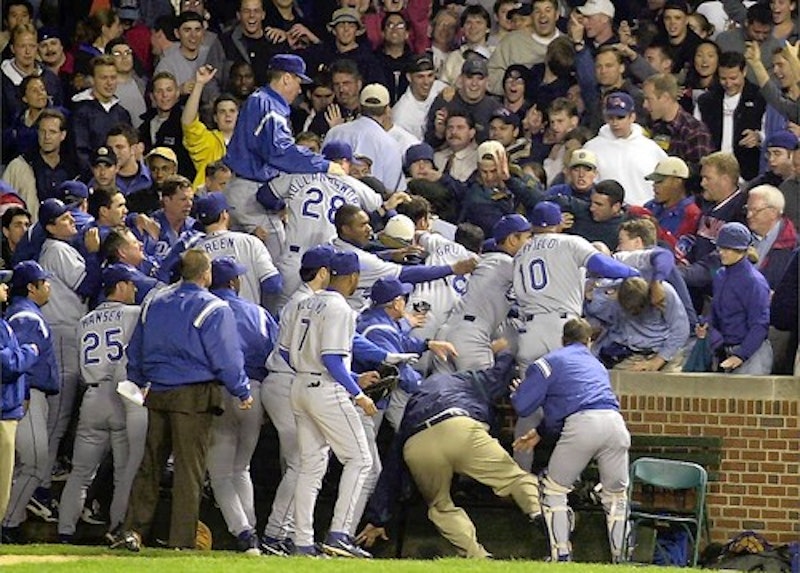 As the baseball years pile on I find the annual frothing over induction candidates for baseball’s Hall of Fame a lugubrious affair. Cooperstown is one big bar argument at this point and every writer’s ballot shows up on social media in a sanctimonious pissing match almost as tedious as watching the NFL’s Pro Bowl. I can do without this backwards-looking ritual every mid-January, so this year I turned ostrich-like to reading trade journals—real print publications still covering industries and employing journalists. No glamour or blogger bravado among them, except for the occasional trade show junket to Las Vegas. The first magazine on my short pile was the December issue of Parking Today, a slick L.A.-based monthly published by Bricepac. The mind can be quickly numbed by front-of-the-book news briefs stating, “Drivers reportedly wasted an average of 55 hours last year searching for parking, representing nearly $600 million in lost time and fuel.”

Vehicle and pedestrian flow management systems are also touted, as well as confessions of semi-retired parking garage architects. But then, bam, on page 34 baseball hits you in the face once again. Two-deck top of the page headline reads: “Crowd Management Lessons from Stow v. LA Dodgers” with the subhead, “Legal disaster can be avoided, or mitigated.” The article was written by a professor who is chair of the sports management department at an obscure New England university. Apparently he testified in the case of San Francisco Giants fan Bryan Stow who was savagely beaten by two Dodgers fans in the parking lot of Dodger Stadium after the March 31, 2011 home opener which the Giants lost 2-1. The 42-year-old paramedic was wearing Giants gear when he and his friends who made the trip from northern California were trying to reach a taxi stand outside the ballpark. After much drunken taunting from both sides, Stow was jumped by two Dodger fans who fractured his skull. Stow’s injuries left him in a coma for several months, and in 2014 he was awarded $16 million to be paid by former Dodgers owners and the convicted attackers who were caught after an extensive Raymond Chandleresque manhunt through the City of Angels With Neck Tattoos.

After insurance and attorney’s fees and lack of payment from his attackers, Stow will probably receive less than $6 million, according to a CNN report. The Stow case also got plenty of publicity in the sports media because of the whole Giants-Dodgers bloody rivalry that’s spanned many decades, and in legal circles it emerged as one of the top personal injury cases in recent years. Apparently, a post-mortem was deemed appropriate for the pages of Parking Today because the whole mess took place in the massive Dodger Stadium parking lot and had security issues swirling around it. The writer of the horse-out-of-the-barn trade mag piece was suggesting facilities managers deal in detailed data maintained with Incident Management Systems. He suggested using consistent terminology such as calling a fight a fight or a battery a battery, but never using both terms in a report. He also encourages excessive (and well-documented) training of all employees and a ratio of one trained crowd manager for every 250 fans as per National Fire Protection Life Safety Code requirements.

This oddball trade mag piece also reminded me of a great line from Jimmy Breslin's 1975 masterpiece "How the Good Guys Finally Won; Notes from an Impeachment Summer" which I predict will become relevant again very soon: "The man in the most trouble in a courtroom always carries the most papers."

Reading the trade magazines, however obscure, was also a way to avoid the realities of Inauguration Day for the former owner of the USFL’s New Jersey Generals. But no, the Stow piece got me thinking about other fan incidents, such as the 2000 brawl in the stands at Wrigley Field, when a fan stole Dodgers’ back-up catcher Chad Kreuter’s cap off his head while he was sitting on the bullpen bench. The fan then ran back up the aisle with it and everyone was about to file it under the category of funny gag or drunken prank until Kreuter himself decided to retrieve it, leading a charge of uniformed Dodgers personnel into the club box section 34 of Wrigley Field where chaos ensued. The guy who took Kreuter’s hat (and punched him in the head) was Josh Pulliam, who’d go on to become a prominent political consultant working out of Sacramento, helping several west coast candidates march to victory after (of course) throwing their hats in the ring.

Then writer Dan Epstein felt it was necessary to post a screen-grab photo of Telly Savalas attending the 1976 ALCS game five at Yankee Stadium wearing a swank fur coat right behind the Yankees dugout. That’s the game Chris Chambliss won with a walk-off homer that incited one of the most intense fan invasions of a baseball diamond ever. Did Telly’s fur coat survive? We may never know because that information went to the grave with Howard Cosell, who bore personal witness to that chaos and anarchy in the Bronx.