John Henry is ruining my team. 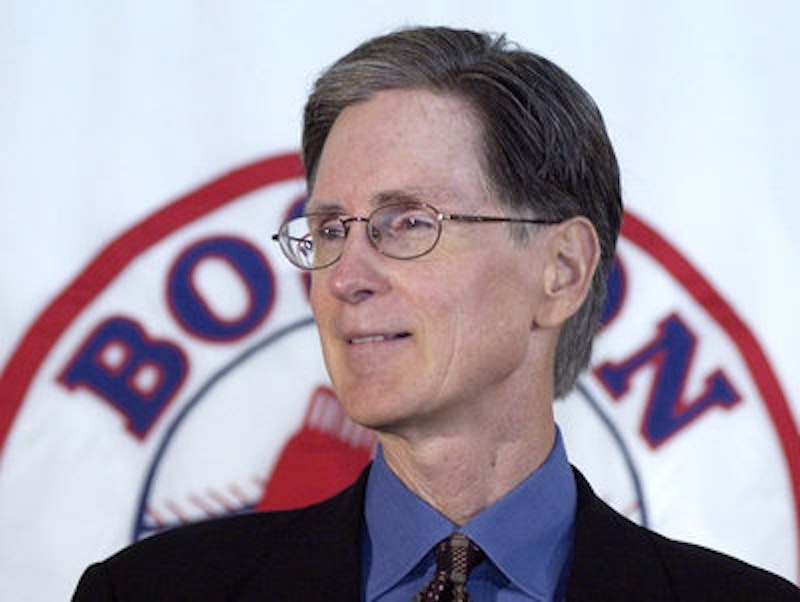 I’m in a baseball rut. It’s mid-March and Spring Training’s well underway, but I don’t feel any excitement for the upcoming season. A dedicated Red Sox fan, I used to get anxious for April, poring over pre-season predictions like the cliché baseball geek I was; this year, for the first time since middle school, I’m ambivalent. At first I thought it was internal: Am I preoccupied with school? Am I growing disinterested with the sport? Can someone outgrow baseball?

And then I realized, no, it’s not my fault. John Henry is to blame. And Tom Werner. Oh, and Dave Dombrowki, too. Screw those guys.

The Red Sox have had a tumultuous half-decade: 2010 was lukewarm, 2011 was an infamous collapse, 2012 was an undeniable disaster, 2013 was a miracle, and the last two years were embarrassing reality-checks. Remember when—spurred on by the success of the 2013 club—executives thought short-term, big-money contracts for mediocre players were the new market inefficiency? Melky Cabrera and Scott Feldman send their thanks, Ben Cherington!

David Ortiz rejuvenated his career. Fried chicken and beer filled the clubhouse. Theo Epstein left for Chicago. Bobby Valentine made an unwelcome cameo. Daniel Nava—a towel boy in college—hit a grand slam on the first pitch he saw in the major leagues. Koji Uehara became the most exciting closer of the century, if only for half a season. Mike Napoli struck out a lot. Then he struck out some more. Cherington signed Pablo Sandoval until 2019. Mookie Betts and Xander Bogaerts emerged as the future of Boston’s offense. Ortiz announced his retirement plans.

The Red Sox have been inconsistent—at times exhilarating, at others depressing—but they always kept their front-office ethos intact: objectivity rules; nerds over jocks. Majority owner Henry destroyed that ethos late last season when he fired Cherington (a good move) and hired Dombrowski (a worse one).

Dombrowski is, by all accounts, a competent general manager. He engineered many playoff runs in Detroit, and his first offseason in Boston wasn’t a disaster. But he represents old baseball, that scouting-over-statistics mentality that ruled before Michael Lewis lionized Billy Beane in Moneyball.

And while they weren’t horrible, Dombrowski’s few offseason moves smack of the go-with-your-gut (il)logic that ruled before computers were invented. Signing David Price—with a third year opt-out—was smart, if obvious. Trading two top-100 prospects for Craig Kimbrel, though, after a down year where his home run rate ballooned in Petco Park, the most expansive stadium in baseball? Idiotic.

The Carson Smith trade was a pleasant surprise—it came out of nowhere, fully-formed—but further suggests that Dombrowski has an antiquated view of relievers. No pitcher wants to be in the bullpen—they’re forced into relief by injury, inconsistency, or simplicity. No GM should aim to build the perfect bullpen—they should sign a large number of low-risk, minor-league deals and see who sticks during Spring Training. The Rays have done it for years.

Signing “lefty-masher” Chris Young to a two-year, $11.5 million contract further clogs the outfield. He’ll be DFA’d in April 2017. And then hiring Frank Wren as Senior Vice President of Baseball Operations? That man looks like a middle school gym teacher.

The most egregious change didn’t come from Dombrowski, though. It wasn’t even an on-field move. Still, it was the worst mistake that the Red Sox have made this century. Late last summer, news leaked that Tom Werner—John Henry’s co-conspirator—fired longtime announcer Don Orsillo. It seems like his on-air foil, Jerry “Remdawg” Remy, is being phased out, as well. How can a team that so shamelessly capitalizes on the concept of “tradition” oust their most loyal spokesmen?

Maybe I’m overreacting. Change is necessary for any organization, and I respect that. But this doesn’t feel right.