Desperate sportswriters look for anything. 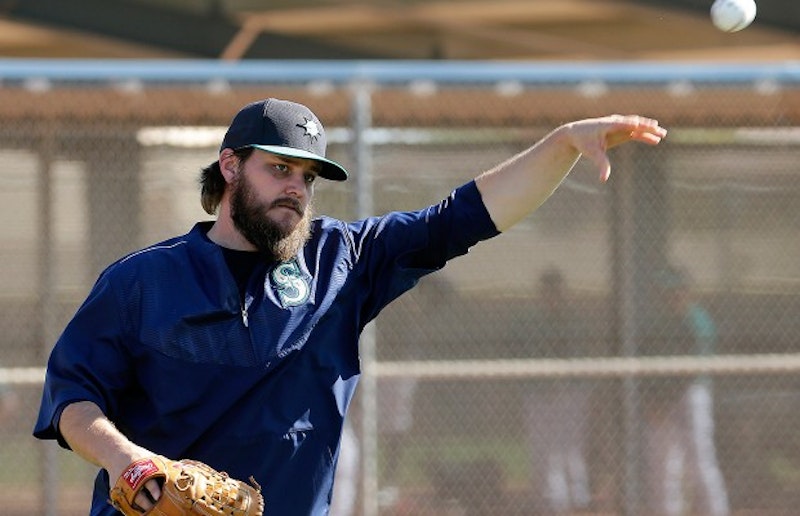 It’s mid-March and professional baseball players are in the humidity of Florida and the dry heat of Arizona, as Major League baseball’s exhibition season is in full swing. Fantasy baseball drafts are occurring all over the Internet while I type this. Somewhere, someone is holding their breath, hoping that Pirates phenom Tyler Glasnow is still available when they draft in a few minutes. That same middle-aged man in Anytown, U.S.A will then be waiting day upon day in early-May for “news” of Glasnow’s promotion to the majors. That debut start in late May or early June will carry with it the extra weight of anticipation. That man may not even be a Pirates aficionado, like Spike Vrusho, whose lively words grace this site. With the infusion of fantasy baseball, everyone who enjoys 98 mph fastballs, and follows top prospects is a Glasnow fan. But what of this spring training “news?”

CBS’ player updates (now using RotoWire as their news source) have often been amusing in their stupidity. The fact that former prospect Gordon Beckham is still in the majors may be news to many. The fact that he “wants to be the Braves starting third baseman,” is not news. It’s a desperate desire for survival. I remember when Beckham was an up-and-coming second baseman in 2009, hitting 14 homers after a June call-up, putting together an impressive slash line for a rookie: .270/.347/.460. Even more impressive for a middle infielder. Turns out, Beckham peaked as a 22-year-old. Seven years later, a career mark of .242/.304/.372 makes that rookie season look like it was injected with some sort of superpower. He put up those numbers while playing in one of the better hitting parks in the American League (Chicago’s New Comiskey, aka U.S. Cellular, aka not Wrigley). I can’t wait until the steroid era is so far in the rearview mirror that we don’t have to bring it up anymore. Sometimes it seems like it is, but not when you consider a career like Beckham’s. Now he’s signed a one-year deal with his hometown Braves, hoping to extend his career into his 30s. How about Gordon’s headline reading, “Beckham Happy He Gets to Play Professional Baseball for One More Year!”

CBS has also given us such gems as “Wade Miley Working on Pitches.” Miley, now with the Seattle Mariners after the Red Sox traded him for bullpen help, is a starting pitcher in the major leagues. What did we think he was doing right now, working on his 7-10 split? Did we think he was working for the CIA? Was he secretly working on other things for the past few months, but now that it’s baseball season, it’s time to work on his pitches? This is not news. But that’s the point, I guess. Websites have to provide something next to Miley’s name, so desperate fantasy baseball owners draft him in the last rounds of their drafts. Miley spent one season in a Red Sox uniform. My brother and I watched him pitch twice last summer, against Miami and the Yankees. The Miami start was decent enough, as he pitched into the seventh inning against a Stanton-less Marlins lineup, giving up three runs. The Yankees start began okay, and then ending up melting down in the sweltering July heat. The Yankees won that brutal Sunday afternoon heading into the All-Star break. Miley gets to “work on his pitches” all spring before heading to Safeco Field, where the marine layer and an occasional match-up with the anemic Oakland A’s lineup will bring his ERA back down to sea level this year.

In Red Sox-related news, CBS mentions that, “Henry Owens Has a Problem with Mechanics.” Okay, but if we’re being honest, don’t a lot of people have problems with mechanics? They’re so hard to trust. You never know if you’re getting ripped off. Unless you know all about what’s under the hood, or have a trusted friend or family member in the business, it’s a giant clusterfuck. I should know as I’ve driven an old Honda Civic for most of the last decade, until mercifully being able to buy a new car last summer. Of course, maybe Owens has a genuine psychological issue with mechanics. Maybe his drug-abusing step-father was a mechanic. Maybe he was bullied in shop class by future mechanics. Who knows? As a Red Sox fan, I just hope he gets some help before April.