Doping and match-fixing allegations must be addressed. 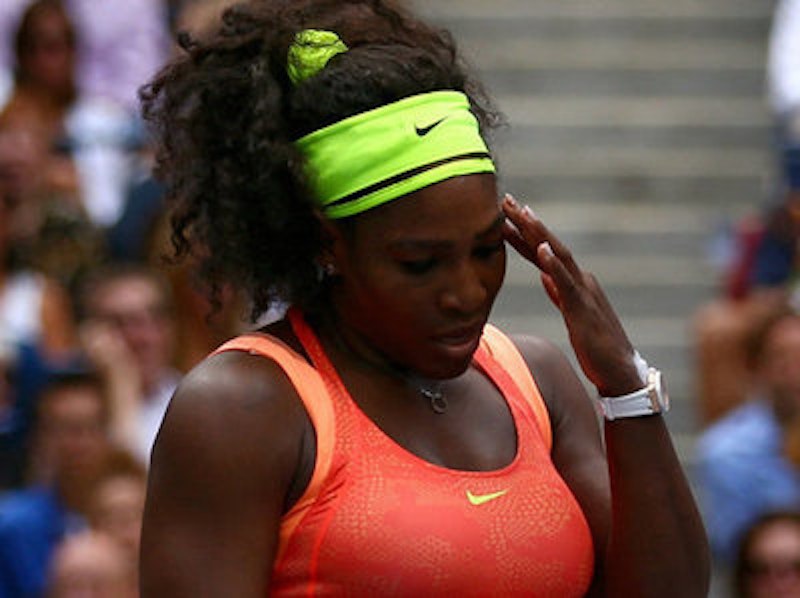 "If I was a lady player, I'd go down every night on my knees and thank God that Roger Federer and Rafa Nadal were born, because they have carried this sport. They really have." It's clear the ignorant person making this statement has little respect for female pro tennis players, who are a superlative group of talented and very hard-working athletes. This guy, Raymond Moore, used to run (he just resigned in disgrace) the Indian Wells tournament in California. Serena Williams learned to play tennis in the rough Compton section of Los Angeles and she fought her way out. While there's little doubt she has great respect for Federer and Nadal, thanking them probably hasn't occurred to her after any of the 21 grand slam titles she's won.

When asked about Moore's statement, Novak Djokovic, winner on the men's side, thought this was the appropriate time to state that he believed men were generating more income for pro tennis than women, and that they should be paid more than women. Now with the world number one male player calling for higher paychecks for the men (men and women are currently paid equally), it looks like this long-standing controversy has been re-ignited. One of the unique and attractive elements of the pro tennis tour is how it integrates men's and women's tournaments into one event. Outside of the Olympics, there are few other opportunities to see the top males and females of a sport compete right next to each other, or even together, as in the case of mixed doubles.

It’s unfortunate that Djokovic, a normally impressive ambassador for his sport, didn’t do the right thing by strongly rebuking a tennis executive running down women's tennis in a degrading manner. He's free to state his case on the topic, of course, but his timing was way off. We can now add the pay issue to a number of challenges facing tennis in 2016, including doping by players. Maria Sharapova flunked a drug test (traces of the banned substance meldonium showed up) after the Australian Open this year. She's now facing a suspension that could end her career.

Drug testing on the tennis tour could improve—Federer and Andy Murray both called for more of it—especially the "out of competition" testing, which is the best way to catch drug cheats. Rafael Nadal’s long been dogged by doping rumors, though he's never failed a drug test. The Spaniard has announced he's going to sue former French Minister for Health and Sport Roselyne Bachelot for saying he missed seven months of tennis in 2012 due to a failed drug test. The woman player subject to the most speculation has been Serena Williams, lack of evidence notwithstanding. David Frum of The Atlantic, casting basic tenets of ethical journalism aside last year, insinuated on Twitter that she was doping with steroids, based on his evaluation of her physique.

High-ranking tour pros Marin Cilic and Viktor Troicki both received drug suspensions in recent years. The best way to tamp down the doping rumors is to tighten up the anti-doping regime, as the last thing tennis needs is a professional cycling type of drug scandal. Cracking down on the match-fixing is another matter. It’s difficult to control what goes on behind closed doors, and there are no tests to detect whether a player is subtly blowing a set. BBC and BuzzFeed News recently obtained documents from whistleblowers inside the tennis world indicating that, over the past 10 years, 16 players in the top 50 were flagged to the Tennis Integrity Unit numerous times for suspicious activity. ATP chief Chris Kermode denied that any match-fixing evidence was suppressed, adding that most of the incidents referred to in the documents were from a decade ago, but this development is troubling. Match-fixing at the lower levels of the pro tour, where players struggle to just to break even, has been a problem for some time, but Top 50 players possibly being involved is different. The integrity of the sport is at stake now.

Raymond Moore is gone now, and that's a plus. There are a few others—and yes, they’re "old white men"—who need to vamoose as well if pro tennis is to move forward. They've hung around too long, and their calcified views don't represent the current state of tennis. Tennis executives need to address the serious issues that could really blow up if they downplay them in a misguided effort to "protect" the sport. Facing reality is always the best option.