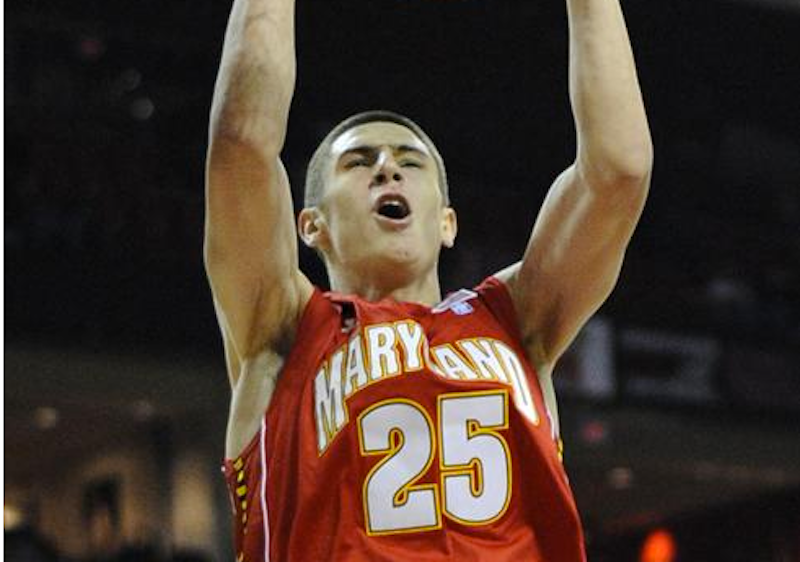 The Maryland Terps scored a 83-72 victory on Wednesday night over the Great Danes of Albany. Despite sporting a terrible mascot (were the Shih Tzu's taken?) Albany had a front row seat for the most exciting night of Maryland's young season. Wednesday marked the debut of seven-foot Ukrainian freshman Alex Len. The young center took on almost urban legend status over the past few months as the Terps struggled to put away seemingly lesser opponents. Sure, the team barely beat Mount St. Mary's, but just wait until we have Alex Len in the lineup. Who?

Len was impressive in his debut, scoring 14 points, pulling down eight rebounds and blocking three shots in 27 minutes. On the downside, he also committed five turnovers, but we'll let that slide for now. The addition of Len gave Maryland coach Mark Turgeon a full roster to play with for the first time all season. Wednesday's victory marked two milestones in Turgeon's short tenure in College Park; first double-digit margin of victory and the first game in which no walk-ons played major minutes.

Len was the final piece to Maryland's very young but promising roster. The team struggled through the first nine games of the season as starting point guard Pe'Shon Howard was sidelined with a foot injury. Howard returned for last week's win over Radford. Howard's arrival meant that sophomore Terrell Stoglin could go back to his natural position of shooting guard and focus on scoring rather than running the offense. Howard also too pressure off freshman Nick Faust, who was playing out of position at point guard rather than on the wing. The addition of Len to the starting lineup on Wednesday pushed Faust to the bench. The youngster responded with one of his best efforts of the season as he scored 10 points, grabbed four rebounds and added two assists in 19 minutes.

Len and Howard may give the Terps a fighting chance to compete in the ACC. A trip to the NCAA tournament sounded like a pipedream when the season started, and fans shouldn't get too excited about the win over the Great Danes, but Wednesday night provided a glimpse of this team's potential. The roster is still very young. The starting lineup against Albany featured just one senior; the rest consisted of two freshman and two sophomores. The Terps have just three upper classmen in the top nine of their rotation. There will be nights when this team is just dreadful, racking up silly fouls and turnovers, but there will also be nights when the court vision of Howard, the scoring ability of Stoglin, Faust running the court, and the size of Len and Ashton Pankey make the Terps as dangerous as just about anyone in the ACC not named Duke or Carolina.