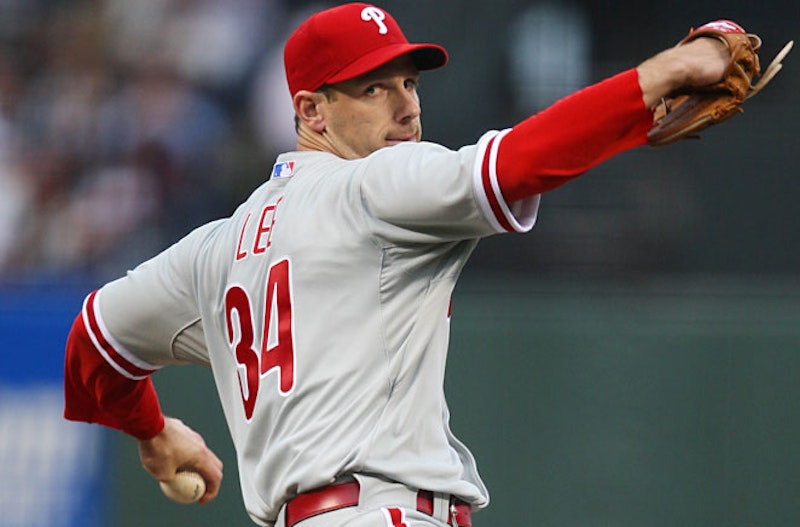 It happens every year. Baseball teams indulge on free agents over the offseason thinking about how much this or that player will improve their club and help them compete for a shot at October play. Sometimes their wishes come true, but mostly they don’t. For every Manny Ramirez and Matt Holliday there’re 10 Alfonso Sorianos or Barry Zitos. Last winter’s free agent class has had just one year to prove that they’re worth their contracts, so labeling any specific deal as a bust is unfair. That said, I’m sure a lot of fans are crossing their fingers and hoping that their teams aren’t saddled with the next John Lackey for six more years. Red Sox faithful, this one goes out to you:

Carl Crawford arrived in Boston with a lot of hoopla. As a member of the Rays since 2002 (when they were still the Devil Rays), he flaunted his amazing speed and glove in front of envious Sox fans for most of his career. When the left fielder signed with Boston, the city let out a sigh of relief, because now he couldn’t steal bases against them. However, Crawford did hardly anything with the stick, and according to UZR, he was crummy in the outfield, too. With an overall 2011 slash line of .255/.289/.405, if Crawford were on the market today, he’d be in line for a one year, reclamation project contract.

Jayson Werth is in the same boat. After batting .232 (though it was with a stable 11.4 BB%), the Nationals would also being eyeing a one-year commitment. GM Mike Rizzo was diagnosed as insane after handing the then 31-year-old $126 million, and the critics might be right on this one. With only three successful seasons under his belt, Werth looked like a gamble in 2010, and he still does today. A relatively low .286 BABiP is possibly to blame for his disappointing season, so Nats fans: stay strong.

Cliff Lee hooked a deal that looks better and better every day. After dissing his obvious suitors, the Yankees and Rangers, Lee opted to take a discount in order to play in his favorite city, Philadelphia. The back-loaded, five-year contract he was given clogs up payroll space, but for one of the best pitchers in baseball, it’s well worth it. Aside from a few short DL stints, Lee hasn’t shown any signs of breaking down, and if he were on the market today, a $175 million+ commitment from a big market team wouldn’t be surprising.

Adrian Beltre defied his skeptics, too. His successful 2011 campaign is proof to all sportswriters who called Beltre a contract year player that he is, in fact, a valuable asset to any club. For the AL champion Rangers, the third baseman clubbed 32 homers, hit nearly .300, and defended the hot corner better than anybody else in the majors. Victor Martinez, too, led his squad to the playoffs. The veteran caught, played first base, and DH’d heavily, but his bat easily made up for the shoddy defense. If his age and injury history weren’t a concern, V-Mart would be one of the most valuable offensive catchers in baseball.

Rafael Soriano received the last major free agent contract that was handed out last offseason. The now set-up guy is proof that just because you have money, doesn’t mean you need to spend it. To give Yankees GM Brian Cashman credit, he was vehemently against the signing. I guess that shows just how much power a GM in New York will ever have.