And they won't compete without him. 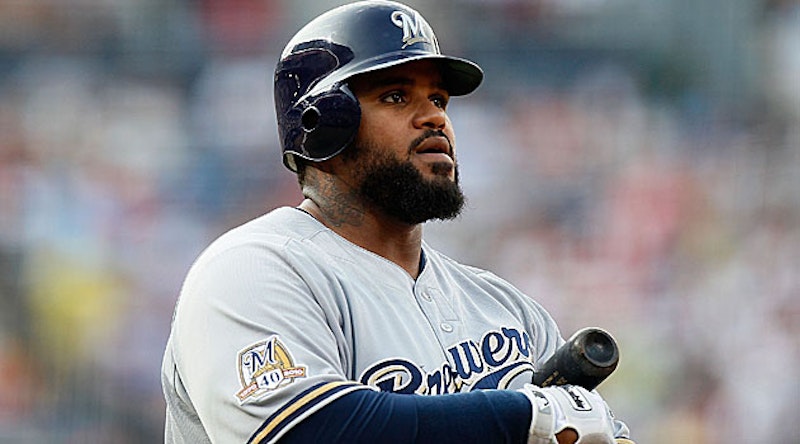 Do the Miami Marlins think they’re going to compete in the National League East next season? If they didn’t, why else would they ink Heath Bell to a three-year deal? The veteran closer is 34 and showing signs of regression. He’ll probably be effective in 2012, and perhaps decent in 2013, but who knows what shape he’ll be in come 2014? The only reason they signed him is to close out winning games. Oh, and bring fans to their new stadium. Sure, people will come to check out the new digs, but the only way owner Jeffrey Loria is going to see steady ticket sales is by assembling a winning ball club. Nobody’s going to come to the park just to watch Heath Bell, a useful but otherwise uninteresting pitcher.

Right after they signed Bell, Jose Reyes also joined the squad. He might put a couple butts in the seats, but I’m pretty sure he’ll scare off an equal number with the all the bugs and tiny rodents crawling through those infested dreadlocks. Reyes obviously makes the team more competitive, but does he put them over the top? No, no, and no. The Marlins lost 90 games last year, finishing last in the NL East, and two players aren’t going to drastically change that. The Mets, the Ponzi-schemed, injury-riddled, “joke of New York” won five more games than the Fish in 2011. That’s not to say the Marlins aren’t close to contention. A middle of the order power bat, rebound seasons from two key players, Hanley Ramirez and Josh Johnson, and a lot of luck could catapult Miami into a Wild Card spot.

Prince Fielder is the obvious solution. Loria clearly has the dough; he offered Albert Pujols $275 million over 10 years. The question is, can they ignore his persistent weight issue and obnoxious (yet very effective) agent? Marlins fans hope the answer is yes, otherwise the division rival Nationals might snatch him up and claim that playoff spot as their own. In the long-term, Fielder is probably a better investment than Pujols, anyways. The Rotund Vegetarian is a full four years younger and has never been on the disabled list, even throughout his minor league career. At 27, he hasn’t even entered his prime, but because of his eating habits, ahem, bone structure, eight years is most likely the biggest commitment any team will make to the slugger. Slotting him at first base could push Gabby Sanchez to left field or third base, but he’d probably just become a trade chip. With Fielder, the Marlins would gain the best offense in the National League.

The Phillies are unstoppable. Even without Roy Oswalt and an aging offense, there’s no way any club passes them in the wins column next year. The Braves, though, they’re very beatable. Currently, Atlanta has the best shot to win the National League’s fourth playoff spot, but the Reds, Giants, and Nationals are going to be worth watching out for. The signing of Fielder would supplement the offense so much that it would in turn mollify the high ERA their shaky pitching staff will likely put up.