Has the Red Sox Era Ended?

If they can't fix their roster, then definitely. 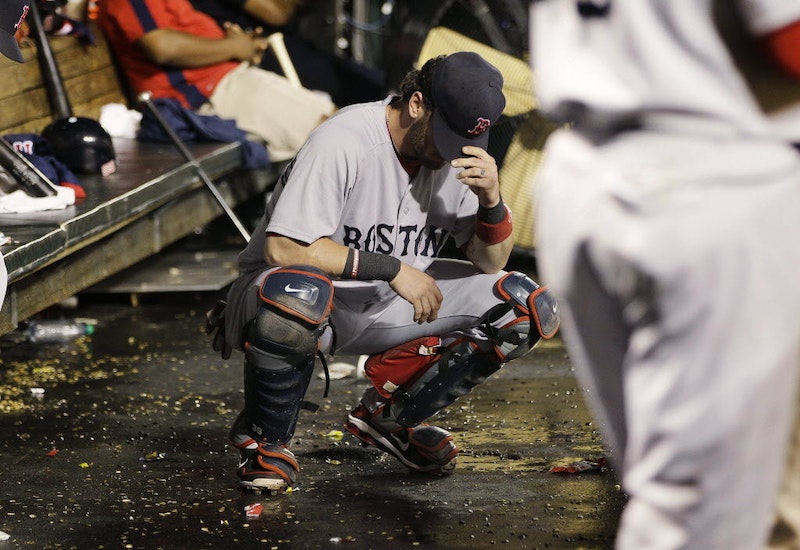 Despite a perfectly executed trade for Andrew Bailey, the Red Sox have only moved laterally this offseason. With journeyman Kelly Shoppach as their biggest free agent splurge so far, this winter has been pretty humbling for most Sox fans. Last December left many New Englanders feeling like gods, with the additions of Adrian Gonzalez and Carl Crawford, but after a disappointing beginning and end of the regular season, the Bosox failed to make it to the playoffs for the second year in a row. The two $140 million+ contracts that were handed out last year have had an enormous effect on this winter’s spending, however, and now new GM Ben Cherington has to deal with a tighter wallet than he’s used to.

The 2012 team was supposed to be nearly identical to the 2011 club. Last season the Red Sox were predicted to blow past the competition with the best offense in the majors and above average pitching. Even with injuries and Crawford not performing up to his usually high standards, the former came true. But John Lackey was horrible, Clay Buchholz had back trouble, and Daisuke Matsuzaka succumbed to Tommy John surgery (Lackey announced he also need TJ in early November). With only two viable starting pitchers, Jon Lester and Josh Beckett, it’s amazing that the Sox even won 90 games.

With the second highest payroll in baseball, Boston has to fill a number of holes before Spring Training if they want to compete against the Yankees, Rays, and Blue Jays next season. Currently, Daniel Bard and Alfredo Acevez are slotted in to fill the two vacant rotation spots. Trying to convert one reliever into a starter is hard enough, but two is nearly unimaginable. Acevez dazzled last year as the long reliever/ spot starter, but he also got very lucky. It’d be surprising to see him post identical numbers next year in the bullpen, let alone in the rotation. Bard is another story. The fireballer has showed flashes of brilliance in the eighth inning role, but many scouts question his ability to pitch six innings or more. The newly acquired Bailey and Mark Melancon make the bullpen acceptable, but having Bard in there too would make it elite.

Roy Oswalt is an obvious target for Cherington. The veteran is looking for just a one-year commitment to rebuild his value, much like Adrian Beltre in 2010. Former GM Theo Epstein had many conversations about acquiring the righty when he was still with Houston. Edwin Jackson, another right-hander, is another, more long-term option. Agent Scott Boras will undoubtedly wrangle four years and at least $50 million out of any potential suitor, so Jackson might not be the best fit in Boston.

If the Sox don’t address the gaping holes on their expensive team, their television ratings and revenue stream will fall precipitously.