Trouble When Your Favorite Team Misses the MLB Playoffs

A fan figures out what club to root for. 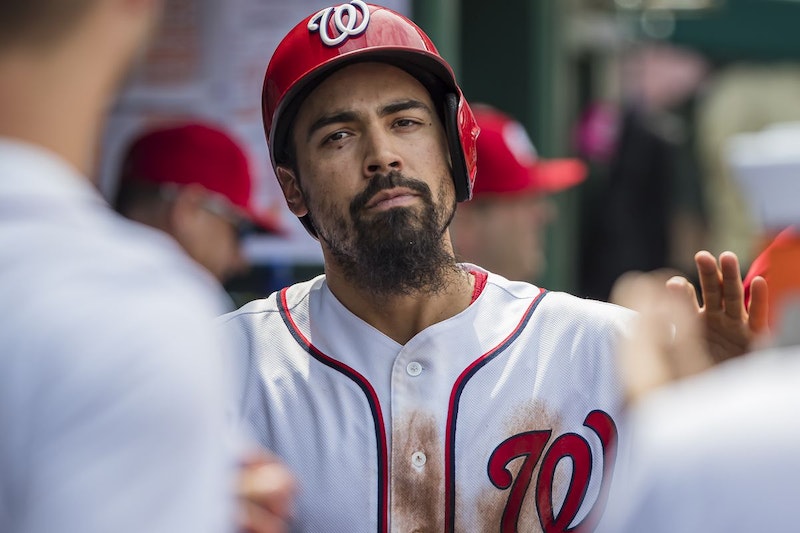 Although playoff sports events are aired on national television stations to maximize ratings and revenue, they have little meaning for many. There are fans of an entire league—MLB, NFL, NHL or NBA—but for others there's not a strong rooting interest when their favorite team isn’t in contention.

That’s the case this year for some Boston Red Sox fans such as myself and Splice Today’s Russ Smith. The Sox had a disappointing third place finish (84-78), missing out on an American League wild card spot. It was the first time since 2015 they didn’t make the playoffs. So the question for Red Sox fans and other MLB teams who either didn’t make the playoffs or got knocked out early is: now what?

There's no one right or wrong way to go about it, but there are a few different angles worth considering—which is how I determined the St. Louis Cardinals winning it all is my desired outcome. First and foremost, the character of a team and organization is worth looking at. What types of people are on this team? It doesn’t matter whether or not they are the greatest humans, but as long as there are no horrible people on the team, that team could be worth rooting for.

The easiest determination is whether or not a team has any domestic abusers on their roster. In the case of the 2019 postseason, maybe it's best to not support teams like the New York Yankees and Houston Astros, who have a pair of closers who’ve both been suspended for domestic violence: Aroldis Chapman and Roberto Osuna. As I've noted in the past for Splice Today, MLB should have a zero tolerance policy for this evil abuse. Not only is it off-putting to fans who’ve been victims, witnessed it or know people who have been—which sadly encompasses most of the country if you combine the three—but it shows clear amorality on the team's part.

The Astros traded for Osuna while he was still suspended and the Yankees initially obtained Chapman while he was still under investigation by the league (they traded him to the Cubs in 2016, but then re-signed him as a free agent that offseason). Meanwhile, to their credit, the Cardinals and Washington Nationals have no such players on their rosters.

One can also factor in if the teams have any former players from their favorite team on the postseason roster. In hockey, the most prominent example would be Boston Bruins fans supporting Ray Bourque when he was a member of the Colorado Avalanche and being happy for him when he finally won a Stanley Cup in 2001 (disclaimer: the first sports jersey I ever had as a kid was a Bourque Avalanche jersey). After all, the Hall of Famer didn't win any in his 21 seasons with the Bruins.

For a Red Sox fan like myself, there are only a few connections left in the 2019 MLB playoffs. The Houston Astros have former Red Sox starter Wade Miley and outfielder Josh Reddick. Meanwhile, left-handed reliever Andrew Miller is on the Cardinals, lefty reliever Roenis Elias, who pitched in four games for the Red Sox over two seasons, is on the Nationals, and the Yankees don't have any—a strike against the latter team.

A lot of people like to root for the underdog, like when the Chicago Cubs finally won the World Series in 2016 (breaking a 108-year drought), the Chicago White Sox did it in 2005 (after 88 years) and the Red Sox did in 2004 (first World Series win since 1918). This year, the Washington Nationals would likely be the underdog in that they’ve never won a World Series, including when they were the Montreal Expos (established in 1969). This cuts against both the Yankees (27 World Series championships) and the Cardinals (11 WS championships) who lead the American League and National League respectively.

When calculating underdogs, payroll is a factor to consider. This year, it doesn't matter now that the Tampa Bay Rays and Oakland Athletics, two of the lowest payroll teams in MLB are out of it, but that certainly adds it since conventional logic says big money teams should be winning more (unless you’re the 2019 Red Sox which spent more than everyone and finished behind the Rays, who are dead last in payroll).

And for those, like myself, who despise taxpayer-funded stadiums, viewing them as wasteful corporate welfare sold on lies of economic prosperity, stadium funding is important. This is one of those weird concepts where the Tea Party and Occupy Movement found common ground (I’ve examined the NFL stadium angle for Jacobin), so its opposition has broad appeal among those who have looked at the subject.

This year, that hands a clear victory to the St. Louis Cardinals because the other three teams—the Yankees, Astros and Nationals—all play in publicly-owned stadiums. In fact, the Astros and Nationals have only played their home games in taxpayer-funded venues for their entire existence. Meanwhile, Busch Stadium is privately owned.

For me, it’s easy: the Cardinals’ damage to society is minimal. There’re no domestic abusers on their team and they paid for their own stadium. If not them, the Nationals will suffice because I can’t really pick a side in the AL. The Yankees not winning would be nice, but the Astros present an identical moral dilemma.