MLB would be remiss not to at least consider adding two more teams to put their total at 32. 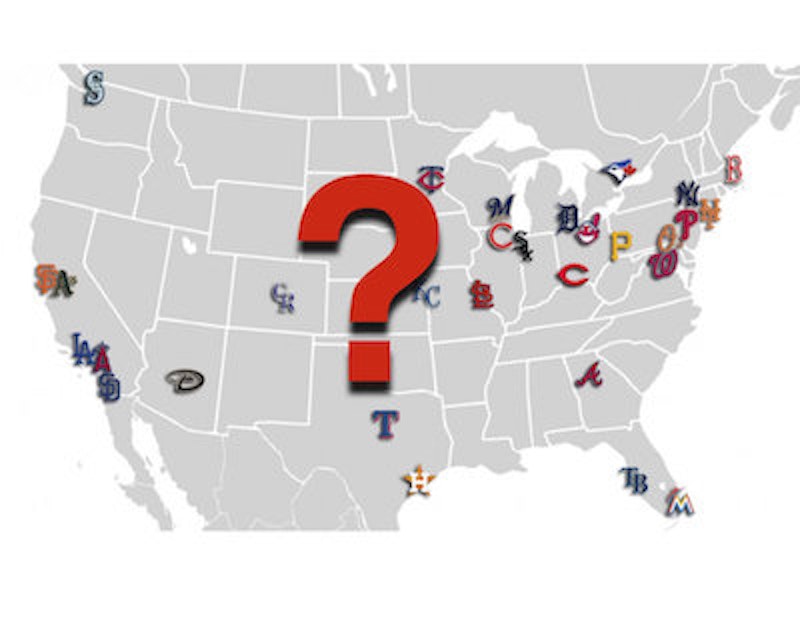 There have been no new Major League Baseball expansion teams since the start of the 1998 season, but Music City Baseball is among the many who’d like that to change.

The organization, founded this year, hopes to attract an MLB expansion team to Nashville, Tennessee by meeting with the league, securing an investor and helping them create a plan that works for the league, the city and any potential ownership group. Notably, the group’s website states that no public funds would be used to create a stadium for a prospective MLB team under their initiative.

Currently, MLB isn’t looking to expand as the Oakland Athletics and Tampa Bay Rays sort out their current stadium situations; the Rays attendance is brutal most years (ranked 29th this past season) and the A’s play at one of the last multi-purpose sports venues (24th in attendance this season), so the league wants to figure out what their futures are before committing to more franchises. However, with MLB producing more than $10 billion in revenue during the 2018 season and the $1 billion buy-in fee for expansion teams, according to The Tennessean, MLB would be remiss not to at least consider adding two more teams to put their total at 32.

Nashville is an appealing city to put an MLB team for many reasons. It’s the 23rd largest city in the United States, it’s a popular tourist destination, there’s an interest in baseball and it already has pro sports teams. The Nashville Predators of the NHL drew 101.9 percent of arena capacity per game last season. The city has an NFL team in the Tennessee Titans and a Triple-A team, the Nashville Sounds. The Sounds ranked second in Pacific Coast League attendance this past season (8631 fans per game). Plus, there is interest in the Vanderbilt Commodores powerhouse baseball program; they got 2797 fans per game in 2017.

Surely, a privately-funded stadium would appeal to constituents, but owners might prefer corporate welfare if they could get it elsewhere. There are a few options to make funding a stadium privately more feasible like splitting the cost with another team (as the New York Jets and New York Giants did when they built MetLife Stadium), selling minority ownership stakes (as FC Cincinnati of Major League Soccer) in the team or selling taxable bonds (not tax-exempt) if the capital isn’t available upfront—not the cronyism we see nowadays.

In 2018, MLB commissioner Rob Manfred expressed his support for one day expanding the league and when he did, he mentioned six cities as potential spots for new teams. Other than Nashville, he named Las Vegas, Portland, Charlotte, Montreal and Vancouver. Although there are other markets in North America worth considering—San Antonio, Sacramento, San Juan or perhaps a different spot in Florida if the Tampa Bay Rays and Miami Marlins relocate—it’s clear Manfred put some thought into it.

Las Vegas appears to make the most sense—and it’s similar to Nashville. Not only is it the 25th largest city in the country, but it ranks seventh in tourism, has a popular hockey team in the Las Vegas Golden Knights (ranked second in percent tickets sold last season), will soon have an NFL team (the Las Vegas Raiders) and its Triple-A team (the Las Vegas 51s) led the PCL in attendance this season (9299 fans per game). When the Montreal Expos thought about moving, Charlotte—which has the Carolina Panthers of the NFL, Charlotte Hornets of the NBA and the Charlotte Knights of Triple-A—was a possible destination, according to a 1999 New York Times article. It’s the 16th most populous city in the country (889,019 people) and there is no team between Washington, D.C and Atlanta, leaving the Carolinas without an MLB team of their own.

Portland, Oregon, the 25th largest city in the country, also wanted the Montreal Expos. Oregon’s state congress made the mistake of appropriating $150 million in stadium funding in 2003 in hopes of enticing a team to come to their state; the money’s still there if the state can find itself a stadium deal. The Portland Trailblazers’ attendance percentage (100.3 percent) was the fourth best in the NBA last season. And Providence Park, an MLS stadium in the city that used to host the Triple-A Portland Beavers seats 25,218, so testing out a game at the park wouldn’t be a bad idea. If MLB is willing to put games in London, a Short-Season A ballpark in Williamsport, Pennsylvania and a wasteful temporary stadium in Iowa, then putting a game or two in Oregon to test the baseball market couldn’t hurt.

Given the lack of MLB interest in Montreal towards the end of the Expos tenure there, investors might be wary of putting a team there—especially when Quebec and Canada’s higher taxes are disadvantageous with the league’s soft salary cap. Meanwhile, there’s no personal state income tax in Tennessee, Washington or Nevada, which would give teams an advantage in the free agent market. Montreal’s upside, however, is a population of roughly 1.7 million—far larger than any untapped MLB market. And perhaps a winning baseball team would ignite their interest. The Expos never won a World Series and their best chances were squandered by the 1994 players’ strike (Matthew Surridge did a great job covering the Expos situation for Splice Today in 2015).

The Vancouver proposal is interesting in that it’s comparable in size to the American cities on the list (and a metro area of around 2.5 million), but they have a modestly popular Short-Season A team: the Vancouver Canadians (a Toronto Blue Jays affiliate, for some reason); the team drew 6210 fans per game this past summer, the best of any Northwest League team. This is the only active Minor League team in the entire country, so there’s at least something to build from and being a coastal city just two-and-a-half hours north of Seattle, the climate is more temperate than inner parts of the country.

As noted, there are plenty of other destinations worth considering. San Antonio, which is about three hours from Houston, is the largest city in America without an MLB team (about 1.5 million people)—and it’s the city David Ortiz told me he’d like to see the league expand to when I asked him in 2016 (this was right before the Red Sox and Blue Jays played an exhibition series at Olympic Stadium). It’s also a part of Texas that has no personal income tax and a fast growing economy. With Texas receiving plenty of immigrants on an annual basis, there’s also the promise of new fans moving into the country. If this results in the state flipping from red to blue and a restructured, progressive state income tax, at least there would be a lot of people in the region to watch games.

Although California already has four MLB teams, two of which are in the Oakland-San Francisco area (although the A’s could certainly relocate), Sacramento is about two hours away from San Francisco and has the 25th largest metro area in the country; it already has an NBA team too (the Sacramento Kings), so there are sports fans in the area.

And while some might question San Juan’s ability to host an MLB team due to Puerto Rico’s low income ($21,533 median household income) and sluggish economy relative to the rest of the United States, a team on the island would not need to be a high-budget population. There’s a strong pride in national identity amongst Puerto Ricans and baseball is a part of the culture. There’s a reason why top talents from the island opt to play for themselves in the World Baseball Classic. Surely, playing in front of the hometown crowd would appeal to many Puerto Rican-born players more than it would a top Florida baseball talent to play for the Miami Marlins. The territory is about the size of Connecticut and has 3.2 million people. Remember too, the Expos played 22 games per season in San Juan in 2003 and 2004 and got more fans at those games than they did in Montreal.