The Ravens' Demise Has Been Greatly Exaggerated

Baltimore’s football team is built for success; that won’t change with loss of free agents. 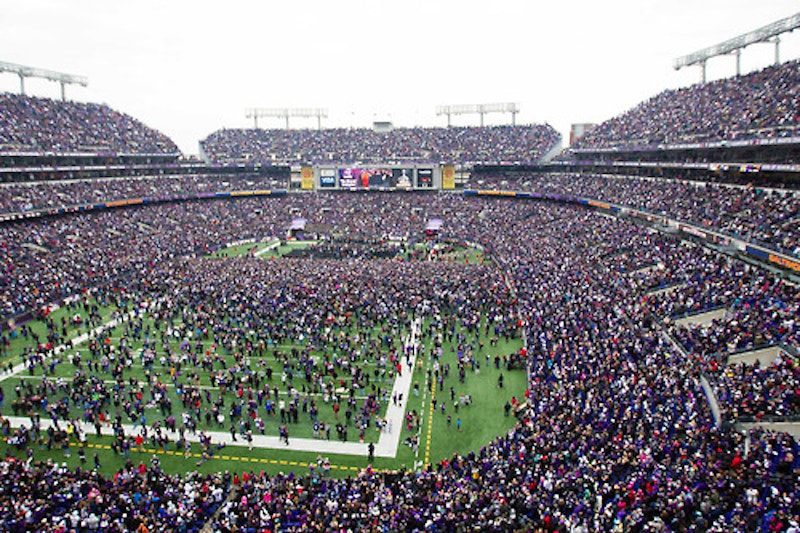 The Baltimore Ravens took grief from the talking heads and Twitter illuminati last week when their roster was raided by the dregs of the NFL standings. Cleveland, Miami, and Philadelphia plucked free agents Paul Kruger, Dannell Ellerbe, and Cary Williams from the Super Bowl champs. Baltimore also cut ties with safety Bernard Pollard and traded WR Anquan Boldin to San Francisco and could lose free agent safety Ed Reed. The changes were abrupt, unemotional, and left Baltimore with several holes on its roster. Fortunately for Baltimore, and unfortunately for teams like the Dolphins, Chiefs, and Browns, there aren't any games scheduled until September.

The Ravens conducted similar purges in recent seasons when aging fan favorites like Todd Heap, Derrick Mason, and Kelly Gregg were released to make way for younger players. John Harbaugh and gang have generally kept rolling, to the tune of five straight playoff berths. The Ravens have over five months to fill the holes on the roster and a whopping 12 picks in April's draft. Ozzie Newsome and company found Kruger, Williams, and Ellerbe and are more than capable of finding replacements.

On Monday the Ravens were awarded four compensatory draft picks in the upcoming draft after losing Ben Grubbs, Tom Zbikowski, Haruki Nakamura, and Jarrett Johnson to free agency last winter. Those four players signed with teams that combined to win zero playoff games in 2012. Baltimore will likely receive a similar haul of compensatory picks next winter for the losses of Kruger, Williams, Ellerbe, and possibly Reed. If other NFL front offices really want to compete with Newsome they might want to stop giving him extra draft picks.

After the Ravens won the Super Bowl owner Steve Bisciotti spoke about his desire to the franchise to be a sustainable model. Bisciotti wants an organization that consistently drafts and develops talent and refrains from wild goose chases in free agency. The Ravens are all about winning when it counts and less about winning the first week of free agency. The Ravens’ recent losses were predictable based on Bisciotti’s stated goal of sustainability. No team is going to be a consistent contender paying role players like Kruger $40 million or splurging for an injury risk like Ellerbe.

Cary Williams and Ellerbe weren't even drafted by the Ravens. Baltimore signed Williams off the Titans' practice squad and signed Ellerbe as an undrafted free agent. Kruger was originally a third round pick and regarded as a bust as recently as September of 2012. Now he's the Browns' new $40 million man. Good luck, Cleveland.

Fans and media who have lamented the alleged swift demise of the Ravens have shown a surprising lack of knowledge of the team’s history and roster. Baltimore drafted the replacement for center Matt Birk last season. Gino Gradkowski will move into the starting role in 2013 after serving a one-year apprenticeship. Kruger played well after Terrell Suggs returned from injury but was splitting reps with rookie Courtney Upshaw by season’s end. Williams stepped up when Lardarius Webb was lost to injury in Week Six but Webb will return next season with former first round pick Jimmy Smith or Corey Graham at the other corner spot. Boldin’s absence means more two tight ends sets with Dennis Pitta in the slot and an opportunity for former fourth round pick Tandon Doss.

In today’s NFL, teams simply can’t pay everyone but the Ravens have locked up their franchise quarterback, retained their legendary General Manager, and crafted a coaching staff that excels at developing young talent. Baltimore’s recipe for success has been built over the past decade and isn’t available as a quick fix on the free agent market.