A fitness influencer shows off his latest enhancements. 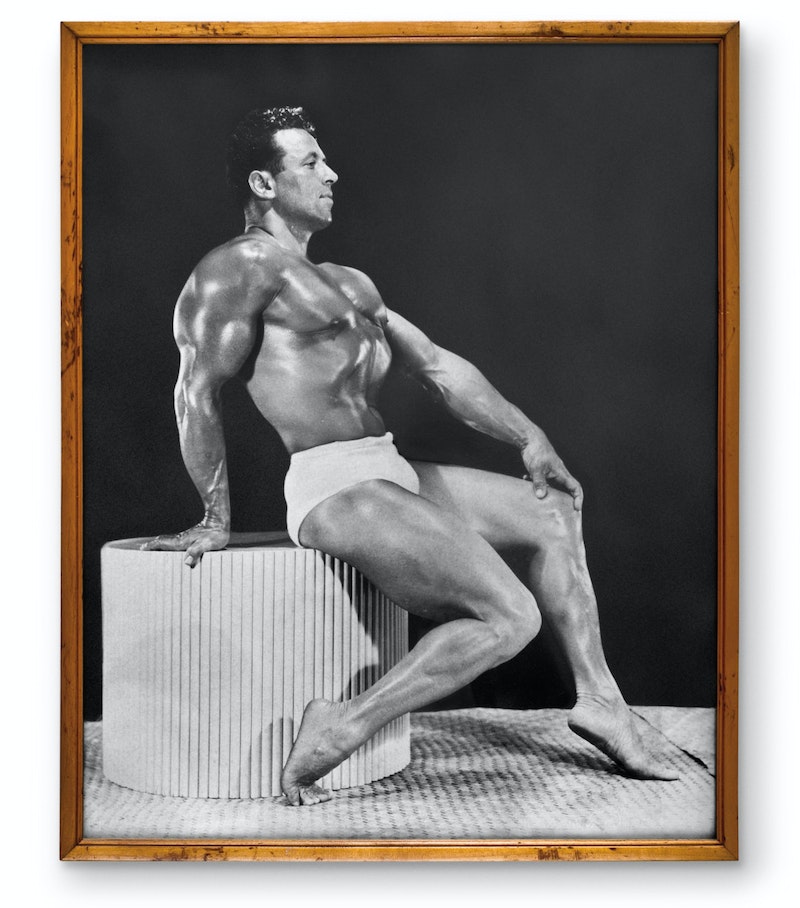 Instagram fitness influencer Davy “Brick” Shidaus couldn’t stop staring at his new calf implants. The implants were an early Christmas present from a generous schmoe who felt that Shidaus would fall into a deep despond if his self-image didn’t improve.

“Don’t I look swole, brahski?” he asked his training partner and Instagram rival, Chayne “Link” Hughes. “My five million followers will have to agree that these are cows, not calves.”

Hughes, who was much thicker than the bony, steroid-inflated Shidaus and thus already in possession of large calves, racked his brain for an appropriately enthusiastic-sounding response. “Yeah, they’re so natural,” he said. “Your sponsors and ‘stans’ are going to love those. You can’t miss them.”

The calf implants weren’t the least bit natural in appearance, though. No, they were just two enormous globes that sprung sui generis from Shidaus’ pencil-thin tibia and fibula. “They’re everything I’ve ever wanted,” Shidaus said, cupping the calves with his short, stubby fingers. “This is going to change my game. My Patreon is going to blow up.”

Although Hughes lacked his friend’s socially-sanctioned "perfect" appearance—whatever that meant—he was possessed of far greater ambitions. He wanted a spouse, children, a house, and all of the other accoutrements of maturity that were disdained and sometimes even anathematized by vain, influence-obsessed souls like Shidaus. He wanted to make enough money that he could stop living this virtual lie and start enjoying his real life. “I’m glad you’re happy, Brick,” he said.

Shidaus’ gaze remained fixed on his new calf muscles. “I can’t believe it’s really happening to me, Link. But what should I tell people in my first post? Should I say it’s because of a growth spurt? Vitamins? I definitely can’t mention steroids or surgery. Maybe I can chalk it up to my natty vegan gains, or the all-meat carnivore diet? Should I tag a vegan pea protein powder sponsor? What do you think is the best way to flood the zone, Chayne?”

Hughes thought that such explanations were unimportant. Those ridiculous implants would do the talking for him. Jutting out at everyone “Brick” Shidaus met, they would announce that he was an insecure person, a sad person, a tragic person. “You just say what you feel is right,” he said.