Six of the Top 10 NBA players were injured during the current playoffs. 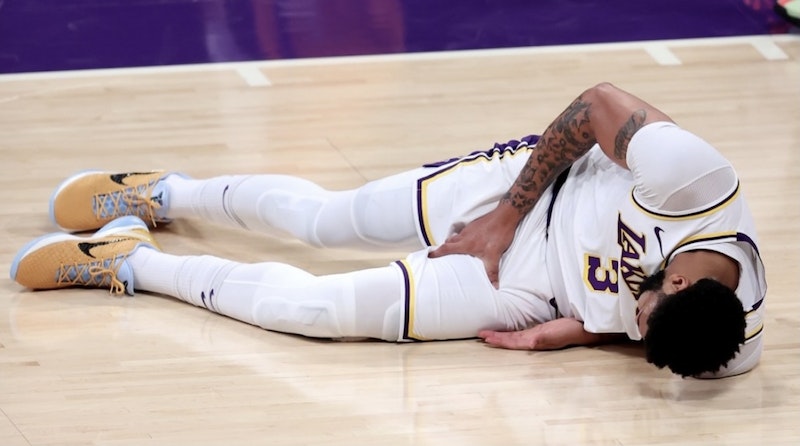 Six of the Top 10 NBA players were injured during the current playoffs. This doesn’t take into account Klay Thompson who missed the entire Warriors season with a torn Achilles. Two of the league’s most promising rookies, LaMelo Ball and James Wiseman, went out with freak injuries. Zion Williamson’s fractured finger kept New Orleans out of the playoffs.

Injuries are always part of the game, but 2020-21 feels different. LeBron James voiced his complaints on Twitter. “They all didn’t wanna listen about the start of the season,” he wrote. “I only wanted to protect the well being of the players…These injuries aren’t ‘PART OF THE GAME.’ It’s the lack of PURE RIM REST before starting back up.”

The 2019-20 season didn’t end until October due to interruption from Covid. This led to the shortest off-season in history. Training camp opened in November with pre-season games in December. Instead of five months, NBA players only had one month to rest.

Basketball players are accustomed to staying up late and sleeping until noon. Coronavirus forced players to interrupt sleep patterns for early morning Covid Tests. Athletes had less time to meet with trainers for stretching, conditioning and activities like yoga and Pilates. “When you can’t train, you get soft-tissue injuries,” an NBA athletic trainer said.

Jeff Stotts of the Street Clothes website wrote that 2909 games were lost to soft-tissue injuries during this season. It’s the second highest total recorded behind 3038 injuries in the 2017-18 season played in 82 games vs. 72 games this year. Four players tore ACL tendons this year, up from an average of three. ESPN’s Kevin Pelton said that players sidelined due to injury averaged 5.1 this year, the highest since he started tracking injuries in 2009.

The NBA pushed back claiming that 2021 injuries are within the normal range of the last five seasons. They refused to blame a schedule that compressed 72 games into 146 days as opposed to the standard 82 games in 177 days. That amounts to 3.6 games per week opposed to 3.4 games weekly last season, a five percent increase. This season’s All-Stars missed 370 of 1944 games (19 percent), highest ever according to Elias Sports Bureau.

The current season resembles the Hunger Games where players compete until they fall. Some reporters complained that last season’s playoffs should have an asterisk beside it due to the Covid bubble. But 2021 is the asterisk season. The ultimate champions will not be the best, but the healthiest.

Denver coach Michael Malone said, “You can see the fatigue on our players. You can see it in their body language.” Warriors coach Steve Kerr said, “It’s been an exhausting season for everybody. The Covid protocols, not being able to see family or friends on the road, go out to dinner, all the normal things you do to fill your cup and complete your social life… this season has been extremely draining.”

The athletes have themselves to blame. The players union agreed to the 72-game schedule to help recoup $1.5 billion in lost revenue from last season. The league hopes to return to a normal October-June schedule next season. But with the playoffs stretching to late July and the Tokyo Olympics attracting NBA stars, the off-season will again be shortened. This is a formula for more injuries next year.

Get ready for a Milwaukee Bucks-Phoenix Suns NBA Championship. Khris Middleton vs. Chris Paul. Giannis Antetokounmpo vs. Deandre Ayton. You won’t see the stars you’ve grown accustomed to but at least someone other than LeBron, Steph Curry and Kevin Durant will finally win a title. Go Devin Booker. You’re about to become a superstar.