Baseball on the Cape

Red Sox tickets are $14 on a good day, and yet, the Cape Cod League may have the Sox beat in value. 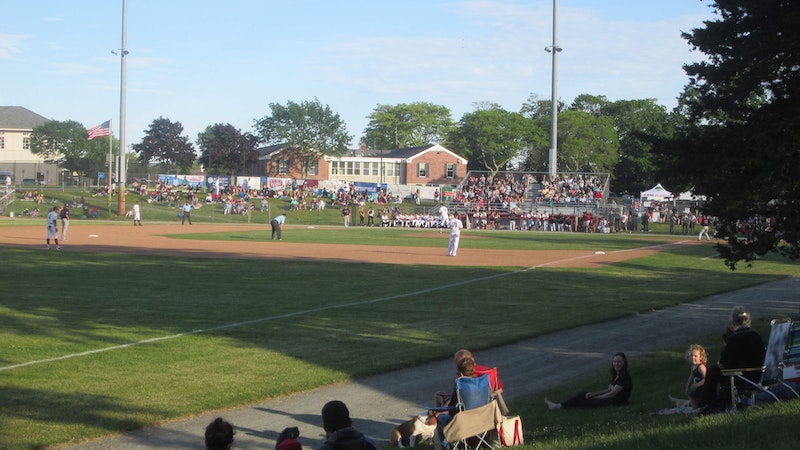 The first time I saw Aaron Judge play baseball, he wasn’t wearing pinstripes, but was a member of the Brewster Whitecaps of the Cape Cod Baseball League. It was the first full CCBL game I ever attended back in July of 2012. We live in a time where you can get Boston Red Sox tickets for $14 on a good day and yet, the Cape Cod League may have the Sox beat in value.

Massachusetts doesn’t have great college baseball, no offense to the guys who play in the state. Once in a while, there will be a nationally recognized team, but it often doesn’t last. Boston College, for example, was nationally-ranked back in March but finished the season at 21-28. Those games present an opportunity to see some future big leaguers since BC plays Atlantic Coast Conference opponents. However, it doesn’t match up to the consistent top-tier competition down the Cape—and neither do the Futures Collegiate Baseball League and the New England Collegiate Baseball League.

The best summer team in America is the Collegiate National Team. However, other than them, the best are most likely on Cape Cod. With 10 teams in the league, it gives hundreds of players a chance to play at a high level when their college seasons end. The regular season is 40 games—unfortunately down from 44 in 2019.

During the 2018 MLB season, more than 300 ex-Cape Cod League players played in at least one MLB game. Although that number was on the rise for many years, it’ll likely decline moving forward because MLB has limited September call-ups, expanding the rosters to 28 instead of up to 40. Cape Cod League games are free, but more importantly, parking is free. Compare that to Boston where often one must pay some usurious rate that’s more expensive than a Fenway ticket. And down the Cape, there are games nearly every night during the season. There are 10 teams and they generally have staggered start times ranging from five-seven p.m. That gives people flexibility, especially since the two fields farthest away from each other are about 47 miles apart by road.

The Cape League allows people to see some of the top amateur talent that otherwise wouldn’t play in Massachusetts. That will most likely include players from Mississippi State’s College World Series-winning team this summer. That’s not the type of team that Boston College, UMass, or Harvard typically plays. Since the teams predominantly play at high school baseball fields—albeit nicer high school baseball fields than average for this part of the country—one issue that persists is seating, or a lack of it. People often bring chairs of their own. In Orleans, for example, there’s a grass hill so a lot of people sit on that. People can bring a beach towel if they want to avoid bugs.

The food at these games is usually like that of a high school football game. However, the Yarmouth-Dennis Red Sox (who play at Dennis-Yarmouth High School) had cheeseburgers on doughnuts up until this year. People got them on jelly doughnuts and Boston creams and some people opted for Cheez Whiz. It’s probably for the best that they’re not doing that anymore. Cheez Whiz, doughnuts, and beef is a weird mix.

Back in high school, I played on the Falmouth Commodores field a few times—but that’s because Guv Fuller Field was multi-purpose at that time. One end zone included part of the infield. Luckily I was in the zone that day mentally. There was no intimidation about the fact that guys like Darin Erstad, Jacoby Ellsbury, and Matt Hall once called this place home.