Mike DeWine wants to leave it to someone else to decide what to do about transgender athletes in competitive sports. But this is precisely what government was created for. 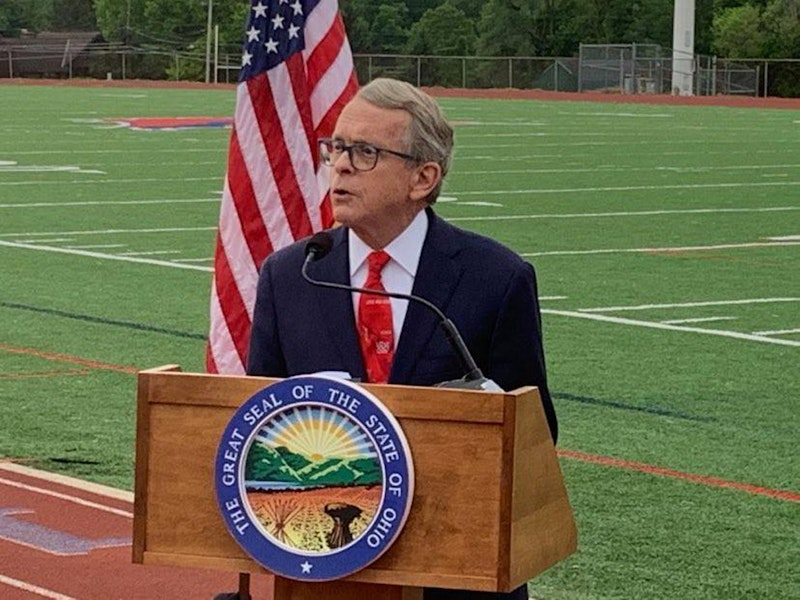 Ohio’s the latest state to take up legislation that bars athletes from competing as the gender in which they identify. Biological males wouldn’t be allowed to compete as females in women’s sports. Rather than say he will or wouldn’t sign the measure—which is included as an amendment to a bill allowing college athletes to make money off their likeness—Gov. Mike DeWine took another approach. “This issue is best addressed outside of government, through individual sports leagues and athletic associations, including the Ohio High School Athletic Association, who can tailor policies to meet the needs of their member athletes and member institutions," he said in a statement last Friday.

DeWine is trying to find a way out. Instead of being a governor and approving or vetoing legislation he does or doesn’t think is in his state’s best interest, DeWine wants to leave it to someone else to decide. However, this is precisely what government was created for.

Approximately eight states have passed legislation barring biological males from competing as females in women’s sports. As many as 30 were looking at bills this year. At least one governor, Louisiana’s John Bel Edwards, vetoed the measure, a decision that has legislators discussing a possible veto override. I don’t agree, but at least Edwards acted like a governor. This is the way the process should work, and if people don’t like it, they can file lawsuits and engage with political candidates to bring about change.

The state government oversees public schools and makes laws to protect its citizens, some of which are biological females wanting someone to stand up and do something about their Title IX rights. In Connecticut, biological female athletes have competed against and lost to biological males, costing them championships, titles, and perhaps scholarship opportunities because the state’s athletic association adopted a policy allowing males to compete as females. A law firm known as Alliance Defending Freedom (ADF) has sued over this and the issue’s still in the courts.

“These sports leagues are the problem and that’s why we need legislation to solve that problem and to ensure that girls have a fair and level playing field in Ohio and across the country,” ADF attorney Matt Sharp told me.

Some people believe that a male who identifies as a female is a female and should therefore be allowed to compete against their female peers. However, ADF and other law firms, as well as think tanks and special interest groups maintain that biological males have a physical advantage over females in sporting events, including track and field, wrestling, and boxing. Examples offered by critics include males having bigger lungs, hearts, and muscles, as well as stronger bone density. On occasion, the people fighting against the compete as whatever you want policies are called to testify or speak to state legislators about these examples. Why? Because legislators and governors are the ones expected to deal with these situations. With the exception of Gov. Mike DeWine, few people leave it to an athletic association.