Redeem Your Past Stupidity

My professional wrestling fandom cost thousands of dollars during a time when the cash could’ve been put to far better use. 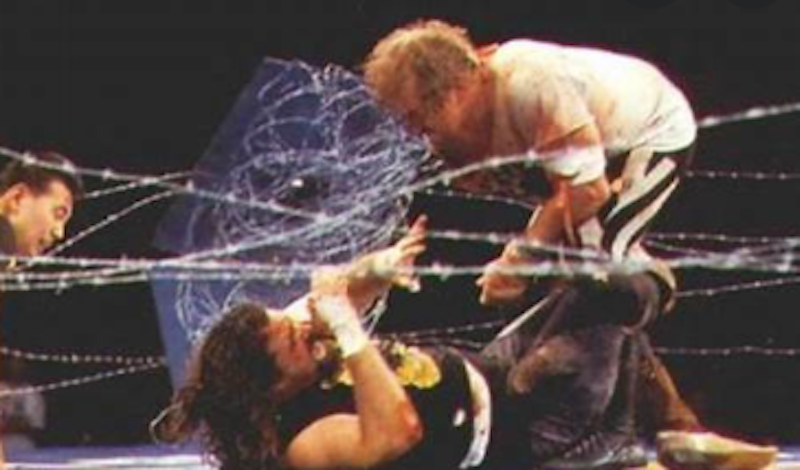 My undergraduate years at the University of Michigan and the four years that followed were a mess, replete with mediocrity and failures punctuated by my enduring love for professional wrestling in all of its forms.

During this time, my employment history was dotted with stints of varying lengths as a lifeguard, pool coordinator, personal trainer and substitute teacher, before I finally took the essential steps to iron out a defined professional pathway. Once I reached that point, I acquired more respectable employment and then secured admission to the graduate program of Northwestern University’s Medill School of Journalism.

When I departed for Evanston, Illinois, I left behind boxes of wrestling videotapes purchased from a range of websites that peddled wrestling videos, but most frequently Highspots.com at $15 a pop. I viewed hours of matches from All Japan Pro Wrestling and New Japan Pro Wrestling. I absorbed everything I thought there was to know about the histories of the National Wrestling Alliance’s individual territories, as well as the American Wrestling Association and all iterations of theWorldwideWrestling FederationEntertainment . As much as I considered myself to be a wrestling superfan prior to my immersion in this history of wrestling’s territories, I quickly learned precisely how much I didn’t know about the “sport” I loved.

My professional wrestling fandom cost thousands of dollars during a time when the cash could’ve been put to far better use. There were several ways I could’ve been investing my money that would’ve been more productive to me, whether I directed money to pure financial investment, or diverted both time and money toward more substantive educational pursuits.

The misguided nature of my spending was reinforced by my parents every time a package containing a video cassette from Highspots.com arrived in the mail. The only window of opportunity wrestling opened through which my parents might have been impressed by me occurred when my father stumbled into the basement one day while I was watching the incredible June 8th, 1990 match between Jumbo Tsuruta and Mitsuharu Misawa for at least the sixth time.

“Ian, do you speak Japanese?” asked my father, with a tinge of hopefulness in his voice.

“Oh,” responded my father. “Well then how can you understand what’s going on?”

My father turned and walked away. The window of opportunity that had cracked open—through which I might’ve impressed my father with something related to wrestling—sealed itself off once again.

As I grew older, I traded in the purchase of wrestling tapes for the acquisition of suits, dress shirts and neckties. Ultimately, I grew to regret all of the money I’d frittered away on ephemeral wrestling entertainment. Moreover, even if I’d wanted to do something with my collection of wrestling tapes, VCRs quickly became an antiquated technology, and I have no desire to purchase a new one simply to view footage that I gradually find myself caring less and less about—the majority of which is now circling around the Internet and available free of charge.

Aside from providing entertainment, my devotion to professional wrestling had been of no lasting value, and my collection of wrestling tapes, souvenirs and memorabilia became something that wasn’t worth mentioning.

This remained true until 2016, which is the year I began assisting professional wrestlers with the creation of their autobiographies. What had been three decades of an unidirectional relationship with professional wrestling at that point was finally about to benefit me professionally.

My knowledge of Dan Severn’s match against Tarzan Goto during the 1995 King of the Deathmatch show in Japan helped me to correct his recollection of a few details that would otherwise have been erroneously recorded in his 2016 autobiography The Realest Guy in the Room. Similarly, my familiarity with Japan Pro Wrestling, International Wrestling Enterprise and All Japan Pro Wrestling helped me to provide some valuable background information to Buggsy McGraw’s 2019 autobiography Brute Power: The Buggsy McGraw Story. Finally, my fondness for Japanese pro wrestling enabled me to ask the appropriate questions of Brian Blair that extracted the best possible recollections from him about his years of working for New Japan Pro Wrestling for his forthcoming book.

A few months ago, Bradley Craig requested that I submit the International Pro Wrestling Hall of Fame bio for wrestling legend Tatsumi Fujinami, whose IWGP Heavyweight Championship matches I watched repeatedly during my early-20s. The collection of the nearly 20 writers asked to submit similar dedications in service of the inductees includes Bradley Craig, Dave Meltzer, Greg Oliver, Bill Apter, Kenny Casanova, Jamie Hemmings and Oliver Bateman. Some have referred to it as the greatest collaboration by a group of wrestling writers on a single project, and it feels like a mistake for my name to be included alongside those of the others.

I appreciate having the label of “professional wrestling historian,” but assigning it to me does a disservice to the label. My pro wrestling knowledge pales in comparison to that of journalists like Dave Meltzer and Greg Oliver, podcast hosts like Brian Last, or accurately labeled historians like Barry Rose, not to mention performers who were embedded in the industry, like Jim Cornette and Jim Ross.

I’m not even particularly fond of being labeled as an author when I’ve yet to produce a book for which the content wasn’t first collected and curated in the service of producing a wrestler’s autobiography. Until that happens, the titles of biographer and co-author are more fitting. I can’t stop other people from labeling me as an author, and that’s come with considerable perks.

Chief amongst them is the redemption of my past, and the extraction of purpose from hundreds of hours that were once dismissed as wasted for watching men in tights wallop one another with fists, feet and furniture.

Here’s the takeaway: If the opportunity presents itself for you to do so properly (and there is a certain protocol you should follow to ensure that your offering will be worth the effort), you should write an informative book related to the interests that once consumed every thought of your young adulthood. Your act of delivering informative literature to consumers of the material will elevate you from fan to historian. That silly hobby that your parents once ridiculed you for being so preoccupied with will now be regarded as the sophisticated pursuit of a subject-matter expert.

You may find yourself invited to lead the same discussions that you once had to pay simply to listen in on. Notables you once followed within that industry will turn the tables and begin to seek you out for favors and guidance. All of the time you devoted to your fandom can now be reclassified as research, and all of the tickets, magazines, music and videos you once blew your money on can now be relabeled as business expenditures.