I don’t know much about boxing, but I suspect I knew about as much as the commentators did. 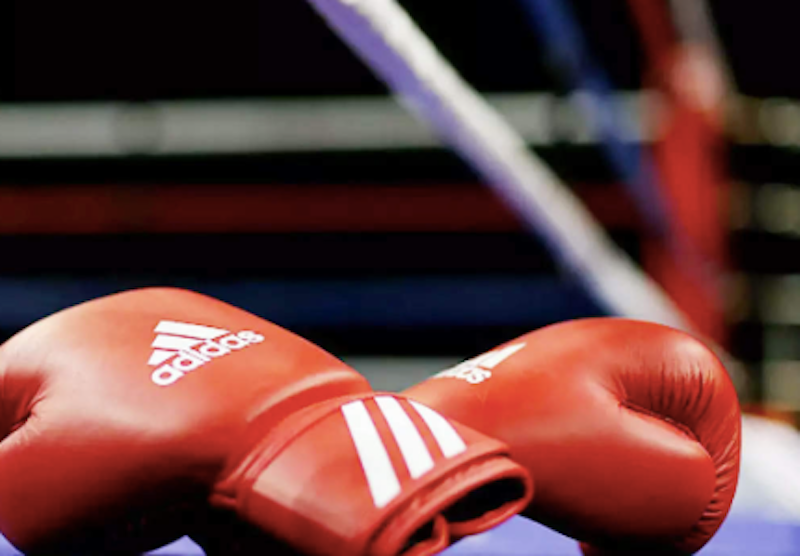 We all knew it was a cash grab, but there was nothing better going on Sunday June 6, 2021, so we watched the spectacle. I took $10, one hour of wage labor, and close to the last of my savings out of an ATM on the other side of town.

I piled with many other equally vicious teen boys into a basement with nice carpet and fast Wi-Fi. We’d paid to watch a blood sport, mostly one-sided, or so we thought, but as is becoming indicative of the 2020s now, we weren’t going to get what we paid for. Floyd Mayweather is a real athlete. The quickness, snappiness, stamina and then the final payoff as the beast opposite him always crumbles. That was before the 2020s hit. 50-0.

Logan Paul is not an athlete, not functionally. He’s a man characterized by the desperation that comes from instant celebrity. Paul isn’t loved by as many people as follow him, but I suppose the same is true of Jesus. Underneath the taunts and antics, all there is to be seen is a crazed and rabid dog begging you for salvation. As with rabies, he froths at the mouth, looking for other animals to drag into the pit of despair with him. There’s no cure for the fame-mad Ohioan, the boy who never really quite grew up.

I don’t know much about boxing, but I suspect I knew about as much as the commentators did. But there were undercards first. None of these fights were particularly memorable, I don’t remember their names. A few had really mean faces, smiles that curled up over the mouthguard and unfolded right around their swollen ears, and they usually won.

We were waiting for Logan Paul to be carried out on a stretcher.

As Paul walked out, a song that none of us recognized played, which, after a Google search, was “From Now On,” featured in the film Greatest Showman. Migos followed, to give a performance that was far too long, though just a couple of minutes. I like Migos, at least when the mood is right, but the microphones were too quiet and nobody could hear them at home, and I suspect it was the same at the stadium in Miami.

For an exhibition of this scale, one that attracts so much talent, you’d assume that they could find someone who knew which knobs to pull and which buttons to press, and in Miami, by God! The land of middling DJs, pimps with no hookers, fake drugs, bitter Cubans, the elderly and soft-faced Wisconsin boys who make their pilgrimage every March to drink far too much and sit in the sun far too long, and nobody could find a button-pusher in that mix.

Floyd Mayweather looked small, but didn’t walk like it. He walked like a man who made more money just by stepping into the ring than will ever pass through my grubby hands. I should note that I was in the bathroom as Mayweather walked out. I’ve no idea what happened, but a friend tells me he walked out to a live Moneybagg Yo performance and I believe them as I could hear them rapping along.

Mayweather’s a very good businessman. This explains his performance in the first round. Anyone who has watched one of the 50 real matches that Mayweather’s won, they’d see this is his trademark, dancing around the ring and sizing up his opponent before stripping them down for spare parts with only his gloves. It seemed he was doing the same thing with Paul here, letting him get a few tight punches off for the Red Robin manager in Owassa, Oklahoma who bet his 1994 Toyota Camry that Paul would land a punch. He also bet the custody rights to his kids, all seven of them, that Paul would win the fight, and he’d rather not see the kids. So he’d lose the kids and keep the car, the first and only win for the Red Robin manager in Owassa, Oklahoma who was really good at gambling, for one night. But he’ll wake up again the next day, and make the same coffee, eat the same cornflakes, drive the same car to the same job, where the same check engine light still blinks, and the same customers have the same complaints about the same food, made by the same cooks, who were fed the same orders, by the same waiters as they always did. The best gamblers only gamble what they can’t afford to lose, and continuity was not one of them.

Mayweather understood this better than anyone else. He didn’t gamble with his continuity. The only thing he gambled with was his dignity, his reputation as one of the best boxers of all time. And who tunes into that kind of a desperate affair? The same kind of person who would see a Jew beaten half to death on the side of the road, and as a Samaritan, a very bad Samaritan, they sell pay-per-views as the Jew languishes in violent indecency and humiliation. And a crowd emerges, in sports bars, in basements, and huddled around phones, the dirtiest and most desperate, the grim face of the 2020s, those who see themselves in roadkill, in the mirror, in divorce court, in chewed-up gum, stuck to a handrail, in a broken clock, in a dog with no eyes. And do they get to see themselves in Paul or Mayweather? No. There’s a serious inflation crisis with the price of violence nowadays. I’m spending more and more and for what? We saw something bloodless, a contractual exchange of punches, the number and timing of which was determined in advance of the fight, a very unreliable source, who isn’t close to anyone, tells me. This is what alienation looks like, what it feels like, what it tastes like. They produced a fight for people who have safe sex, people who are up-to-date on their immunizations, people who clock into work on time, people who wash their balls occasionally, people who have 401ks, people who paid off their home before they bought a boat, people who send their children to Catholic schools, and people who do sit-ups. They didn’t produce a fight for me. It's a sign of the times.

We’ve gone from the Roaring 1920s to the Boring 2020’s, the roller coaster ride of the Prohibition era is betrayed by a new Prohibition, the prohibition of risk. What started with temperance, 100 years later, isn’t much different today. One could easily take the Hooch Murder Bill and with a few minor adjustments, it could be a CDC-approved COVID-19 isolation plan that would win bipartisan support for “relying on the science” and “being data driven policy.”

I don’t know where we’re heading. I know that it’s boring, and that I have a pit in my stomach, and won’t not fare well in this new world. Oh well, I deserve it. I knew it was a cash grab, and I gave them my money anyway. Enter the epoch of self-absorption, nothing you love will be here, and yet it will be so decadent, you’ll be locked in. The time for catharsis is over.