Back at Torrey Pines

The U.S. Open will be held at the club just outside of San Diego this year for the first time since 2008. 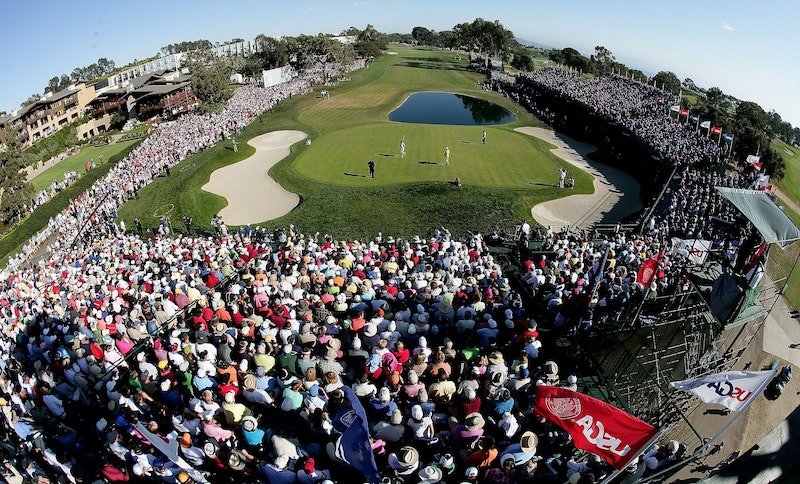 Torrey Pines Golf Club is located just outside San Diego, and will host the 2021 U.S. Open Golf Championship, beginning Thursday, June 17. The course is on the shore, so the PGA is following something of a pattern, having recently completed their Championship tournament on the Ocean Course at Kiawah Island, South Carolina. Winds off the Pacific Ocean will cause problems for bad iron shots this week.

The last U.S. Open at Torrey Pines was in 2008, and that was played over a fifth day, following a tie after 72 holes between Tiger Woods and Rocco Mediate. You may remember a very game Woods limping around Torrey Pines on a badly disintegrating left knee. The two golfers completed 18 holes, still tied, and then met at the seventh tee to begin a sudden death playoff. Woods shot four on the hole, Mediate a five, and Woods had his third U.S. Open trophy.

Woods is still recovering from a brutal car accident in February, and there’s no way to know if he will ever play competitive golf again. Regardless, the Open has a few interesting story lines, as well as a great history, dating all the way back to Francis Ouimet’s Open. In 1913, at The Country Club in Brookline, Massachusetts, Francis Ouimet entered the U.S. Open as an up-and-coming amateur. Ouimet’s story is captured in an over-dramatized Disney film named The Greatest Game Ever Played, which I’ll encourage you to watch, anyway. The movie stars a young Shia LaBeouf as Ouimet.

This week in San Diego, golfers will play 18 holes over four days. In 1913, the Open was contested over two scheduled days, a Thursday and a Friday, when 36 holes were played. The tournament featured several of Britain’s best players, including Harry Vardon, Wilfrid Reid, and Ted Ray. At the age of 30, Vardon won the 1900 U.S. Open. In ’13, Reid and Vardon were tied after the second round. Ray arrived in Brookline as the reigning British Open champion. Ouimet had played well enough to win the Massachusetts Amateur Championship earlier in 1913, and lost in the quarter finals of the U.S. Amateur that summer.

The United States Golf Association wanted Vardon in their tournament badly enough that they rescheduled play from June until September. Two rounds were played on Thursday the 18th, after the first, the tournament had co-leaders, Macdonald Smith and Alex Ross. These two men are examples of a tournament phenomenon known as “Thursday golfers,” players who rocket to the top of the leader board after one round, never to be heard from again. It still happens. In last month’s PGA Championship, Corey Conners led after Round One, with a 67. Conners finished tied for 17th in the tournament, which is better than many Thursday leaders.

After the morning round on September 19th, 1913, Vardon, Ted Ray and Francis Ouimet all finished at six strokes over par. That afternoon, each carded a 79. They’d played 72 holes in less time than today’s pros play 36, the second 18 of which were played mostly in a downpour. Similar to the Woods-Molinari situation, the playoff in 1913 was for a full 18-hole round, to be played on Saturday. After the first nine, the three were still tied, having shot par golf, or 38 strokes.

Ouimet shot par on eight of the last nine holes, and birdied one, for a round of 72. Vardon shot a 77 and Ray a 78. The five-shot victory, while a major upset, wasn’t good enough for Walt Disney Pictures. In the movie, Ouimet is shown making a final putt to beat Vardon, as opposed to pulling away over the last nine and winning comfortably. Ouimet also beat a field that is considered one of the strongest ever to play together. 1913 Open competitors went on to win over 40 major tournaments.

Some of the movie is historically correct, including the fact that at the Open, Ouimet had a 10-year-old caddie. Previously, Ouimet had played with a 12-year-old on the bag, but he was unavailable for the Open, and the chore fell to his younger brother. Eddie Lowery carried Ouimet’s bag. When a Brookline member tried to replace him for the playoff, Ouimet said, “Eddie will do just fine.”

To our knowledge, there will be no minors carrying the bags at Torrey Pines, and the top prize, $300 that Ouimet refused in 1913 has been bumped up for this year’s Open. The winner in 2021 gets $2.25 million.