Her withdrawal from the French Open is one of the most shocking events in tennis history. 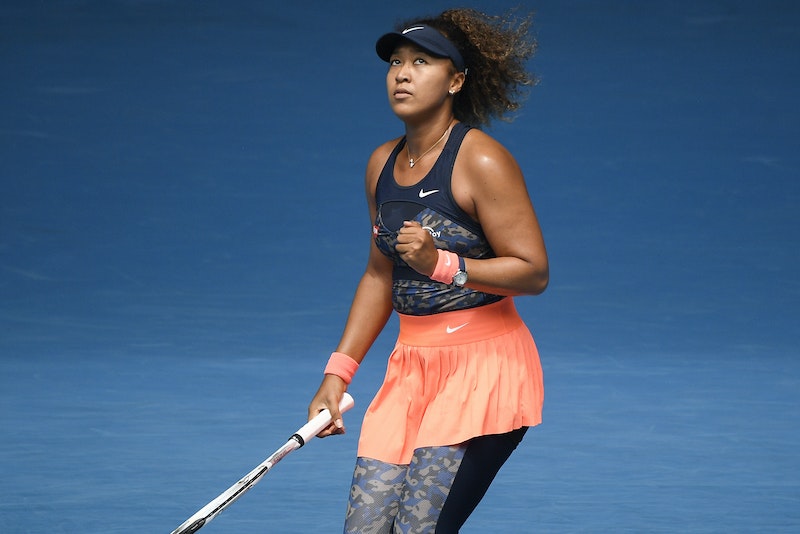 Post-game press conferences are often cringe-inducing, as any sports fan can attest to. They're full of questions that are either boring, stupid, or obviously meant to provoke an athlete. Regardless, they're part of the game, and I find it interesting to observe how a top athlete reacts to a major loss. I like the fact that they're forced into the hot seat at just the moment when they want to duck out the back door as soon as possible. WTA tennis star Naomi Osaka, however, has determined that this long-standing tradition poses a mental health threat to her. The world number two player who's lived and trained in the U.S. for 21 of her 23 years, but still chooses to represent Japan (it's about the money), announced before the tournament that she won't be doing any press for this year's French Open championship in Paris. "I'm just not going to subject myself to people who doubt me.

Osaka also complained about repetitive questions, but it's hard to muster up much sympathy for that one, especially since Osaka earned $55 million last year, almost all of it from endorsements from corporations who need the media. You'd never hear a tennis champion like Serena Williams spouting such self-pity over what amounts to an inconvenience.

But there's a big twist to this story, and it's one of the most bizarre events in the history of professional tennis. Naomi Osaka withdrew from the French Open after being fined $15,000 for skipping her first press conference, citing the depression that she's been suffering from for the last couple of years. But she failed to communicate this to the tournament organizers until it was too late. Many will vilify them now for being mean to someone suffering from mental illness, but they had no way of knowing her situation. They threatened to bounce her from the tournament if she stuck to her refusal to talk to the media, but they we're acting on the limited information she provided them.

Before announcing that she suffers from depression, Osaka said, “I’ve often felt that people have no regard for athletes’ mental health and this rings very true whenever I see a press conference or partake in one.” She's referring to the ones she partakes in after a loss, and said she hopes that the $20,000 she'll be fined for skipping press conferences will go towards a mental health charity, which isn't going to happen.

Clay isn't Osaka's best surface, so it appears that she was dreading all the questions she was going to get after  her loss about why she doesn't excel at Roland Garros. Those are the same demoralizing questions that Pete Sampras had to answer for over a decade in Paris. Making tons of money comes with some extra burdens.

Maybe someone on the four-time Grand Slam winner's team should've informed their player that she doesn't have to answer any question that affects her mental health. There's the option of saying "no comment," or just talking about something else, like politicians do. All Osaka has to do is show up at the pressers and answer only the questions that she likes. That's not too much to ask of an elite athlete, even if they are suffering from depression.

One suggestion would be for Osaka to do the press conferences, pass on the unpleasant questions,  and then donate the $15,000-$20,000 she'd save in fines to a mental health charity, because tennis executives aren't going to let themselves get shamed into such a donation.

Tournament corporate sponsors like Nike and Rolex aren't going to keep shelling out wads of cash if the faces of tournaments disappear after a loss.  Yes, the questions tend to be idiotic, and many of the subsequent articles are too, but the media creates a buzz that activates the money tap. In her announcement that she was withdrawing from the French Open, Osaka reiterated that she plans to work with tour execs to reform the media situation, which is fine if she's willing to accept the reduced incomes that she and her fellow pros will then receive. I don't think her fellow pros will go along with that.

I don't mean to minimize the suffering of someone who has depression, but Naomi Osaka didn't handle this matter correctly. Thus, the tournament organizers were caught by surprise and made to look uncaring. One of the most annoying aspects of this controversy is going to be all the opinionated pundits who know zilch about professional tennis, or professional sports in general, talking about how brave Osaka is and how oppressive the tennis establishment is. The absence of nuance in this debate is a given. If only all the hot air that's getting spewed could be channeled into something useful.