The Giants Ought To Trade Tim Lincecum

Get the most value while you can. 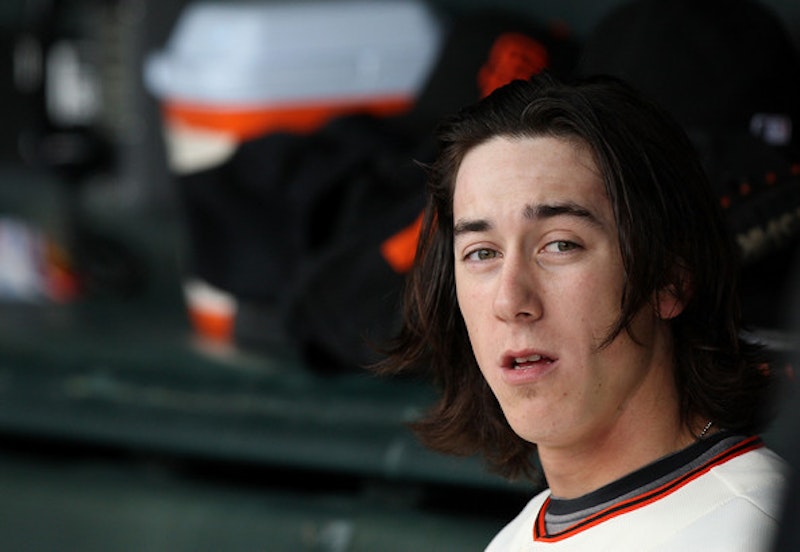 What are the San Francisco Giants doing? After winning the World Series in 2010 they let the Diamondbacks claim their title as NL West division champions in 2011. The team’s pitching remained as awesome as ever, but the hitting sagged so much that it produced only 18.1 fWAR. Still, they won 86 games, so clearly a complete overhaul of the offense isn’t necessary. As I wrote yesterday, if a certain area of a team is good enough, it can carry the entire club to postseason play. Had Buster Posey, Freddy Sanchez, and Pablo Sandoval not lost significant time to injury, the Giants very well could have challenged the D-Backs for their playoff spot.

GM Brian Sabean has two legitimate options to improve his ballclub. So far, he has exercised neither. San Francisco’s pitching staff is already phenomenal, but it could be better. The bullpen could use a couple more quality arms and the back end of the rotation might need some help, especially considering the recent Jonathan Sanchez trade to the Royals. AT&T Park is pitcher friendly, so building the team around hurlers is always a good idea. At a certain point, it’s about how much talent you have, not how you distribute it. Who’s more useful, the oft-injured and aging Carlos Beltran, or Edwin Jackson? To the offense barren Giants, most would say Beltran. Since both will cost roughly the same amount in average annual salary, their home park favors pitchers, and Jackson is in the prime of his career, he will most likely provide the most value for the team. Regardless of the fact that they have bad hitting, Jackson will help them win games by preventing runs from being scored. With the baseline of offensive talent that the Giants have, good pitching serves the same purpose as good hitting.

Can Sabean afford Jackson, though? At first glance, the answer is an obvious yes. Their projected payroll for 2012 is near $130 million, but they only have $72 million committed to contracted players. After arbitration settlements, though, they’ll be pinching pennies to make upgrades. There’s a simple solution: trade Tim Lincecum. He’s going to make at least $20 million next year, and is only controllable through 2013. Why would they deal a two-time Cy Young winner, who’s arguably the best pitcher in the league? Because in a crummy pitching free agent market he’d easily be the most valuable commodity worth trading for. The Yankees would undoubtedly shell out Jesus Montero, Manny Banuelos/Dellin Betances, and Brett Gardner for the hurler. The Red Sox would offer Jacoby Ellsbury and however many prospects Sabean could want. And Lord knows the Nationals would somehow get involved.

Trading Lincecum would not save money for current free agents, it would net high-end major league players ready to contribute in 2012.