It's Time For the Cubs To Bite the Bullet and Rebuild

They've lost some old workhorses and struck out on free agents; only one thing left to do. 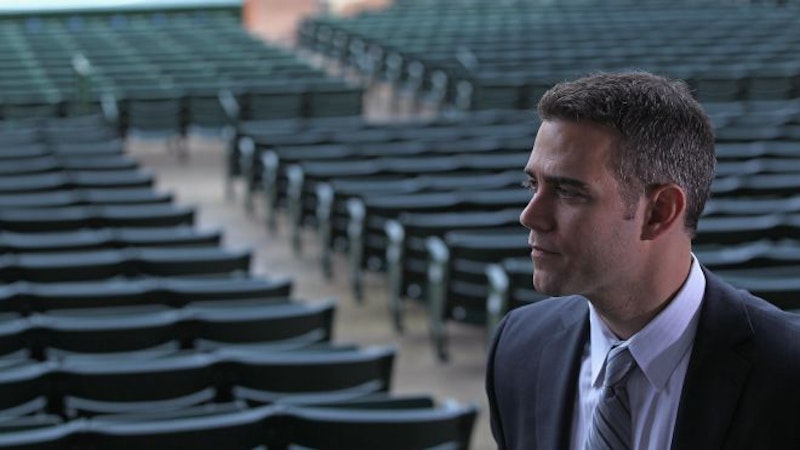 The start of the Theo Epstein era in Chicago has been marked by rampant speculation, but little action. To this point the Cubs have added free agent outfielder David DeJesus and traded for Rockies washout Ian Stewart, and that's about it for the positive side of the ledger. Chicago has lost longtime third baseman Aramis Ramirez as a free agent to division rival Milwaukee. First baseman Carlos Pena is a free agent and unlikely to return. The Cubs were rumored to be interested in Albert Pujols before he signed with the Angels; Yu Darvish who will pitch for the Rangers; and have been linked repeatedly to Prince Fielder. Given the losses of Ramirez and Pena, coupled with the free agent misses, the time has come for Chicago to tear down and rebuild.

I know that's not what Cubs fans want to hear. Epstein and company were greeted as conquering heroes upon arrival. The thought of a lengthy rebuilding process requires a major leap of faith on the part of the fan base. If Theo is so great the Ricketts family should let him do his job the right way, which begins with starting over.

If the Cubs had won the Darvish derby I think they likely would have chased hard after Fielder, decided to retain Matt Garza, and attempted to contend in 2012. The whiff in the Darvish bidding process could set off a chain reaction that leaves the 2012 Cubs looking more like a 100-loss team than a division title contender.

The Cubs have about three solid core players that would start for a contender: Garza, Starlin Castro and Carlos Marmol. The fact that two of the Cubs’ four best players are relief pitchers is a further indictment on the Jim Hendry era. Marmol is either hot or cold.  When he's on he's fantastic, but he lacks command and is good for a couple of blow-ups per month. He's signed for two years to a reasonable deal for a proven closer. The Cubs are probably better off dealing Marmol for the best package available than keeping him to close games for a lousy team.

Garza's name has been linked to trade talks since the day Epstein took the job. He's under team control for another two seasons. He may be the most attractive pitcher currently available through trade or free agency. He has experience, and success, in the AL East and could interest the Yankees, Red Sox, or Blue Jays. Fielder and Darvish would’ve been great additions who’d create some buzz in Wrigleyville. Missing on Darvish leaves Chicago with just one top shelf starter in Garza.

The rotation last season was filled out with journeyman like Rodrigo Lopez and Ramon Ortiz. The Cubs lack big time pitching prospects at the upper levels of the farm system. The Cubs should retain Castro, attempt to sign him to a long-term deal, and build the team around the 21-year-old All Star. If Epstein and Jed Hoyer can spin off Garza, Marshall, Marmol, and Geovany Soto for a boatload of pitching prospects they should take the plunge and rebuild the roster from the ground up. Cuban defectors Yoenis Cespedes and Jorge Soler should interest Chicago as young, potential impact hitters. The Cubs should also pay someone to take Alfonso Soriano, Marlon Byrd and Carlos Zambrano off their hands. Ridding the roster of Jim Hendry's mistakes will give the Cubs new front office regime a chance to do the job right without one hand tied behind their backs. It won't make the Cubbies any easier to watch in the short term, but they were pretty terrible anyway.