An MLB Team Can Win With Just Pitching (or Hitting) 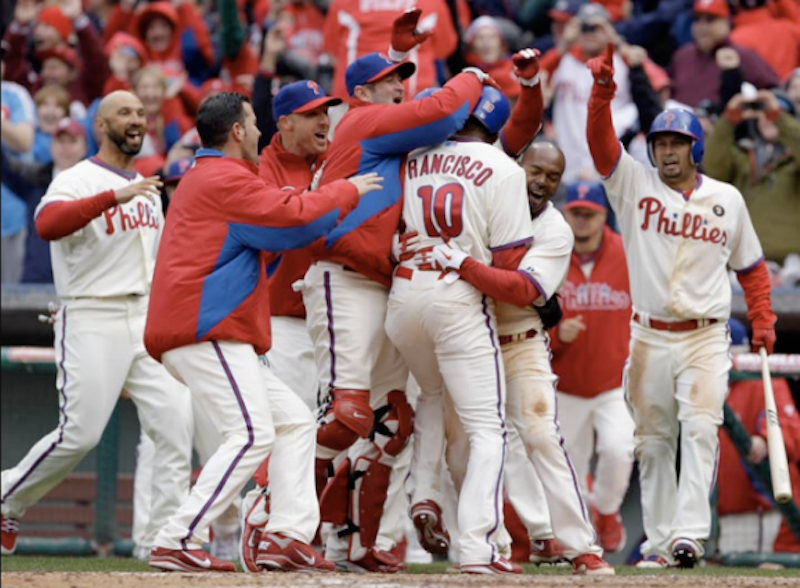 A lot of Red Sox fans are complaining about Boston’s lack of a talented fourth starter. Tough luck: deal with it. With Daniel Bard joining the rotation, a pitching staff of Jon Lester, Clay Buchholz, and Josh Beckett is more than enough. Everybody seems to remember the team’s epic collapse last year (not a peep, though, about the Atlanta Braves’ similar slide), but nobody ever mentions the fact that they won 90 games, a feat that some teams haven’t accomplished in over 22 years. Throughout the up and down season, Lester was the only hurler who consistently remained healthy. Boston’s roaring offense carried them through the turbulent year and nearly to postseason play. Clearly, pitching isn’t everything.

Sometimes it is, though, especially when you have the best staff in Major League Baseball. The Phillies’ normally dynamic hitting took a steep nosedive in 2011, totaling 24.1 fWAR, good for only sixth in the National League. How did they win an astounding 102 games then? Roy Halladay, Cliff Lee, and Cole Hamels, with a little help from Roy Oswalt, mainly. Philadelphia’s starting rotation was viewed as legendary from the first pitch thrown in spring training to the last one tossed in October.

The lesson? While teams are trying to become perfectly balanced with a proportional amount of talent evenly divided between the offense, starting rotation, and bullpen, they could instead be focusing on one particular area of the roster. In this barren free agent market for starting pitching, it doesn’t make much sense to blow all your chips on one player, whether you acquire him through cash or prospects. Yu Darvish will cost the Rangers well over $100 million total, and he hasn’t even thrown a single pitch in the majors. Also, had C.J. Wilson not taken a discount to be on the West Coast, the Marlins would’ve driven his price up past $100 million.

Free agency is always going to be a rip-off. Jason Kubel is absolutely not worth $15 million, but that’s neither here nor there. Right now, though, there is a glut of talented relievers on the market, and while their prices may seem high now (Jonathan Papelbon, for example), they’ll be much more affordable once January rolls along. Not only that, but selling teams looking to trade their closers will have to settle for a smaller return then normal, because there are so many free agents still unsigned. The A’s GM Billy Beane might receive a couple minor league ball clubs for Gio Gonzalez, but Andrew Bailey will barely net a notable prospect or two if he’s traded.

Building a team around the bullpen is always tricky, because relievers are so volatile, but just look at the 2010 San Diego Padres. They won 90 games with a 23-year-old ace and only one major offensive threat, and it’s all thanks to their spectacular relievers. So Red Sox fans, don’t be concerned if GM Ben Cherington adds a couple more relievers. It might work out in the end.