Corporate sponshorship at its worst. 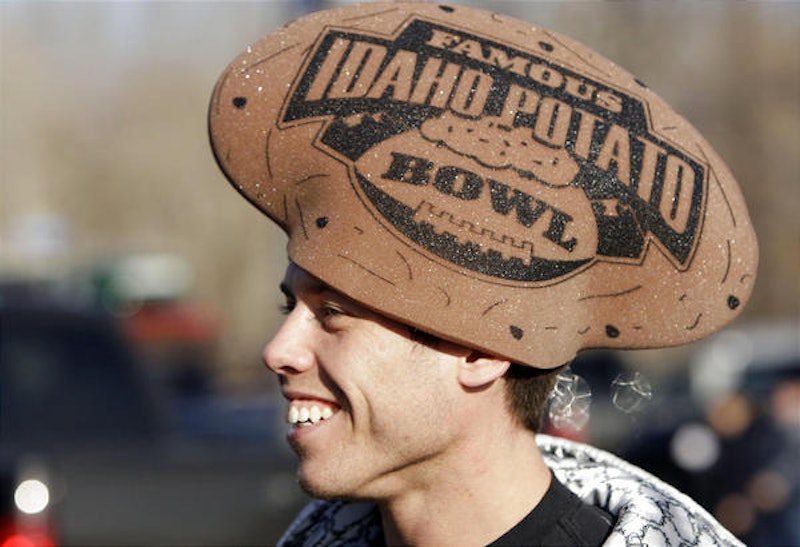 College Football Bowl season is upon us once again. There are 34 bowl games scheduled over the next two weeks, and that doesn’t include the BCS National Championship game. A whopping 70 teams will play in bowls. The concept of making it to a bowl has gone from being an honor to a hassle in just a few decades. Who the hell wants to play in the Beef O’Brady’s bowl? That sounds like a reason to seek a stomach pump, not a college football game. And the Gator Bowl, which dates back to 1946, is now the Taxslayer.com Bowl. If that doesn’t make you want to play like a champion nothing will.

I remember as a kid when the traditionally awful Maryland Terps managed a halfway decent season and were rewarded with a trip to the Poulan Weed-Eater Independence Bowl in Independence, Louisiana. I stayed up to watch the Terps take the field on national TV to play Louisiana Tech to a tie. A tie? You couldn’t even win the Weed-Eater Bowl. That’s about the last time I gave a second thought to Maryland football. In honor of the youngsters out there rooting on Arkansas State in the Godaddy.com Bowl or Western Michigan in the Little Caesars Pizza Bowl I offer this special Christmas gift:

Everybody knows a Bridgeport Education and some Champs Sports

Tiny Tots with their Chick Fil A all a-glow

Will find it Liberty to Sugar tonight.

They know that Kraft Fight Hunger is on his way

He`s Maaco lots of Independence and Discover Orange on his sleigh.

And every Mother`s Armed Forces is going to Ticket City  to see if Sheraton Hawaii really knows how to Gator.

And so I`m AT&T Cotton this little Insight

Although it`s been Tostitos Fiesta many times, many ways

A Taxslayer.com bowl season to you!