You have to win “the right way.” 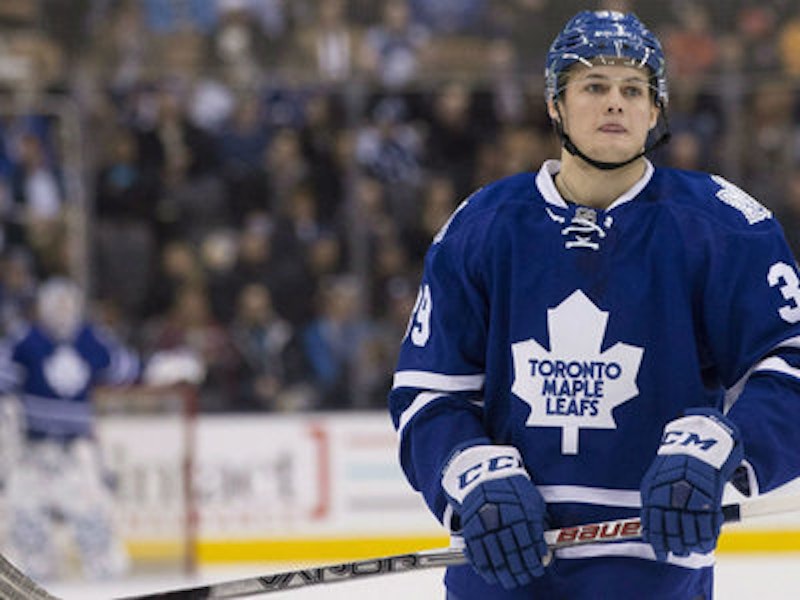 On Wednesday, June 29, two Canadian NHL franchises made potentially crippling moves within seven minutes of each other. First the Edmonton Oilers sent star left-winger Taylor Hall to New Jersey for young defenseman Adam Larsson, who has yet to demonstrate the ability to play on a team’s top defense pairing. Then the Montreal Canadiens traded their superstar defenseman P.K. Subban, who’s just coming into the prime years of his career, for Shea Weber, a defender who happens to be coming out of his prime. Both trades were instantly met with shock and derision. How could Edmonton General Manager Peter Chiarelli and Montreal GM Marc Bergevin have convinced themselves that these were good moves?

Specific explanations can be found for both trades, but in a broader sense they point to a deeper problem not just in those two organizations but throughout Canadian hockey culture—a way of thinking among Canadian hockey fandom, hockey media, and hockey professionals. You can see that problem in the results posted by Canadian NHL franchises. It’s been 23 years since the last time a Canadian-based team won a Stanley Cup, and this past season not one of them even qualified for the playoffs. There are problems with the way people across my country think about the sport, and those problems are manifested in both these deals.

Let’s look at Edmonton first. Chiarelli, hired a year ago, inherited a team that had a number of highly talented and mostly smallish forwards, but little in the way of talented and experienced defensemen. It’d been expected that at some point the Oilers would have to trade one or more of their forwards for a defender. Hence the Hall deal. The problem is that Hall was one of the Oilers’ absolute top players, a driver of offensive play, while Larsson has yet to convincingly emerge as a top defenseman or show significant offensive talent. In other words, the trade was a massive overpay.

Why did Chiarelli feel the need to make it? Probably because Milan Lucic, a left-winger Chiarelli knew from his days as GM of the Boston Bruins, was about to become an unrestricted free agent on July 1. Chiarelli knew he’d be able to sign Lucic to replace Hall. Hall was duly traded, and Lucic signed for seven years at $6 million a year. The problem: Lucic at his best is not Hall. He’s a rare physical force, albeit an undisciplined player who can lose games by taking stupid penalties at crucial moments. But he doesn’t have the offensive gifts of Hall. He doesn’t drive play the way Hall does. Chiarelli dealt away one of his best players for an inferior replacement and a decent defenseman who might potentially develop into something more.

Meanwhile, in Montreal, Bergevin traded a 27-year-old player whose no-trade clause was about to kick in (on July 1) for a 31-year-old player making $8 million a year until he’s 40. The contracts alone make the trade a loss for the Canadiens. Shea Weber’s age means his play is going to decline at some point, possibly soon, and in fact some observers say he’s already begun declining. In a salary-capped league, his contract takes up a lot of space on a team’s payroll; though, admittedly, because of the way the deal was structured, in a few years Weber will be making much less money than his actual cap hit, meaning it’ll be possible to trade him to a low-budget team wanting to reach the cap floor. But if you’re trading the prime athletic years of a superstar player for another guy who, if all goes well, you might be able to deal away before he really starts costing you, you’re doing something wrong.

So why the trade? Well, Weber’s a big, punishing player who can thump the dickens out of players bringing the puck into the defensive zone. Subban, on the other hand, is an electrifying offensive player with vastly underrated defensive gifts. Unlike Weber, Subban’s won the Norris trophy for best defenseman in the NHL—but he doesn’t hit people the way Weber does. In other words, beyond a bet on Weber’s aging process, the trade represents a change of philosophy. Bergevin’s evaluation of the two players led him to prefer Weber’s style of play, though there’s no evidence to support that preference.

Players like Subban, and Hall, carry the puck out of the defensive zone and into the offensive zone. That’s something new hockey analytics find valuable: if you’re playing in the other guy’s end of the rink, you’re not likely to get scored on. Weber’s a useful player in the offensive zone, with possibly the hardest shot in the league, but he’s also a player who spends a lot of time in his own end dealing out those heavy hits. Old-school hockey fans like to see players hit. The problem with hitting is this: it means you don’t have the puck. And if you’re hitting in your own end, it means the other team has the puck close to your net. Which is not a good sign.

The game’s changed, emphasizing skill and speed. Look at teams who’ve dominated over the last 20 years—Colorado, Detroit, Chicago, Pittsburgh—and you see a lot of speed and skill, not necessarily size. Even the more bruising Los Angeles Kings have a focus on skill. The Kings, like other winning teams, have changed how they think about defense and offense. Defense isn’t just about delivering thundering hits in the defensive zone. It’s about making sure that the puck never enters your defensive zone in the first place. It’s about moving the puck, not hitting the other guy. Conversely, a coach like Montreal’s Michel Therrien keeps going back to old strategies and keeps asking his team to dump the puck out of the defensive zone rather than bring it out with control. Twenty years ago that was considered the safe play. Today it’s archaic. And it doesn’t fit with the skills Subban brings to the rink, so he was traded for an older player who fits the system.

Therrien’s sort of approach is celebrated by many media talking heads and fans who have a romantic idea of how to play the sport—a way which no longer wins. By “romantic” I mean that this idea of the game is given a value beyond wins and losses, celebrating it as not just more effective but righter, more moral, more traditional, more Canadian. Offensive skill is looked at with suspicion, a necessary evil viewed as the domain of “sweethearts” who need bigger players like Lucic to protect them.

I think the problems with Canadian teams over recent years have to do with these prejudices and beliefs about hockey held by fans, media, and even hockey professionals. Hockey’s a tremendously important element in the Canadian psyche. For many in this country the game’s bound up with a constellation of ideas and ideals, many of them only partially articulated. The game in some way illustrates or resolves concepts about fairness, justice, violence, masculinity, and any number of other things. It’s not good enough to win hockey games. You have to win “the right way.”

What does that mean? A number of things. Demonstrating toughness. Playing through pain and injury. Valuing veterans (like Weber and Lucic) over younger players. Also a basic sense of decency: not crippling your opponent when they’re in a vulnerable spot. Except at the same time you have to play hard and punish skill players when you can, even if it’s not strictly legal by the book; one paradox of Canadian hockey is that it’s a game with a strong component of bullying and intimidation that also has, in theory, an equally strong unwritten code about right behavior.

The broader point, though, is that a specific sense of how to play the game often underlies the way Canadians who become NHL players, coaches, and front-office personnel approach the sport. And the way that people in the media talk about the sport. And what fans want to see in the teams they follow. It underlies the way the sport is conceived, top to bottom, across the country. It prioritizes physical play and is suspicious of skill. And it’s a conservative approach to the game, relying on time-tested strategies and on making safe plays. Even if new ways of looking at the sport suggest those plays aren’t so safe after all.

I think this is increasingly shown as an inefficient way to play hockey at the highest level. And because of this obsolete vision of the game, Canadian teams have yet to build the kind of powerhouses we’ve seen in the United States. If this is true, bleak times lie ahead for most Canadian franchises. Oddly, there’s an argument that the best hope for the future among the Canadian teams lies with the franchise that finished worst in the league this year. The Maple Leafs, under team president Brendan Shanahan, have shown an unusual openness to new ways of thinking and team building. They’ve made it clear that they’re on board with analytics. Drafting for skill over size has given them a raft of talented young players in their system. The Leafs are building something new, and being smart about it. They won’t win the Stanley Cup in the next couple of years. But down the road? It wouldn’t make sense to bet against them. The Leafs, infamously, haven’t won a Cup since 1967. After almost 50 years, they’ve finally changed their way of thinking about team building. Will anybody else in Canada follow?