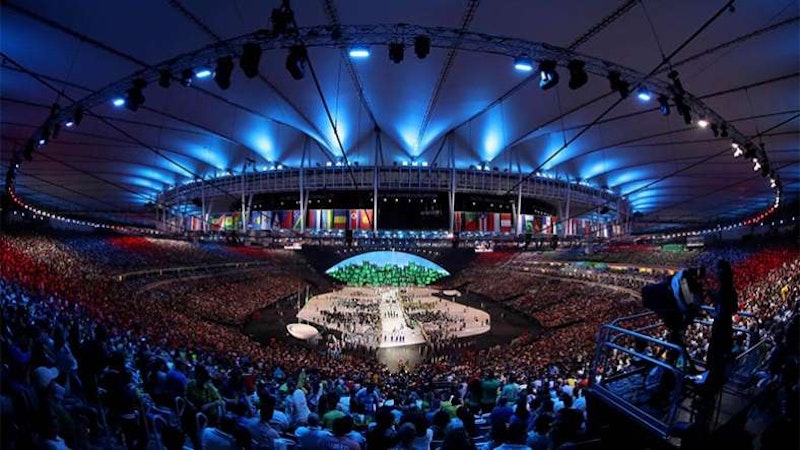 As each country's athletes entered, the viewers of the world witnessed the names of countries rarely discussed in global politics. One thing to keep in mind: Going with Portuguese as they do in Brazil, the alphabetical order was very different. Here are some stray observations from the opening ceremonies for the Summer Olympics.

Antigua and Barbuda: I always feel bad for Barbuda. Coming in 2nd before you even start.

Burkina Faso: Definitely get the award for best hats.

Bermuda: Forced to wear shorts to let the world know about Bermuda shorts.

Kazakhstan: One of the few countries that is both Asian and European.

Chad: Still hanging out after all these years.

Democratic Republic of the Congo: Not to be confused with the Republican Democracy of the Congo.

Cameroon: Where they make caramel macaroons.

Cyprus: It’s good to know that Cypress Hill has been keeping busy and got his own island and shit.

Denmark: The contingent came in solemnly. No dancing. A few tiny flags waved.

Slovakia: Walked in quite leisurely.

Micronesia: Athletes here are much more specific in their training than Macronesians.

Yemen: Yes, there were men and women from Yemen.

Jamaica: The bobsled team was nowhere to be found.

Kiribati: If you know where Kiribati is, you may be a professional geographer.

Lichtenstein: Such a long name for such a tiny country.

Maldives: Swimming for their very lives!

Malta: Bet you never knew where those little chocolate whoppers were made.

United States of America: We've never been more divided in many ways, though we do still have a federal government and a flag.