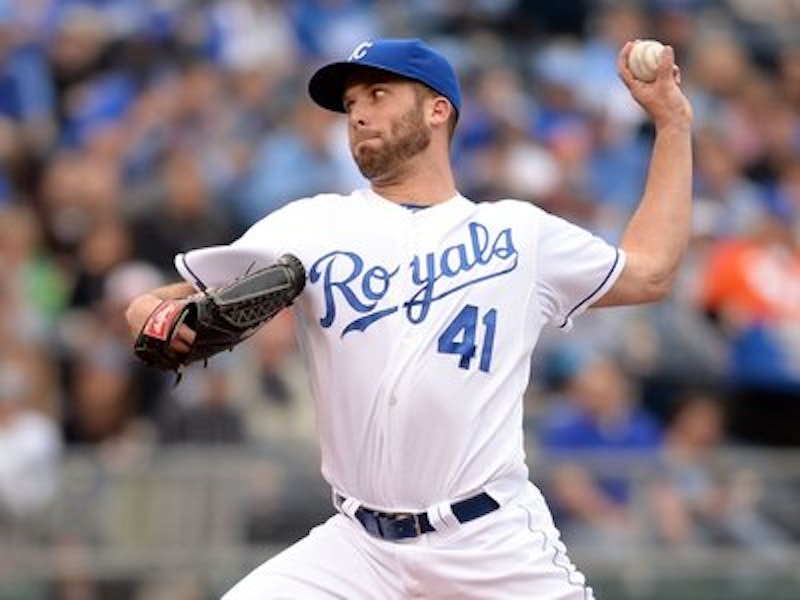 Major league pitchers have always been a fascination of mine. The pitcher’s statistics fluctuate wildly. The pitcher’s health is always a concern. The pitcher’s an enigma. Careers that don’t follow consistent trajectories. The major league history books are filled with examples. Here are two:

Randy Johnson led the major leagues in walks for three straight years, and was headed for a mediocre career at best until he found a way to harness his elongated limbs and command the zone. Johnson eventually turned into one of the best pitchers the game’s ever seen, finishing second in career strikeouts.

After debuting in 1986 with the Cubs, Jamie Moyer was the epitome of a “journeyman” for the next decade of his professional career, rarely striking out batters and giving up more than a hit per inning in most seasons. After landing in Texas, Moyer pitched out of the bullpen in 1990. A brutal 1991 performance in seven starts with the Cardinals nearly drove Moyer out of baseball. In an ESPN interview from 2012, Moyer recalled driving across the Ohio Turnpike to join the Toledo Mud Hens. Moyer: "I remember telling myself, 'This potentially could be your last opportunity. So approach this in a way that you have fun with it. Just be yourself and go throw whatever you want to throw, when you want to throw it, where you want to throw it.' I honestly did that. And things just started to turn around. I really took pressure off myself… I relaxed a little bit. It wasn't like every time I pitched I was pitching for my career and my career was on the line. Things just started to fall in line.”

At 49, Moyer was still pitching in the majors. The best seasons of Moyer’s career came at age 38, 39 and 40, a decade after he was nearly pushed out of the game. Like I said, starting pitchers don’t follow a straight line. Well… all except Greg Maddux.

With these reference points as a backdrop, let’s take a look at one of 2016’s MLB leader pitchers (through August 23):

Danny Duffy: After rising quickly through the minors after being drafted out of high school in 2008, Duffy stunned the Royals by choosing to retire in March, 2010. A few months later, the 21-year-old came back to join the Royals farm system, eventually ending up in AA at the end of the year. In a surprising move, maybe based on the fear that Duffy would leave again if forced to stay in the minors, the Royals chose to promote the 22 year-old to Kansas City. Duffy debuted in 2011, making 20 starts at 22. Those starts were mostly disastrous, resulting in a 5.64 ERA and an unsightly 1.61 WHIP. I remember seeing him in Oakland that year. It was mid-June. The A’s don’t draw well. It wasn’t hard to get good seats near the Royals dugout. Duffy’s family, making the trek from southern California, cheered him on. He did alright, going six innings and limiting the damage to two runs, while walking four batters. It was one of the few bright moments of 2011 for Duffy. Ironically, Duffy’s 2012 debut start came back in Oakland, where he held the A’s to one hit and no runs in six innings. After a few rough starts against some of the game’s best lineups, Duffy left a May 13th start against the White Sox in the first inning. Elbow discomfort. Tommy John surgery. Duffy wouldn’t be back on a major league mound until August, 2013.

Everything came together for Duffy in 2014, even though he missed out on the final rotation spot to Yordano Ventura at the end of the spring. When a slot opened up, Duffy made his first start on May 3, and stayed in the rotation all season, thanks to renewed confidence, his domination of left-handed hitters, and ability to induce weak fly balls. Kauffman Stadium is a forgiving place to pitch, with that cavernous outfield and stellar outfield defense. Duffy’s command improved and he finished the season with a remarkable 2.53 ERA and a stunning 113 hits in 149 innings pitched. Duffy limited lefties to three extra-base hits in 138 plate appearances. The Royals used Duffy out of the pen in October. In Game 1 of the Division Series, Duffy pitched a scoreless 11th inning against the Angels and ended up with a win. In the World Series, Duffy made two appearances.

Last year’s results were closer to average than outstanding. After a decent April, Duffy got hit hard in early May before landing back on the DL with biceps tendinitis. The rest of the year was a mixed bag, with dominant moments and lackluster outings sprinkled in. In October, as the Royals were making their deep postseason run, Duffy became a fixture in the bullpen again, used mostly against lefties.

And now here we are in August of 2016. Duffy, now age 27, is lighting up the American League. Once again, Duffy started the year out of the rotation. Instead, Ned Yost chose Chris Young and Kris Medlen as the fourth and fifth starters. After a fantastic stretch of relief, Duffy started on May 15th this year and once again hasn’t looked back. Duffy’s been as consistent as any pitcher in the American League, making 19 starts, and allowing more than three runs only twice. The walks, which occasionally plagued him in the past, are no longer an issue. On August 1, at the ugliest and saddest stadium in the majors, Tropicana Field in Tampa, Duffy took a no-hitter into the eighth inning. He finished with 16 strikeouts, one walk and a double allowed. Duffy’s 2.66 ERA is second in the AL. Only Tiger rookie Michael Fulmer (2.58) has allowed fewer runs per inning to cross the plate. Duffy’s 1.01 WHIP leads AL starting pitchers. Six years after his brief retirement, Danny Duffy is busy retiring hitters at an alarming rate.