To them, it doesn’t matter who's pitching. 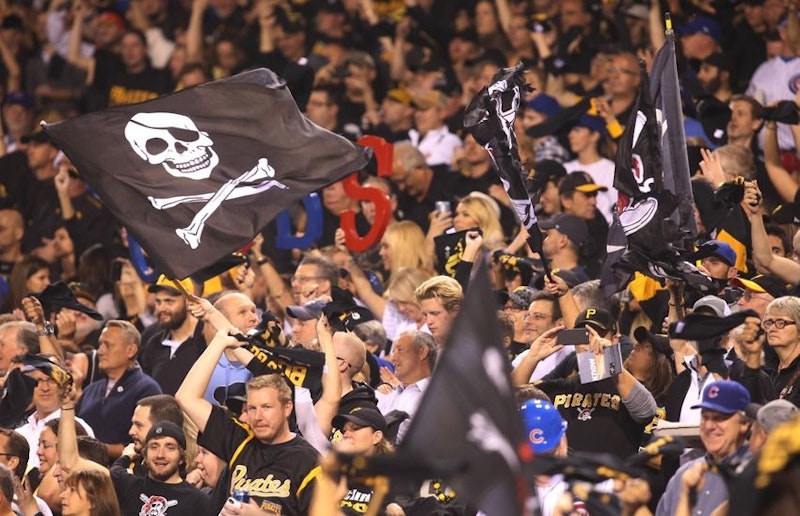 It was Ivan Nova’s debut for the Pirates. A muggy Saturday at PNC Park in Pittsburgh with the Reds in town. At the trade deadline, the Bucs dealt two minor leaguers for the Yankees starter and the fans behind me, a freshly-seated local family, were curious as to who was pitching. In fact, the patron of the group misinformed his brood. “Liriano’s pitching,” he said, gesturing at Nova during his warm-ups. Yes, the 29-year-old Nova is of similar color scheme and ethnicity and both were born in San Cristobal in the Dominican (digression: ex-Bucco Raul Mondesi is now mayor of that city), but the 32-year-old Liriano had been sent to the Toronto Blue Jays a whole week earlier for a righty pitcher named Drew Hutchinson. Eventually, by connecting the scoreboard information with the live action in front of her, the guy’s daughter corrected him.

Let me introduce these fans: they are the Laypeople. They are attending a game without knowing who the starting pitchers are. Advanced “fans” must grit their teeth and accept this fact without judgment: a majority of the crowd sitting in the lower stadium bowl shows up without basic knowledge such as who the starting pitcher is for their team. There is a gray area when it comes to these fans. Some are innocently ill-informed and will have fun over the three-hour span that is a ballgame, and some have been dumbed down to the point where they forget they are allowed to heckle, to stand up as a home run ball sails toward the outfield stands, to stack souvenir cups and ask “Who’s counting?” They don’t boo the umpires as they are introduced nor do they make backdated jokes about basecoaches and their former teams. If I had to rank the fans I have sat amongst on the road, my outdated recollections are San Francisco with the most fun crowd, and the old Veterans Stadium Phillies fans also rank up there. I’d even give a nod to the old Shea Stadium Mets RC Cola geeks—they were at least willing to engage in painless verbal jousting. Today’s Yankee Stadium is filled with corpses and Citi Field has a laconic, Lost Planet Brooklyn Dodgers fanboy feel to it these days.

Props go to the Pirates faithful in Pittsburgh for the strong turnouts and the fact they’re decked out to the gills in Pirates gear. The lovely black and gold color scheme of the Pirates happens to match the two other major league sports operating in Pittsburgh. But it can be hard to ignore the huge information gap between the Laypeople and the sports bloggers, writers, Sabrematicians and baseball geeks who pour over minutiae that they think is outdated 10 seconds after they peruse it and before they can “argue” about it online. It is a yin-yang type of deal, I suppose. Thankfully the Laypeople keep the ballpark from becoming one big Star Trek convention if the super fans were to take over.

And don’t think the players don’t notice the fandom. Lately we’ve seen the ever-moody Joey Votto physically denounce a foul ball interference by a front-row guy in a Reds shirt in his home ballpark, and even the other vaunted former NL MVP—Andrew McCutchen—has been seen eyeballing a heckler or two in Pittsburgh. McCutchen cut his dreads after he got married (he proposed live on The Ellen DeGeneres Show) and now he’s having an extreme off year that may or may not be related to a thumb injury and/or personal problems. Many super fans have turned on him, and the Laypeople are bound to do the same if he keeps striking out in key situations against mediocre middle relievers. The McCutchen decline reminds me of Jason Giambi’s mighty fall when he arrived in the Bronx and was told to cut the hair, stow the Harley, put away the remote control trucks and cover up the tattoos. With his personality flushed into the Bronx sewers, what ensued was the slump of Giambi’s life and shadow of PED use growing long and tall over his once massive diamond presence. He became yet another former MVP in the tank. I’m beginning to think the big plaque of an award is cursed.

While on the road, I enjoy looking around hotel and bar lobbies for nightlife guides and other freebies related to the game. In an oddball relic of a plastic free newspaper box I found a glossy, slightly oversized copy of Nightwire. Apparently it is a monthly guide publication with an August issue full-color action cover shot of Bucco shortstop Jordy Mercer, he of very little publicity ever. Jordy is quietly having a fine season, nothing near the greatness of the other ignored Pirate and current team MVP David Freese. There was a generic piece inside headlined “New Names Making Waves for the Pirates” which was obviously put to bed well before the Aug. 1 trade deadline.

Many of the Laypeople shall disappear this week as the worshipped Steelers begin their preseason NFL campaign. The weeding out is inevitable as it will expose the “diehards” among the Laypeople—the ones remaining at PNC Park well into September as the squad vies for its fourth straight NL Wildcard appearance. They are not sign-makers or face-painters (a cliché horribly destroyed on episodes of Seinfeld). They will, however, consume the bumper crop of clever, independently-produced souvenirs sold around the fringes of the ballpark, especially nostalgic t-shirts that play on the 1970s championship legacy of the Pirates. They’ll laugh at Francisco Cervelli’s scoreboard “advice to the lovelorn” feature and perhaps buy the oft-injured catcher’s new brand of salsa, which I could not find anywhere during my visit.

It certainly warmed my heart to see footage of Starling Marte trying to play an accordion while wandering the Bucco clubhouse. He lifted if from the nearby locker of Felipe Rivera, a fireballing lefty reliever who came over from Washington in the Mark Melancon trade. He’s a Venezuelan with high-90s velocity who could make a difference down the stretch run, especially if he could learn a few polkas on that squeezebox. The Laypeople, some known in Pittsburgh as Yinzers in the local vernacular, have polka in their blood. And they would like nothing better than to dance well into October.