The Future of Maryland Hoops 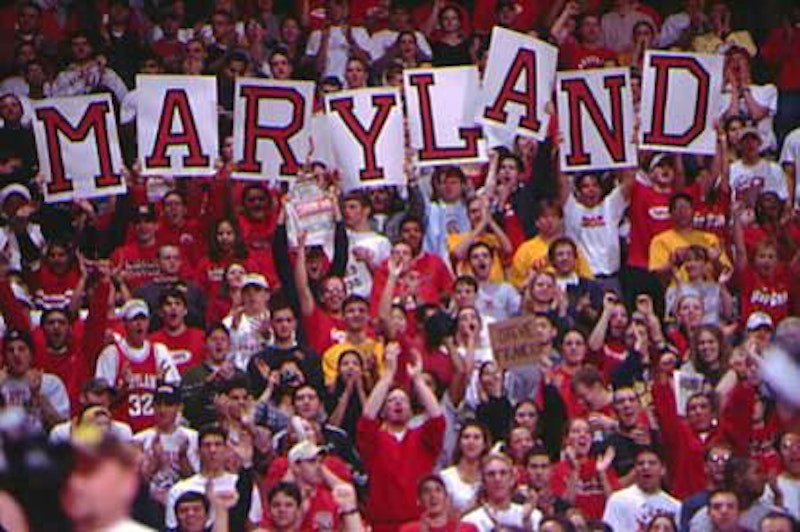 The University of Maryland men’s basketball team ended its disappointing season with an 85-69 loss to the North Carolina Tar Heels in the ACC tournament. The loss marked the fourth in five games and left the Terps with a record of 17-15. The onetime conference power was left out of not only the NCAA tournament, but the NIT as well. It was a tough pill to swallow for longtime Terps fans but first year coach Mark Turgeon promised better days ahead.

Those better days could arrive in College Park as early as next November. Maryland’s incoming recruiting class consists of six freshmen backed by a buzz that recent classes have lacked. Former Terps’ coach Gary Williams was often criticized for his inability to land big time recruits. Williams’ critics pointed to his unwillingness to tour the AAU circuit and curry favor with coaches to steer recruits to Maryland. Turgeon’s staff has no such qualms.

The Terps’ top rated recruit is 6’9”, 270 lb. Shaquille Cleare of The Village School in Houston. Cleare is one of the nation’s top big men. I recently heard a radio interview with Cleare in which he stated that he was still growing. Cleare could start at power forward as a freshman for the Terps; at worst he’ll be the first big off the bench behind senior forward James Padgett and sophomore center Alex Len. Cleare figures to give Maryland the inside scoring punch that they lacked this year following Jordan Williams’ decision to enter the NBA draft.

Cleare isn’t the only big man headed to College Park. Turgeon also secured the commitment of Charles Mitchell, a 6’7” 250 lb. center from Marietta, Ga. Mitchell will battle with returning sophomore Ashton Pankey for front court minutes. Turgeon may also have 6’9” forward Damonte Dodd at his disposal next season. Dodd is considered more of a project than Cleare or Mitchell and could end up redshirting his freshman year or possibly playing a season at a prep school. Maryland also has, as of last week, Michigan transfer Evan Smotrycz. He’s another 6’9” player to add depth to the front court. Smotrycz will sit next season as a transfer. Smotrycz is said to be more of a perimeter threat than an inside banger.

Terps’ sophomore small forward Mychal Parker announced that he was transferring last week. He played sparingly behind senior starter Sean Mosley this season and would have had to battle for a spot in next season’s rotation. Incoming freshman Jake Layman is a 6’8” small forward from Massachusetts. Layman could potentially start as a freshman next season. Nick Faust is the Terps’ other option at small forward, but he may be best suited to play point guard.

Maryland will return leading scorer Terrell Stoglin next season. Stoglin was criticized for taking too many shots last season, but he was essentially a one-man gang. Alex Len lacked the conditioning or offensive refinement to be a consistent threat in the post. Faust did his best work on the fast break and struggled in the half-court offense until late in the season. Next season Stoglin will be helped by the inside presence of Shaq Cleare, an improved Nick Faust, and freshman Sam Cassell Jr. to help spread the scoring burden. Cassell Jr. is an important recruit for a number of reasons. He’s a Baltimore native and re-establishing a pipeline from Baltimore to College Park will go a long way to returning the Terps to prominence. Cassell is a combo guard who can reportedly create his own shot. The Terps will also welcome Seth Allen, a shooting guard from Fredericksburg, Va., to next year’s squad.

The 2011-12 version of the Terps lacked depth across the board and inside scoring. The 2012-13 Terps could have a 10-man rotation with a top rated recruit providing points in the paint. The young Terps will be tested early as they’ll head to Brooklyn to face defending champ Kentucky in the season opener.