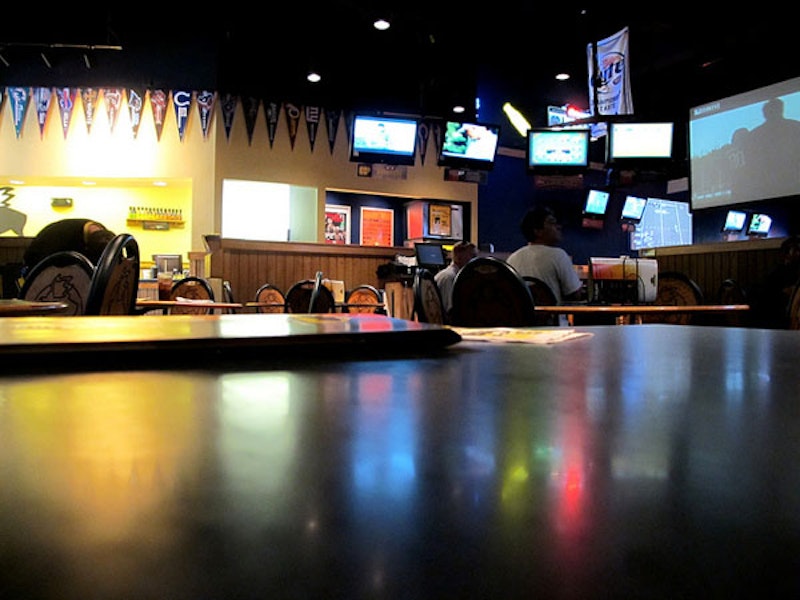 This past Opening Day was the first in which I was in transit. Usually I’m camped out somewhere ready to take in the one-of-162 magic that marks an end of winter, an arrival of another birthday and all of the restart anew poetic license vouched for by a fresh baseball season.
There was no international gimmick this year from MLB, no “Reykjavik Series” opener between, say, the Minnesota Twins and Seattle Mariners. The 2015 lidlifters took place in a sports vacuum, with the Duke vs Wisconsin NCAA basketball title looming large over a bunch of baseball blowouts and crappy weather from the Midwest eastward.

I was on a JetBlue flight from Orlando to Newburgh, NY as the 1:05 pm Opening Day starts ticked away and the Yankees were on ESPN, which was visible on the monitor in the seat-back in front of my face. I enjoyed being the baseball captive, but had a chance to survey other screens on the plane. Of the 30 or so I could see by standing up or heading to the restroom, not one was tuned into the Yankees-Blue Jays tilt live from the Bronx. Even the kid in the Yankee hat and Tanaka t-shirt was ignoring his team. Instead he was listening to Meghan Trainor's “Your Lips are Moving” on the satellite radio channels. The rest was pay-per-view Birdman, CNN with multiple news tickers and still photos of the suicidal German pilot—just the type of programming you want while flying at 38,000 feet over the Blue Ridge mountains of Virginia.

The Pirates were plagued by horrible weather and the Billy Hamilton-Joey Votto vaudeville act in Cincinnati, where for years the first game of the season was always played on a Monday. Now it’s a Sunday night TV affair on ESPN usually from a cold-weather clime. This year was the half-demolished Wrigley Field with its toilet lines and metal detectors and dead ivy on the brick wall. I went to an open-air bar on Cocoa Beach and had to ask the bartender to put the game on, switching his many flatscreens from an epic Easter movie of some type on Turner Classic. Again, a true baseball fan can get that Omega Man feeling when the national consciousness—a random beach bartender—does not know the first game of the baseball season is available on a broadcast cable during primetime.

Cubs-Cardinals was no parting of the Red Sea, but instead a snoozer St. Louis win from a snoozer hurler with parkas and ponchos and hoodies filling the dark stands on Chicago’s northside. I’ve been at college ballparks with better lighting than Wrigley. In fact, a few days earlier I was at a high school facility in Florida under a baking sun inspecting an athletic complex that makes many NCAA Division I places seem like random sandlots. It was Merritt Island High School, home of the Mustangs and Clint Hurdle Field. The Pirates manager played his prep ball at Merritt Island before getting drafted in the first round by the Kansas City Royals in 1975. I am fond of managers and Hurdle has been growing on me these past few seasons in Pittsburgh. Strolling through the Merritt Island complex, I was completely alone with thoughts of the game and the perfection of the diamonds before me. Groundskeepers sheds were everywhere, big banners featuring a strapping row of Mustang baseball “seniors” were strung above a healthy crop of sponsorship ads from The Sports Authority and Sunoco. The batter’s eye has the school logo emblazoned on the very top, fences were padded and warning tracks groomed. There seemed to be at least two varsity baseball fields and a softball diamond. There were pro-style moveable batting cages and a sturdy press box. Somewhere near these beautiful fields there’s a school. I think it was the flat building closest to the highway. Back north in White Plains or Newton, MA, or Haverford, PA, young ballplayers were still shivering indoors hoping to squeeze in a practice or two with a schedule filled with postponements and snow-related cancellations. Florida kids enjoy a year-round exposure to the Vitamin D of the sun’s rays and on Merritt Island they can skateboard or ride their bikes or go surfing and it’s no wonder so many pro ballplayers come out of the Sunshine State environs.

The winter hangover is harsh and returning north was no picnic. Sure, the 2015 predictions are out and some said the Pirates while most pundits stuck to the party line of the Nationals, a tune we’ve all heard before. I am going to skip the forecasting this season to avoid any jinx and also to avoid my usual absurd predictions that would include everything from the Twins winning it all to an ISIS invasion of Cape Cod.

Watching the Bucs get swept in the agonizing opening series in Cincinnati on DirecTV was like spending a week there one afternoon. It was like watching nine games instead of three, given the amount of rain delays, with the middle game ending near two a.m. on April 9, which is my birthday. The Pirates rarely win on my birthday, but they rarely lose twice, which they did this year as they dropped the Thursday matinee 12 hours after losing the extra innings battle on Wednesday/Thursday morning. At least April 9, 2015 wasn’t as bad as April 9, 2001 when the Pirates opened PNC Park just hours after Hall of Famer Willie Stargell died.