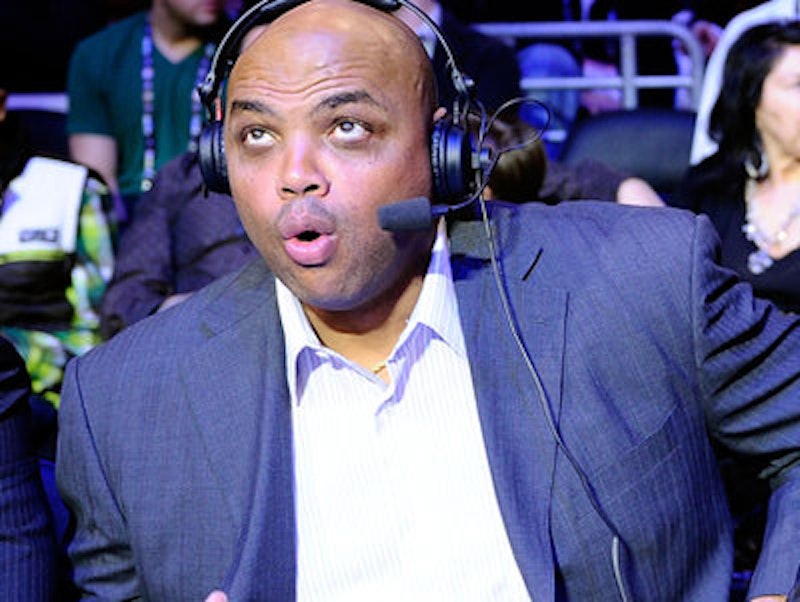 I’m not sure when it happened exactly, maybe 10 years ago, but ESPN, Yahoo and the rest of the corporate sports media industry, who have always enjoyed quoting athletes saying stupid things, began taking it to the next level, constantly badgering athletes to self-promote and sound like egomaniacal assholes (some don’t need much help), in order for the media cycle to provide easy targets for Stephen A. Smith, Skip Bayless and Colin Cowherd the following day. Amazingly, the hot air has yet to melt ESPN down into the black hole of Bristol, Connecticut.

Growing up in Boston, I understand the cultural phenomenon of sports talk radio and what a “hot take” really is. It’s an easy and provocative way of dumbing-down simple-minded people who see the world in black-and-white. Our political campaigns are filled with gossip-filled plot twists and endless array of talking heads reinforcing the sludge to the masses. Everything is newsworthy in this age. I feel like Andy Rooney, hermetically complaining in my corner.

The Internet avalanche of clickbait now brings these non-stories to our eyes wherever we wander online. The “build your brand” bullshit and the endless self-promotion that has infiltrated the sports world is here to stay, whether we like it or not. Filtering it out becomes paramount for the semi-enlightened sports fan who wants to avoid the swamp of ego-driven despair that comes with enjoying a game, a team or a particular player.

That’s the headline, designed to make you click. As Chris Beck eloquently wrote here, controversy reigns in today’s competitive media climate. Truth be damned, not truth be told. So much garbage designed to provoke reactions, rather than examine with a critical lens. Very few media outlets worry about correcting their false claims. Everyone moves on in an instant.

If you clicked on the Harden headline, you’d find that he actually said, “I think I’ve done enough to win [the MVP] but that’s not my main focus.” In that piece, though, you’d also discover that earlier in the week he told NBA.com:

"I feel as though I am the MVP," Harden said. "I think the MVP is the most valuable player to your team. Obviously you have to be winning and be one of the top teams in this league and we are. I'm not taking credit away from anybody else in the league. But I've been consistent all year. I've just been doing the right things to put my team in situations to win, considering all of the different circumstances we've had to deal with."

The question: why wouldn’t Harden feel this way? He’s been incredible all season. The Rockets have dealt with key injuries, and their offense, especially without injured center Dwight Howard, is entirely built around Harden’s penetration. Nearly every possession in which he’s on the court, Harden is the catalyst.

However, the same is basically true for Golden State’s Stephen Curry. Both are incredibly skilled offensive players who are vastly improved on the defensive side of the ball. Both of their teams are having outstanding seasons. To discuss the NBA’s MVP race and not mention Chris Paul of the Clippers, Anthony Davis of the Pelicans, OKC’s triple-double machine Russell Westbrook, or the perennial favorite who everyone is tired of winning everything, LeBron, is to simplify an impossible task. Which brings me to this: why have the debate in the first place?

Because it’s fun. Because people love to prove their expertise through numbers. Because it gives weary NBA fans something to talk about before the playoffs start. Because it’s part of NBA history. Because it provides grist for the mill.

They want everything they read to prove what they already believe. They don’t want to acknowledge the gray-shaded area that results from critical thinking and critical analysis. They read much of their online writing through their Facebook feeds. In case you were unaware, Facebook algorithms are dominating the journalism landscape. As we become so bombarded with information, we react with our lizard brains and share juicy bits of headline like pigeons following each other to the man on the park bench with the breadcrumbs and with lots of time. The sharing numbers tells the advertisers what is working. What is working continues to work. While our brains stop having to work.

But let’s get back to the really important stuff: the meaningless award the NBA hands out at the end of every regular season. NBA writers began throwing out MVP race pieces in January. Thirty games into an 82-game season. Why? Because people like to argue about the best players. It’s the easiest angle to take when you’re not feeling inspired. For months, smart NBA writers (yes, they exist) go back and forth, deliberating over their choices. As if there were a correct answer. As if enough analysis will result in anything but paralysis.

How about this: NBA fans have been treated to aesthetically-pleasing hoops this year, as teams follow the San Antonio Spurs’ philosophy of rapid ball movement and intelligent shot selection. We’ve seen surprisingly dominant seasons from the Atlanta Hawks and Golden State Warriors, two teams that demonstrate the importance of trust in a system, and that operate intelligently and fluidly on offense and defense. Teams playing beautiful team basketball.

I’m not interested in the MVP race. I love watching Steph Curry play basketball. I also love watching Chris Paul and Russell Westbrook play basketball. All three play with a fierce determination, though Steph also plays with an unbridled joy that is undeniable. James Harden is brilliant. He finds ways to make opponents foul him that few in the game ever have. While Harden is a painter, LeBron and Westbrook are simply unstoppable with their freight train penetrations. Curry and Chris Paul work the pick-and-roll to perfection, finding passing angles for kick-out three-pointers that seem impossible. I can’t wait to see what happens to Anthony Davis as he continues to develop and age. I watch Kawhi Leonard and Draymond Green play defense and I find myself leaping from the couch, waking up my sleeping wife, and scaring my dogs.

Instead of proving any one player is the best, I’m content to watch them all take playoff games into their own hands, and in the process make their teammates better. This is what makes the game so compelling. This is why I love the NBA. There isn’t one player who’s the best, but there will be one team remaining in June, and they will have leaned heavily on each other to get there.