Minnesota balks at a full re-build. 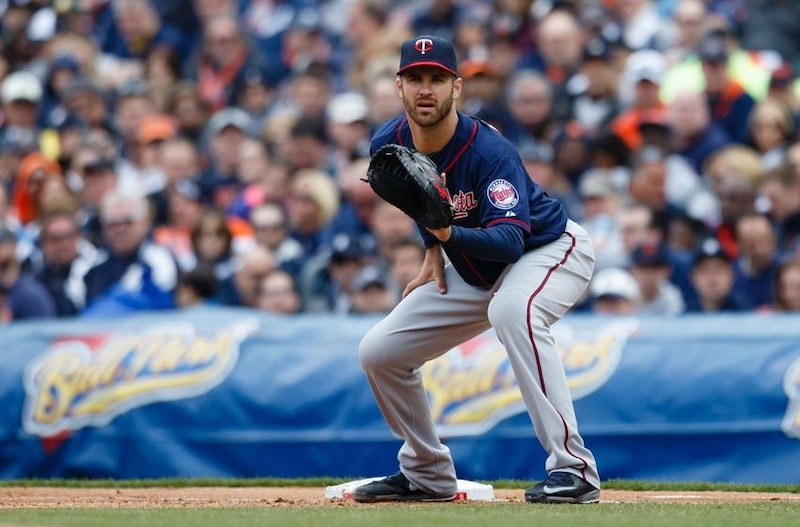 The Minnesota Twins are a confounding franchise that’s desperately clinging to the promise of Joe Mauer and long-ago playoff appearances. Mauer has become a $23 million Punch-and-Judy hitter and the Twins have tumbled in the standings. The Twins are bad, and have been bad for the past four seasons. Minnesota’s been reluctant to accept its place in the American League, eschewing a rebuilding effort to spend more than $100 million over the past two off-seasons on a pair of 32-year-old pitchers. Despite the outlay of cash, Minnesota is destined for the AL Central basement.

The Twins’ investments in Ricky Nolasco and Ervin Santana didn’t make much sense when they were signed. Nolasco was a career National League pitcher coming off his best season in six years when Minnesota signed him to a four-year $49 million contract during the 2013 offseason. Santana parlayed a one-year stint in Atlanta into a four year $55 million deal with Minnesota. The addition of Santana would’ve made sense for a contender in need of a mid-rotation veteran but the deal did little for the Twins’ playoff hopes.

Now, less than a week into the 2015 season, Minnesota may get next to nothing out of those two this season. Santana was suspended 80 games last week for violating the league’s drug policy. The right-hander predictably stated that he didn’t “knowingly” take a performance enhancer and the Twins sunk a bit further into the cellar. The Santana news was quickly followed by Nolasco getting shelled by the Tigers on Wednesday, and reporting elbow pain after the loss. Nolasco made a habit of getting shelled in 2014, but the Twins no doubt hoped he would right the ship this season.

The Twins brought back fan favorite Torii Hunter on a one-year contract to take a farewell tour around the American League. The almost 40-year-old Hunter may help fill some seats in Target Field, but giving 500 at-bats to a fading star will do nothing for Minnesota’s long-term plan. Those at-bats would be better served going to young players like Kenny Vargas, Danny Santana or Oswaldo Arcia.

The only thing Twins fans really have to look forward to is the arrival of a pair of baseball’s best prospects. While the Minnesota front office has failed miserably at the Major League level the organization boasts the Byron Buxton/Miguel Sano duo that’s the envy of every ballclub outside of Chicago. Sano and Buxton both had injuries in 2014 but they should advance quickly through the minor leagues now that they’re healthy. Minnesota baseball fans will spend most of the next six months checking box scores for Double-A Chattanooga and hoping.

The biggest issue in Minnesota is the team’s inability to develop pitching. Minnesota struck gold when the front office took a flier on Phil Hughes last year but the rest of the rotation is a mess. The closest help on the farm is Alex Meyer, acquired from the Nats in the Denard Span trade two winters ago. Meyer posted an excellent ERA and strikeout totals in Triple-A last season but he also averaged 4.4 walks/9 innings. Meyer will have to improve his command to have a chance in the American League. Minnesota holds the sixth overall pick in the June draft and will undoubtedly be looking for a dynamic arm to pair with Buxton and Sano.