Big Papi’s flare for the dramatic will make itself evident this winter. 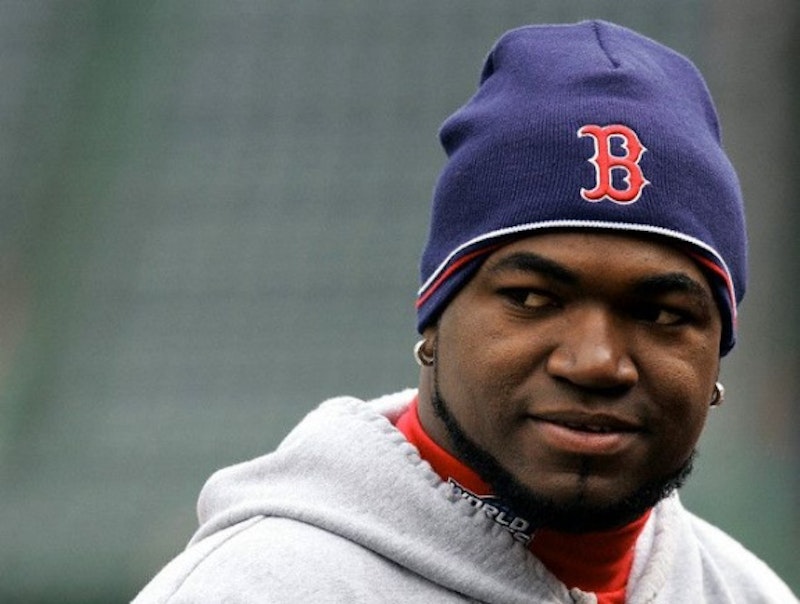 It’s surprising that David Ortiz is still so popular with the people of Boston, and baseball fans in general, considering all the whining that he does. First he felt disrespected, then underpaid, then unhappy with the clubhouse situation. Big Papi even went as far as to question his future with the club. Yet Boston still adores him. The adoration goes deeper than his statistics, though. Sure, in 2009 fans began to boo him by mid-May because he was pulling a Carl Crawford, but that was short-lived, rightfully brought on by a painful April. Even so, Ortiz represents the Red Sox: his playoff heroics in 2004 will never be forgotten, nor will the career best numbers he posted in 2007 (per fWAR). What’s really made the DH an icon, though, is his appearance: he looks like the Dominican Santa Claus.

Don’t let his loveable-ness fool you. In any negotiation—contract dispute, potential extension, pending free agency—sentimentality must be downplayed. Believe it or not, the fans will get over any departure eventually. Red Sox GM Ben Cherington needs to rationally examine the pros and cons of extending his DH for another year (Big Papi might want more than a one year deal—he might fight till the end for it—but he isn’t getting one, that’s for sure).

Before his injury, the slugger was piling up hits and performing like his 2005 self, obviously playing for a major payday this winter. There’s no doubt Papi has been productive—offensively at least. The man only contributes on one side of the diamond, however, and designated hitters are easy to come by. Additionally, they don’t usually command such a hefty price tag, unlike Papi, who’s earning $14.575 million this season. The free agent market always presents a couple of buy-low veterans, who have been rendered obsolete on defense that can still swing a bat. Vladimir Guerrero, who signed with the Rangers in 2010 on the cheap, was one of the club’s best hitters that season. Even Jim Thome is still producing at his age. And it’s not like the Red Sox are stripped of other options. Ryan Lavarnway, who was recently promoted to the majors, could switch off between catching and DHing with Jarrod Saltalamacchia.

Or Cherington could simply re-sign him and most likely enjoy another productive, albeit expensive, season from the Boston vet.

Either way, the situation is bound to get messy. Last offseason, Papi surprised a lot of analysts and accepted Boston’s arbitration offer. That meant that the slugger was due a raise, yet stuck with another one-year contract. With the new CBA, things are quite different. The club can make Ortiz a qualifying offer (around $13 million), which they will undoubtedly do, and he can choose either to accept it or enter free agency. If he chooses the latter, the team that inevitably signs the man (someone

will, but probably not for the type of money he’s hoping for), will forfeit their first round draft choice (unless they own one of the first 10 picks) and Boston will obtain a pick directly after the first round (basically a sandwich pick). Another scenario is
that Ortiz declines the qualifying offer yet flounders in free agency, allowing the Red Sox to re-sign their franchise player at a discounted rate.

Yep, this will get ugly.