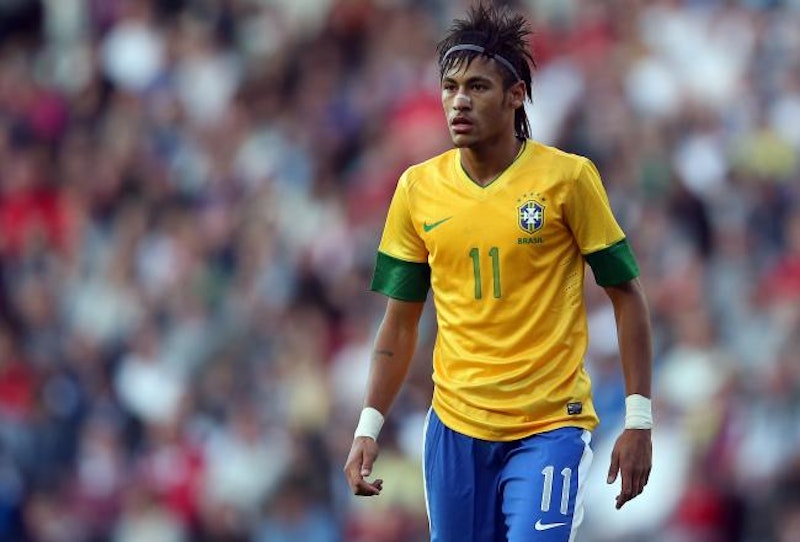 The single best aspect of track and field has to be the way it reminds us as viewers of our basic physiology, of how we’re actually built: that there’s muscle and bone propping us up under all of that dermis, that extreme velocity has consequences, that traveling at superhuman speeds has the effect of making even totally normal-looking people appear Terminator-robot bizarre.
Seriously: is there anyone anywhere who enters an Olympics genuinely stoked for Mary Carillo’s softball profiles? This Olympics, Mary appears seems to be deep into spray-on tanning binge.

Is it wrong to root against one’s own country during the Olympics? Because now and again, I find myself doing that, enthusiastically. There’s nothing intrinsically evil in competence and domination, but predictability drains sports of their sense of drama. This is much of why the New England Patriots, the New York Yankees, and Jimmie Johnson are loathed by so many, and why I won’t shed a tear for Misty May-Treanor and Kerri Walsh Jennings as they retire, and why I’m praying some other country arises to bring them to heel in the finals. Likewise: adios, Michael Phelps, and take your flogged-to-death legend with you. It’s not that I’m not proud of the guy on some level—Baltimore pride, and all that—but the rapturous coverage and hosannas heaped upon him diminishes everybody else’s struggles and accomplishments. My favorite Olympians are the underdogs of all stripes, the two- and three- and four-timers who finally nab a medal against the odds: the Olga Rypakovas, the Tony Dumaises, and so on. Somehow the numbers game—not just in the Olympics, but in everything—becomes this massive media feedback cycle that’s as exhausting as it is empty, and it has the effect of echoing into perpetuity and emphasizing the idea that success is meaningless unless on comes out on top over and over and over again.

Springboard showdowns give me the jitters. The divers just come with a Mohawk's distance of that board, lending the event this totally fatalistic edge, so that it’s like watching a car crash or a blood sport, you know? All of which side steps the age-old question as to whether diving is even actually a sport.

Just the other day I was watching this Olympic soccer match, Senegal vs. Mexico, when it occurred to me that big-time, serious international soccer is boring. Collegiate and pre-collegiate American soccer is played on a reasonably sized field, and there’s a collapsing-domino logic to it where motion trails the ball wherever it goes because the players on both teams are to some extent confined to an area of that field; it’s exciting in the way that basketball everywhere is exciting, because the action shifts rapidly back and forth. But international soccer fields are enormous expanses, and watching an international soccer match is like watching a very tedious game of chess. Three whole minutes of game play could consist of watching defensive players on one side pass the ball back and forth, in a sort of game of keep away from members of the opposing team, before deciding in a psychic way to return the thing to the goalie, let him sort it out. Stimulating and dull, all at once.

Why is Ryan Seacrest even anywhere near Olympic coverage?