The AL West Is Wide Open

The Rangers have lost some ground, and their rivals are looking to capitalize. 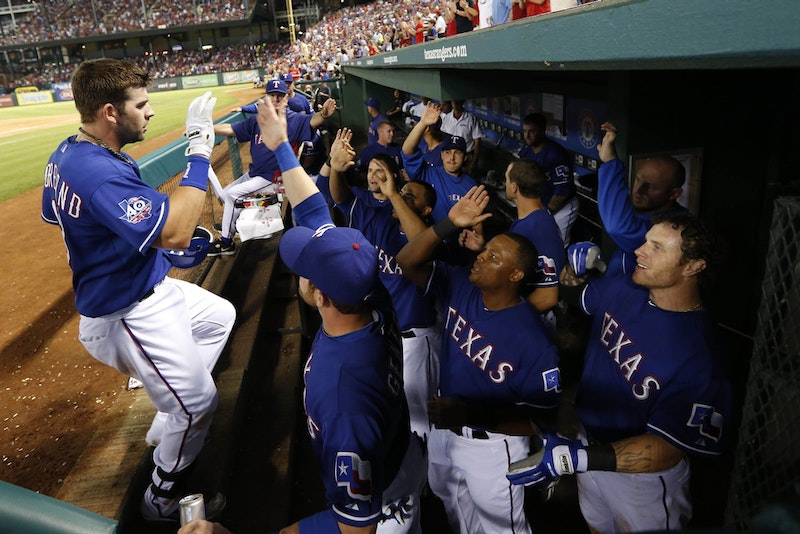 Teams hardly ever perform as expected. For example, on paper, the Phillies looked primed to win another division title. Obviously, that won’t happen. The Orioles are doing the exact opposite. No one pegged Baltimore’s perennial loser as a Wild Card contender. I thought they’d perform worse than ever (I still don’t expect a playoff berth). The Nationals, another great story of 2012, are tied for the most wins in the majors! Analysts often cited Washington as a promising dark horse during the pre-season, with the general consensus saying that 2013 was their year, but who could have predicted they’d be this good this soon. The point is: anything can happen between April and September (and 2012 is a very weird year). Luck plays a huge factor in the standings, and even though some teams are worthy of October play based on talent and depth alone, they won’t make the cut. Injuries, trades, under-performance, and yes, luck, have skewed the standings, like they always do, and are still considerably shaping the AL West.

The Yankees will win the East. The Tigers and White Sox are battling for the Central. The two Wild Cards are up for grabs. Most surprisingly, however, is that the Rangers haven’t yet locked up the West. Even though their record is identical to New York’s, 63-45, the two teams behind them are hot and ready to push for a division title. The Angels and Athletics, at 59-51 and 58-51, respectively, have rebounded from disappointing starts and quickly put themselves back in contention.

Los Angeles, who were under .500 to end April, have steadily improved each month since. Not coincidentally, rookie phenom Mike Trout was called up to the major leagues on April 28th, and is now the leading contender in early MVP discussions. Now, Trout may be a catalyst, Mickey Mantle duplicate, savior of baseball, or whatever you’d like to call him, but he’s not the only reason for the Angels’ swift turnaround. Albert Pujols, one of GM Jerry Dipoto’s huge offseason signings, has played like the Albert-of-old since breaking the worst slump of his career in mid-May. Torii Hunter is quietly putting together another productive season behind the plate while also positively contributing on defense for the first time in his tenure with the Halos. Mark Trumbo, a man without a position to start the year, now leads the club with 28 home runs, but is trailing off after a hot start.

The Angels are especially well-positioned for a late run at the division because of their insane pitching staff, one that drastically improved over the trade deadline. Jered Weaver, Dan Haren, and C.J. Wilson are a fantastic top three, probably tops in the majors, but adding Zack Greinke into the mix, who is one of the best pitchers in baseball, makes the staff even more devastating. Haren has admittedly underperformed. The right-hander is an undeniable ace, even if he isn’t playing like one. A recent DL stint has hopefully given the 31-year-old some rest and refreshed him for the stretch run. If Haren is on his game, the Angels rotation rivals Philadelphia’s legendary staff of 2012. Most importantly, with the bevy of talent Los Angeles is currently carrying, they have the best shot at beating the Yankees in a possible playoff match.

Don’t count the Athletics out either. Every objective thought in my body tells me to squash the hype, but really, how can you not root for them? Every single aspect of the current club reeks of Billy Beane. Seemingly unwanted players all acquired for overrated ones this offseason. Josh Reddick, Seth Smith, Jonny Gomes, and Bartolo Colon were either rotting on the free agent market or labeled redundant by their forming teams. Beane traded Trevor Cahill, a pitcher he’d recently signed to a multi-year extension, for Jarrod Parker and Ryan Cook, two players who have been instrumental in Oakland’s success (and are getting paid the league minimum). Cahill hasn’t done badly thus far with the Diamondbacks, but Parker alone has been worth more fWAR. Another move, one that I was initially quite harsh on, was the signing of Cuban defector Yoenis Céspedes. Apparently more polished than most thought, the centerfielder is hitting .306/.366/.523 with 14 home runs.

Oakland’s been very lucky, but this band of misfits might actually make the playoffs. How exciting would that be? This isn’t a team reminiscent of the Moneyball era, but it’s definitely the best club Beane has engineered since at least 2006, the last year Oakland saw October play.

The AL West will be the division to watch in final months of the 2012 season. It’s very possible Texas could simply pull away with the lead, but with Los Angeles and Oakland playing so well of late, I’m starting to doubt it. The battle between the Rangers, Angels, and Athletics could wind up being the dominating story of September baseball.

Oh yeah, and then there’s the Mariners.