Schools like these possess few of the inducements that attract five-star football recruits. 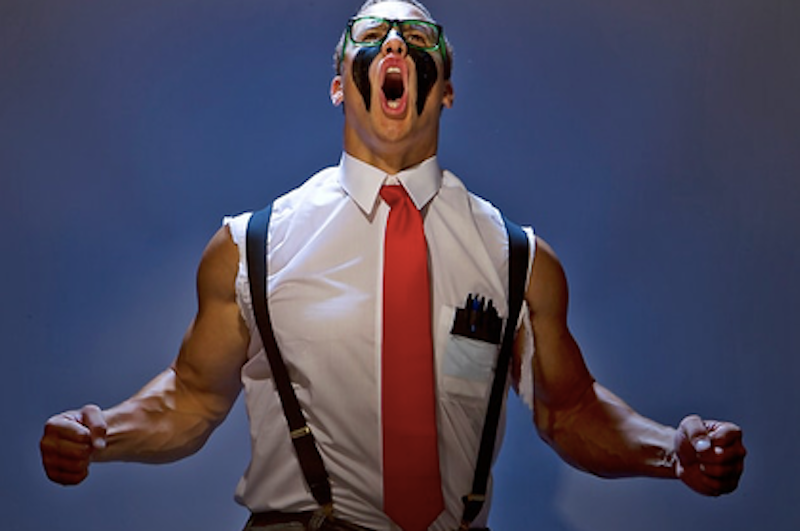 The football teams of Army, Navy and Air Force all understand their places in college football’s pecking order. The Commander-in-Chief’s Trophy was first awarded in 1972 to the winner of round-robin play between America’s three service academies, making it the de facto national championship trophy amongst schools of this designation. The team that captures the Commander-in-Chief’s Trophy each year even receives championship rings, and is often granted a celebratory trip to the White House.

In the era into which the Commander-in-Chief’s Trophy was dropped—the 1970s—the service academies had combined records of 127 wins, 194 losses and five ties, and this included games contested against one another. Navy had the best record of the three, amassing 49 wins and 62 losses over the decade. Clearly, none of these teams was going to contend for a championship of any consequence, but they were still granted an opportunity to compete for a national championship of sorts against similar institutions.

Other schools find themselves in a similar pickle. If you attend or graduated from an elite university that participates in NCAA Division I Football, you have more or less resigned yourself to the fact that your team is never going to be in a realistic hunt for the national championship. The last time a truly academically elite private university (sorry, USC) held a respectable claim on the national collegiate football championship was 1988. The last time that university wasn’t Notre Dame was essentially never.

In fact, if your small, private and academically elite university’s football team were ever to luck its way into a position where it had a reasonable shot at winning the D1 football championship, the administrative powers-that-be would consider it an unmitigated financial disaster.The majority of these schools and their teams simply don’t have the fanbases the NCAA relies upon to scoop up the tickets to championship games, sell out the hotels and restaurants of the host cities, or gobble up all of that championship swag.

For example, Northwestern University has to campaign in Chicago on an annual basis to beg for local fan support while smugly declaring itself to be “Chicago’s Big Ten Team.” Of course, this slogan flies in the face of statistical facts: Back in 2011, representatives from Northwestern lamented that, among Big 10 schools, only Penn State had fewer active alumni living in the Chicago area than Northwestern.

Outside of the Southern states, hardly anyone knows Vanderbilt University is in Nashville. Honestly, if you asked an average Northeast football fan to locate Vandy and guess where the Commodores play their games, some might guess it would be situated in Asheville, North Carolina, because that’s where the Vanderbilt family’s Biltmore Estate is located.

Then there are the private institutions that seem to eschew fan support as if a connection with the plebeians would somehow debase the eliteness of their brands. This comes naturally to Stanford University, which has long been nationally promoted as the West Coast epicenter of innovation, with its clarion call to intrepid, young brainiacs to use Stanford’s classrooms as the testing grounds for the next round of lucrative tech startups spawned within its walls, like Google, LinkedIn, eBay and PayPal.

This designation also suits Duke University, which genuinely appears to wall itself off from the remainder of Durham. If you live in the heart of Durham and attempt to purchase Duke gear in person, either you need to drive to Duke’s campus bookstore or… that’s pretty much your only option. The lone store close to campus that carried Duke’s athletic wares—The Duck Store—closed down a year ago. A friend of mine who works at Duke Hospital had to place a special request to have an undergraduate friend snag a hat from Duke’s campus bookstore so that she could present it to her father as a gift.

You can order Duke merchandise online, but that isn’t really the point. Eleven miles away in Chapel Hill, you can’t walk down Foster St. without being deluged with opportunities to purchase Tar Heels gear. You can call me unduly skeptical, but it appears Duke University doesn’t want to make Blue Devils merchandise too accessible to non-students living within its own city. If you’ll willfully torpedo the embracability of your teams within your home city, how could you possibly do what’s necessary to support a football superpower if one were to magically materialize in your laps?

Their dispositions toward the rabble aside, schools like these possess few of the inducements that attract five-star football recruits. In an era where the size of stadiums and the caliber of the facilities is of paramount importance, Duke didn’t even remove the goofy running track from Wallace Wade Stadium until 2015. Until then, it looked like a glorified high school field.

Given the self-imposed limitations of these schools that care about their U.S. News Best Colleges rankings far more than they care about the AP Top 25 rankings of their football programs, I’m suggesting that Stanford, Northwestern, Duke and Vanderbilt form a covenant similar to that of the service academies. All four are national universities with Division I football programs, all four have fewer than 10,000 undergraduates, and all four are regularly ranked amongst the top 15 academic institutions in the nation. Most importantly, none of the schools belongs to the same football conference, so contests between them could be built into special meetings if the buildups were managed properly.

Over the course of the collegiate football season, the four schools could compete for a trophy meant to symbolize the preeminent football program amongst the small, private universities with rigorous academic standards. Better yet, in an era of meaningless bowl games, the teams could enter into a gentleman’s agreement to compete in a postseason, elimination playoff series of their own. Under this format, there would be some real stakes and significance attached to the outcomes of their postseason contests.

Through this manner of competition, the football teams from these schools could compete for gridiron supremacy amongst comparable institutions with similarly lofty entrance requirements, and vie for a meaningful distinction that would mean something to its alumni instead of being used solely to inflate the winning records of the power schools within their respective conferences. After all, these schools are constantly competing to fill both their athletic programs and their classrooms from the same pool of students, so why not take the competition to the field in a formal or semi-formal setting? At least that way they wouldn’t have to close out their football seasons by deluding themselves into thinking they were successful by eking out bowl eligibility with a five-win season.