Mourning a Friend I Never Met 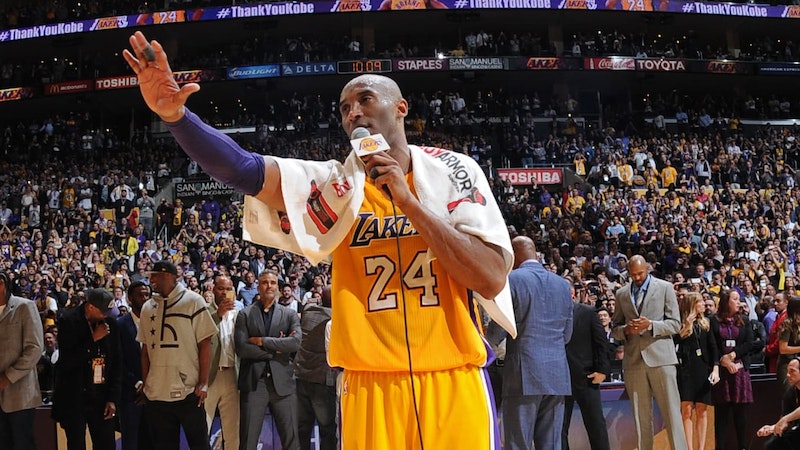 When I heard the news of Kobe Bryant’s death, my first instinct was to call my father. My dad died in October and we’d always bonded over the Lakers. I yearned for his voice to help me make sense of Kobe’s passing.

I spent the next week immersing myself in news articles, sports talk and old Kobe YouTube clips. I spent hours on the phone with friends commiserating and speculating on the cause of the accident. I drove to Staples Center and walked among thousands of grieving Lakers fans. We stared at the flowers, photos and makeshift memorials. No one wanted to accept reality. Kobe Bryant, 41, Los Angeles’s favorite son, was gone.

Kobe was complicated. He was brash, petulant and often rubbed people the wrong way. There was the sexual assault accusation in Colorado and the feud with Shaquille O’Neal. In the 2006 playoffs against Phoenix, Kobe refused to shoot costing the Lakers the game in order to prove that his teammates were awful. His own coach Phil Jackson wrote that Kobe “was uncoachable.”

Kobe was a basketball prodigy. His skill set was unmatched and work ethic legendary. To watch Kobe play basketball was like watching Baryshnikov dance or Bobby Fischer play chess. His jump shot was elegant, his footwork sublime. He was a tactical master able to exploit opponent weaknesses and psych out rivals with Jedi-level trash talk. Unlike anyone since Michael Jordan, Kobe’s strength was his tenacity and his willingness to do whatever was necessary to win a game. This is why Lakers fan loved him. He became a role model for how to live life with passion and commitment.

On the day Kobe died, Los Angeles went into shock. People were confused. If Kobe dies, what chance do the rest of us have? Everyone glued themselves to their phones waiting for news updates. When the revelation came that Kobe’s daughter was also involved, people lost it.

Speculation immediately arose about the cause of the accident. The morning was foggy. Law enforcement helicopters were grounded. Yet Kobe’s pilot was given permission to fly. Everyone I spoke with asked the same question. Did Kobe urge the pilot to fly despite the dangers? This seemed like a Kobe move. Or did the pilot himself feel pressure to please his A-List client?

It was reported that Kobe and his daughter received communion at an Orange County church prior to the accident. This prompted a friend to suggest that Kobe accomplished his duties on earth and was now being called back to God. But what about his daughter, I asked. “Sometimes people get swept up in the energy fields of others.” My friend, like everyone else, was trying to make sense of the senseless.

Watching an interview with Tracy McGrady on ESPN, I heard a story about Kobe’s early days. McGrady shared how 17-year-old Kobe predicted his future in the NBA, how he’d win multiple championships, win the MVP and score more points than Jordan. All of this came to fruition. Then McGrady added a coda. Kobe used to say, “I want to die young. I want to be immortalized.”

When I heard McGrady’s words, I recalled a biblical passage about the power of the spoken word. “The tongue has the power of life and death.” Kobe’s will was indomitable. Combined with his passion, he was able to impress upon his subconscious a vision of his fame and success. Kobe spoke his future into existence. Did his statement about dying young play a part in his destiny?

Kobe always wanted to be better than Michael Jordan. His primary competitor in this regard was LeBron James. The night before the helicopter accident, LeBron eclipsed Kobe’s career scoring total. Kobe was gracious, tweeting “Much respect my brother” (his final tweet). But less than 12 hours later Kobe was dead. The sequence of events is surreal. LeBron breaks Kobe’s record threatening Kobe’s pursuit of immortality. Kobe dies in a tragic accident and his name is immortalized forever.

Kobe brought me so much joy his death is like losing a friend. I’ve always yearned for life to make sense. Kobe’s death makes no sense. We’re all going to die. This is a fact that unites us and gives life meaning. Maybe the only lesson is to appreciate every moment since we don’t know when our final day will come.