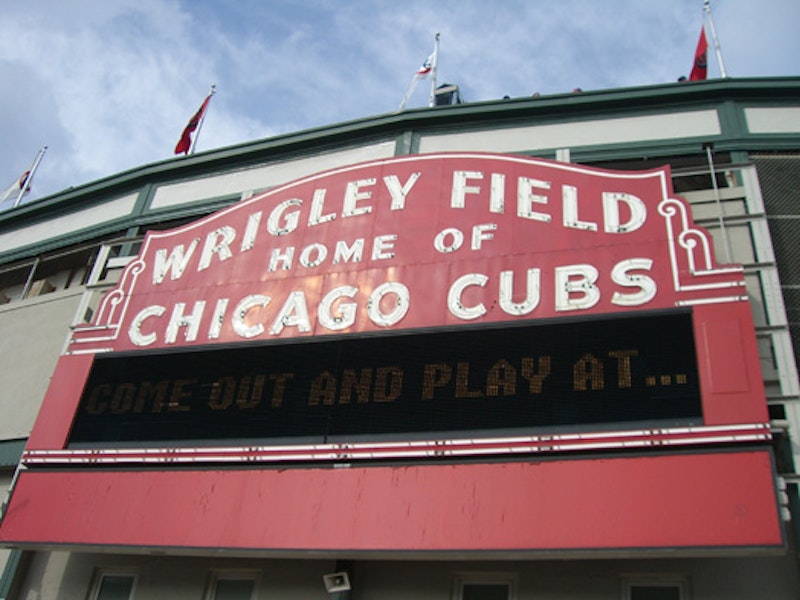 The San Francisco Giants' World Series victory, their second in three years, may be particularly disheartening for the Chicago Cubs. The Cubs haven't won a Series since 1908 and despite a wealth of financial resources and potential young power hitters Chicago is woefully thin on pitching. Chicago won't be copying San Francisco's blueprint any time soon.

It's fitting that the conclusion of the baseball season typically falls around Halloween. Baseball history is riddled with stories of superstitions and curses. The Cubs' century-long championship drought has been blamed on curses before; from the Billy Goat to diehard fan Steve Bartman. Could it be that one-time Cub Johnny Kling is the real cause of Chicago's cursed ball club? Christy Mathewson seemed to think so.

I checked out Amazon last week in search of something to read, and quickly found an e-book titled Pitching in a Pinch, or Baseball from the Inside written by Hall of Famer Mathewson available as a free download. The book is terrific, though it's best when consumed in short bursts. Mathewson spins some incredibly detailed stories involving his contemporaries and manager John McGraw. If you love baseball history, politically incorrect nicknames, and early 1900s baseball jargon then Pitching in a Pinch is for you.

One of the tales that Mathewson tells centers on Cubs' catcher Kling. The Cubs won four National League pennants between 1906 and 1910 and won the World Series in 1907 and 1908. Kling was the starting catcher for those dominant Cubs teams and a major factor in the club's success. In a chapter dealing with the acceptable and unacceptable way to steal signs Mathewson tells the story of the 1910 Cubs and their World Series loss to Connie Mack’s Philadelphia Athletics. According to Mathewson, the Cubs lost the series because the Athletics' hitters knew what pitches to expect. The Cubs pitchers placed the blame squarely on Kling.

Despite Kling's valuable presence on Chicago's championship clubs he made for an easy scapegoat for the battle-weary Chicago pitching staff. Mathewson contends that Philadelphia third base coach Topsy Hartsell was stealing signs from Kling. The fault fell not to Hartsell's thievery ("honest" stealing was permitted) but to Kling's carelessness with his signs. The Chicago pitchers wouldn't speak to Kling following the series.  Mathewson states: "This was really the cause of Kling leaving the Cubs for Boston in 1911."

Kling began the 1911 season with Chicago but hit just .175 in 27 games. Despite being a valuable member of multiple World Series champions Kling was jettisoned to the Boston Rustlers. Boston finished the 1911 season with a record of 44-107. It was a drastic fall in the standings and reputation for Kling.

The Cubs haven't won a World Series since Johnny Kling was made a scapegoat by his own pitching staff and sent packing. Could it be that the real curse on the Cubs' franchise is a disgruntled and wrongfully accused backstop? While it's highly unlikely that Kling cursed the Cubs we can't say the same for that blasted pitching staff. It's been over 100 years since the Athletics pounded Cubs pitching and the Northsiders are still trying to get it right,