Mid-season acquisitions could determine the outcome of this World Series. 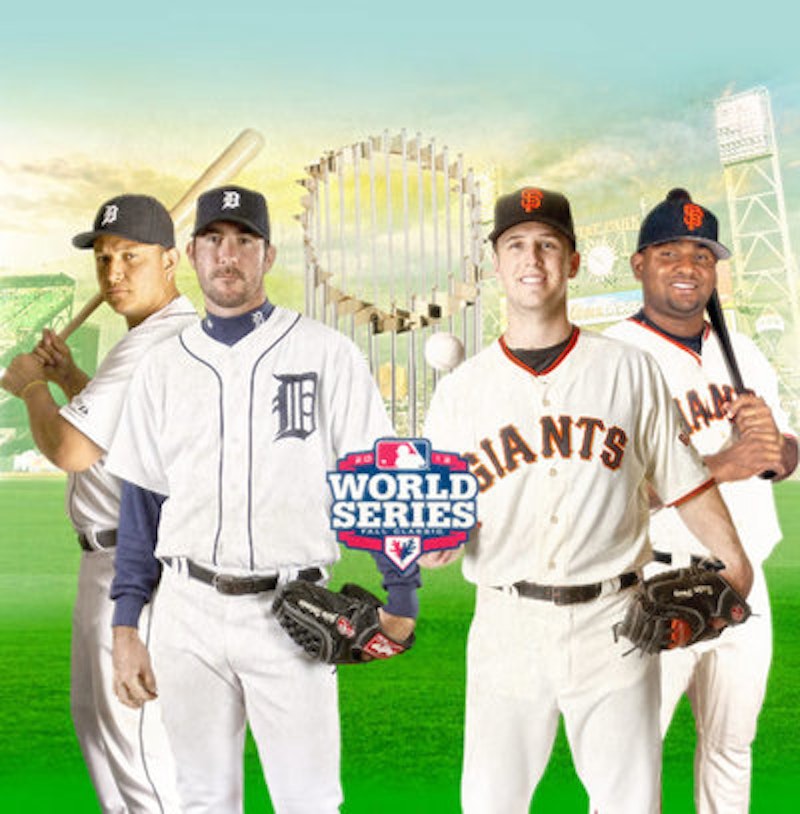 While pre-Series accolades were heaped on stars like Justin Verlander, Miguel Cabrera, and Buster Posey, a quartet of mid-season acquisitions could play a huge role in determining the outcome of this World Series.

Marco Scutaro won the NLCS MVP award after going 14-for-28 and scoring six runs in the seven-game series. Scutaro has been the perfect complimentary player for the San Francisco Giants, hitting behind leadoff man Angel Pagan and in front of Pablo Sandoval. Scutaro was traded from the Colorado Rockies to the Giants in late July for minor league infielder Charlie Culberson. After posting a disappointing .674 OPS in four months at hitter-friendly Coors Field, Scutaro went on a tear upon his arrival in San Francisco. The veteran infielder hit .362 and knocked in 44 runs in just 61 games with the Giants.

Scutaro's October to remember took another strange bounce in Game 1 when he reached base after a bounding ball bounced off of third base just as Miguel Cabrera was set to field. Scutaro, a free agent following this season, is making a case to stay by the Bay with his postseason heroics.

San Francisco also added outfielder Hunter Pence at the trade deadline. The Giants parted with highly regarded catching prospect Tommy Joseph, minor league hurler Seth Rosin, and reserve outfielder Nate Schierholtz to acquire Pence from the Phillies. Pence slumped this season after posting a .871 OPS with the Phillies and Astros in 2011. In 59 games with San Francisco, Pence hit just .219 with a .671 OPS. The move for Pence took on increasing importance in mid-August when Melky Cabrera received a 50-game suspension for using PEDs.

While Pence struggled at the dish he did manage to make his hits count knocking in 45 runs on just 48 hits as a Giant. Like Scutaro, Pence has also benefitted from some October magic as he delivered an unconventional three-run broken-bat double in NLCS Game 7 that somehow hit his bat three times. Pence is arbitration eligible following the season. He earned over $10 million in 2012 and could be in line for a raise after setting a career high with 104 RBI. The Giants will have a tough decision to make on Pence's future after the World Series.

The Tigers made their own splash at the deadline calling on yet another Marlins' fire sale to bolster their starting rotation and find a solution at second base. Detroit dealt top pitching prospect Jacob Turner to Miami for right-hander Anibal Sanchez and infielder Omar Infante. The Tigers also traded their 2013 supplemental round draft pick, the first trade of a draft pick in MLB history, to Miami in the deal.

Infante hasn't made anyone forget Lou Whitaker but he did stabilize the second base spot for manager Jim Leyland. Detroit employed the underwhelming duo of Ryan Raburn and Ramon Santiago at second prior to Infante's arrival. Sanchez fared well down the stretch for Detroit pitching to a 3.74 ERA and a 57/15 strikeout-to-walk ratio in 12 starts. The 21-year-old Turner may come back to haunt the Tigers. After posting a 8.03 ERA in three starts for the Tigers, Turner turned in a 3.38 ERA and 0.98 WHIP in seven starts for the Marlins. There's no telling how Turner would have responded to the pressure of a pennant race but he may soon be viewed as the one that got away by Tigers' fans. Sanchez will have the chance to secure his own place in Motown baseball lore when he takes the mound in Game 3 on Saturday with the Tigers down two games to none.