Matt Wieters never lived up to his hype. 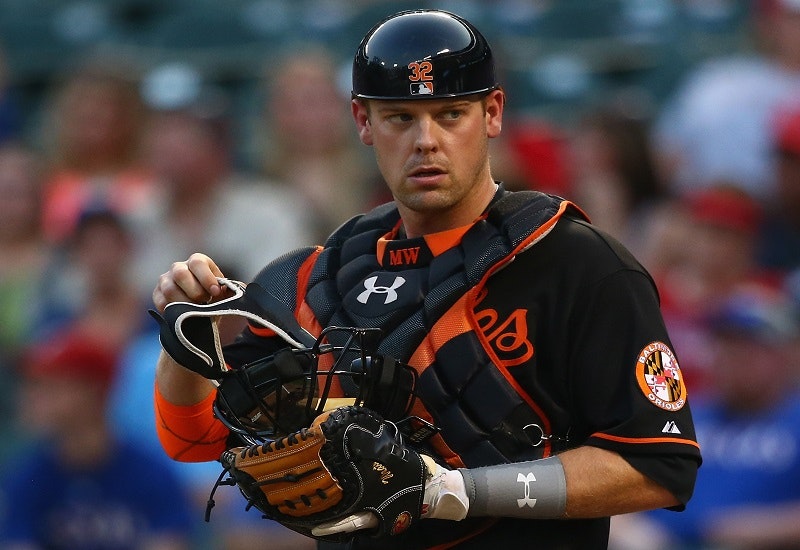 Matt Wieters arrived in Baltimore in 2009 amid much fanfare. The fifth overall pick of the 2007 MLB draft will leave the Orioles with a portfolio of unfulfilled expectations.

The O’s sealed Wieters’ fate when they signed veteran catcher Welington Castillo on Wednesday to a one-year deal worth $6 million. Castillo will slide into Wieters’ former role as the primary catcher. Castillo’s contract reportedly includes a $7 million player option for 2018.

The deal is a win-win for Baltimore. Castillo should make up for the loss of Wieters’ bat and his short-term deal won’t block top prospect Chance Sisco. The worst-case scenario is a total commitment of $13 million for two seasons worth of solid offensive production and questionable defense. The Orioles paid Wieters’ $15.8 million last season for questionable offense and defense.

Castillo’s arrival closes the book on Wieters’ time in Baltimore. He never lived up to the nicknames that preceded his major league debut, but few players could legitimately be called Switch-Hitting Jesus or Mauer with Power. Wieters seemed to be on the rise when he posted a 3.5 WAR as the Orioles made the playoffs in 2012. I remember watching that 2012 team playing October baseball and thinking about Wieters leading the next decade of O’s teams. The hope was that if he couldn’t be Joe Mauer he’d at least be Jason Varitek, Boston’s dependable team captain and steadying force.

The Orioles have flourished since that 2012 playoff run. The team has finished .500 or better in each of the past five seasons, but Wieters’ impact has been minimal. He’s posted a combined WAR of just 3.8 over the past four seasons. Tommy John surgery cost him most of the 2014 season and half of 2015 season. Castillo comes to Baltimore not to replace the Switch-Hitting Jesus but instead to replace a 30-year-old catcher that never reached his potential.

Now Wieters will head to Atlanta, Detroit, or some other team, likely on a short-term deal similar to Castillo’s, in hopes of reestablishing himself as a premium catcher. Perhaps another season removed from Tommy John surgery will do him good. Wieters never materialized as a savior but did at least help save us from another decade of atrocious baseball. I wish Wieters the best and will fondly remember his contributions to the Orioles’ recent renaissance.

Castillo arrives in Baltimore as a placeholder. His presence buys some extra development time for Chance Sisco. The 21-year-old Sisco will likely spend most of the 2017 season at Triple-A honing his game-calling and receiving skills. When Sisco is ready for big league action Castillo’s modest contract shouldn’t serve as a deterrent. Dan Duquette’s first major move of the offseason gets a modest thumbs up. Now it’s time to find some corner outfielders.