The Orioles need to sign Machado to 10-year contract. 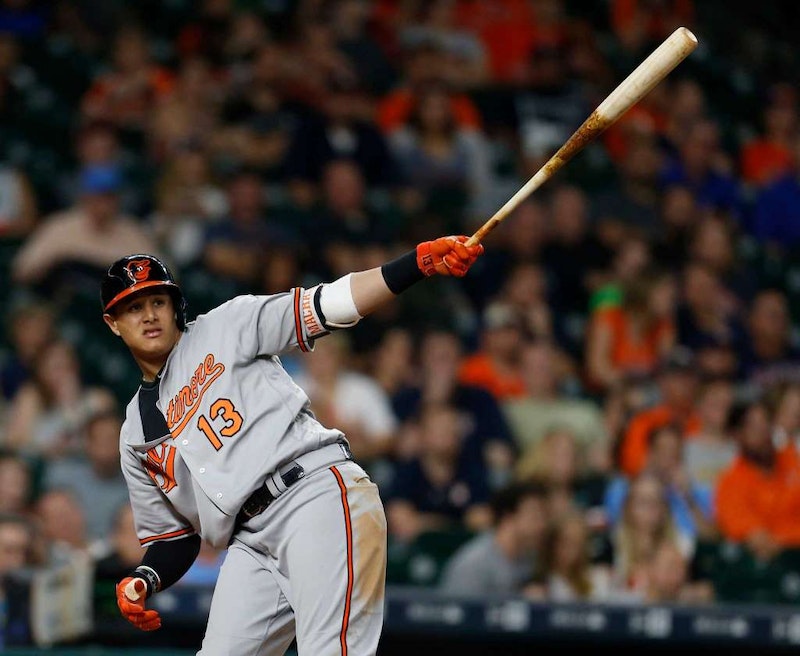 The Baltimore Orioles have been embroiled in a court case with the Washington Nationals over television rights fees for years. It would take nearly that long to explain the particulars. If interested just Google: MASN dispute. The short story is that the O’s essentially own MASN, the regional sports network, and therefore pay the Nats for the right to broadcast games on television. The Nats would like more money from MASN, which they’re probably entitled to. MASN (read: Orioles) doesn’t want to pay the Nats more money because why would they.

This MASN dispute has loomed over the Orioles for years. The team conveniently pulls out the unsettled MASN case whenever they don’t want to make any definitive statements about the financial future of the ballclub. The Orioles send out their army of MASN “reporters” to spout the company line whenever the team loses out on a free agent or trades for the likes of Wade Miley at the trade deadline. The MASN dispute is repeatedly called upon as a ready-made excuse for half measures.

Which leads me to my greatest Christmas wish, a new long-term contract for Manny Machado. I’d love to wake up tomorrow to discover that the O’s signed Machado to a 10-year contract for $300 million. I’d be less surprised if I woke up with my head sewn to the carpet. Machado can be a free agent following the 2018 season, which means that 2017 is probably his last year in Baltimore. Without a long-term commitment the Orioles will most likely trade Machado next offseason rather than lose him for draft pick compensation. I can already hear the comments spewing from the warehouse about how the lack of resolution to the MASN dispute didn’t allow the O’s to re-sign Machado.

My last Christmas wish as a Baltimore sports fan is a two-part request. Mike Mussina, who left the Orioles after the 2000 season to join the Yankees, garnered 189 votes of the 330 required for Hall of Fame enshrinement last season. The 2017 vote will mark Mussina’s fourth year on the ballot. He’s likely to make a significant jump forward in his vote total. Mussina probably won’t quite get to the required 330 votes but I hope he does.

If Mussina does somehow manage to make it to Cooperstown in 2017 I hope that he goes in wearing an Orioles’ cap. As a fan I never blamed Mussina for spurning Peter Angelos’ dollars to join the Yankees. Mussina played 10 of his 18 seasons in Baltimore where he made five All Star squads and pitched in the ALCS in 1996 and 1997. The man we affectionately called Moose notched 147 of his 270 career wins as an Oriole. He also posted a better ERA (3.53 vs. 3.88) and WHIP (1.17 vs. 1.21) while with the O’s. As an imported mercenary Mussina could never reach the level of affection reserved for other recent Yankees greats like the Core Four and Bernie Williams. When Mussina makes it to Cooperstown I hope he does it as an Oriole.