As usual, Baltimore made no major moves at winter meetings. 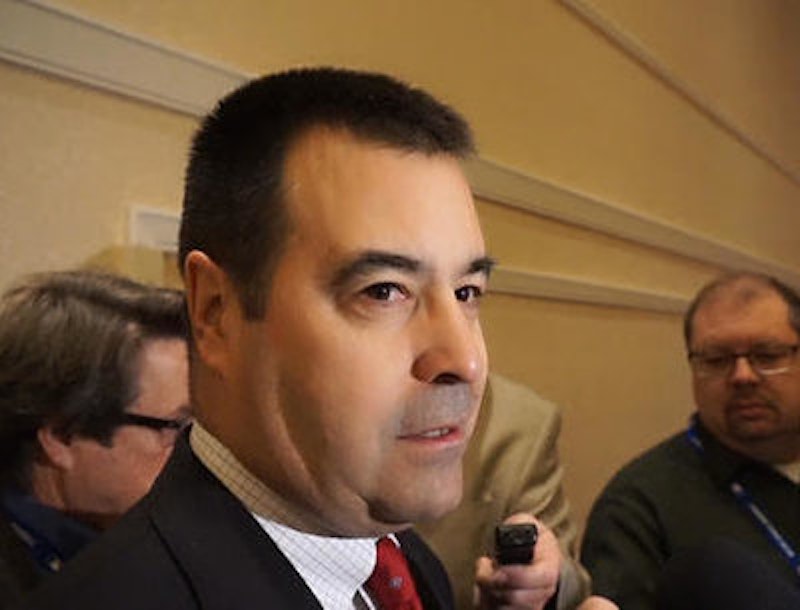 Major League Baseball’s annual Rule 5 Draft is typically overshadowed by the flurry of transactions during the Winter Meetings. As fortunes are handed over to free agents and blockbuster trades fill the headlines the comings and goings of some flawed prospects rightfully take a back seat. Except in Baltimore.

Under Dan Duquette’s leadership the Orioles have become the preeminent connoisseurs of the Rule 5 Draft. Over the past few seasons Duquette has plucked a reserve infielder, lefty reliever, hard-throwing prospect and potential right fielder for the puny $50,000 draft fee. This week, Duquette selected two young outfielders.

The Orioles added Aneury Tavarez from the Red Sox and the Indians’ Anthony Santander. They’ll be added to Baltimore’s muddled outfield picture. The team has had a revolving door at the outfield corners since Nick Markakis headed for Atlanta following the 2014 season. It’s unlikely that Tavarez and Santander will both stick with the Orioles for the entire 2017 season but there is opportunity to be had.

The 24-year-old Tavarez struggled after a promotion to Double-A Portland in 2015. He had another shot at Eastern League pitching in 2016 and took advantage of it. Tavarez batted .335 to go along with a .379 on base percentage while raking 19 doubles and 13 triples. Tavarez is reportedly a suspect defender but O’s fans may hardly notice after watching Mark Trumbo’s act in right field.

Santander is from Venezuela and an impressive hitting prospect. The 22-year-old batted .290 with 42 doubles and 20 home runs in the Carolina League in 2016. It was Santander’s first full minor league season, and by far his best. He’s also described as a suspect defender by the scouting reports I’ve read. His bat will need to carry him, which is asking a lot of a player jumping from A-ball to the big leagues. Santander is reportedly dealing with a shoulder injury, which may offer a clue to the Orioles’ intentions.

The O’s have a hole to fill at DH and right field as both Trumbo and Pedro Alvarez are free agents. The team’s been linked to free agent Michael Saunders and Curtis Granderson of the Mets. Baltimore also has Triple-A slugger Trey Mancini as a potential designated hitter and 2015 Rule 5 selection Joey Rickard as a possible platoon outfielder. The selections of Santander and Tavarez give Buck Showalter a few more players to evaluate in Spring Training in the event that the team fails to add a veteran outfielder or Rickard is slow to return from the injury that cost him the second half of his rookie season. At a minimum Tavarez can’t be any worse than Nolan Reimold who, for some reason, was allowed to bat 203 times last season. If Santander’s shoulder woes linger into the spring it will be a welcome development for the O’s. Baltimore could stash Santander on the disabled list before sending him on an extended minor league rehab assignment during the season.